How to cure last night’s hangover before hitting the course 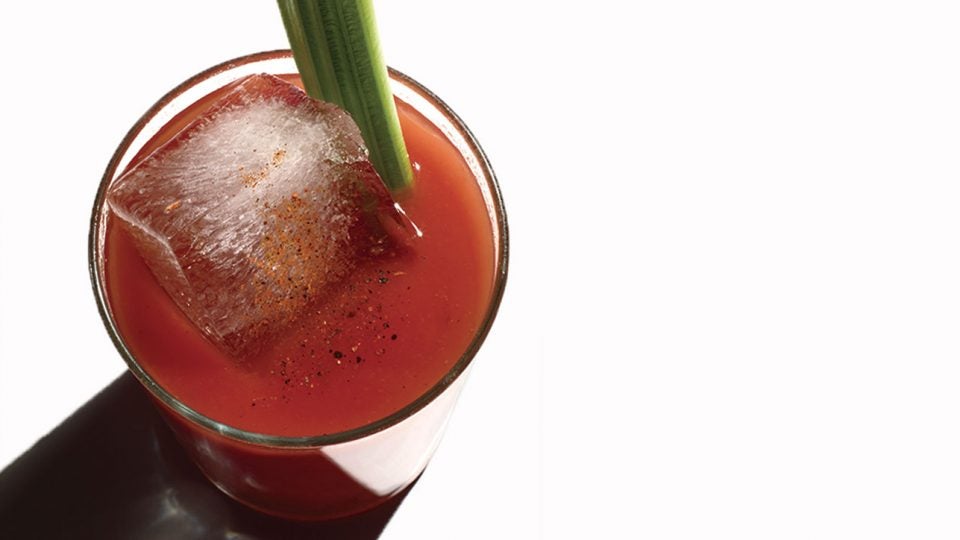 Think the Bloody is your best friend for nursing a hangover on the course? Think again.
CREDIT: Trunk Archive

Twice have I whiffed — if we use the term strictly to describe a lifetime’s earnest attempts to strike a golf ball — and I’m afraid I must insist on that, as no amount of time and space would suffice to rattle off even a compendium of my foibles in toto.

They, the whiffs that is, occurred in rapid succession on a frigid Friday morning, which arrived all too hastily after excessive pursuit of happiness during a long-ago Thanksgiving holiday. A dozen or so friends and family were gathered on the frozen ground surrounding the tee box, many feeling the worse for wear. Based on what happened next, it’s more than fair to assert I was leading the field in hungover. The fates were against me, as the opening hole was a par 3 requiring a middling iron.

As I addressed the balls, that was the first thing I noticed — there were two of them. I focused on the closer one, and put a move on it that surely resembled a man falling from a ladder after accidentally electrocuting himself. The clubhead struck the icy ground some six or nine inches behind the ball or apparition (one couldn’t be certain which) and ricocheted upward, missing both. Had it been a longer hole, I’d have likely gotten away with a dropkick driver. Instead, my body vibrated like an airliner hurtling toward takeoff. Witnesses chortled, and I tried again, this time focusing on the other ball. Swing and a miss. I staved off going down on strikes by finally making contact, and as I wandered off into the frost I thought the entire episode might have been averted if I’d begun the day with a quick eye-opener. Generally speaking, I do not subscribe to hair-of-the-dog logic — it’s unprofessional, unpolished and unkempt.

Seasoned professionals should, with the exception of tailgating, wait until at least 12:01 p.m. to imbibe (which is why no professional in good standing can be a dewsweeper). I say “generally speaking” because I have, on occasion, decided that the hair of the dog would provide the path of least resistance when suffering a particularly sinister hangover. At such moments of weakness and depravity, I have found a single glass of very fine champagne is incomparable for righting the ship. Of course, superb champagne isn’t always on hand, whereas Bloody Good Eats! lesser sparkling wines are fairly common, and can do the trick mixed with any number of fruit juices (Corcoran’s Rule 207-c is to avoid orange juice under these circumstances — too acidic).

We’ll get to the Bloody Mary presently. That drink is the heavy machinery of hangover trauma treatment, but there are some tastier and easier-to-sip alternatives that can ease you to the first tee. A snort of anisette or sambuca in your coffee is quite nice. When he was living, my father-in-law would occasionally lace his coffee with anisette just for the taste of it. He was not a professional, but rather a man of moderation in all things, so anisette in coffee doesn’t feel illicit to me. (He was also the world’s worst golfer, ever. If he’d counted everything, he’d have rarely broken 250, such was the accumulation of whiffs, shanks, dribbles…good Lord, the man routinely took seven and eight putts on a hole, and many of those putts had more air under them than most of his full shots. This is true — he noticeably shifted his weight and turned his hips on putts of all lengths. And yet, I never saw anyone happier to be on a golf course. Watching him play made me want to drink, but he was immune to it all and a joy to be around.)

There are some professionals who like Irish coffee to get their gears back in sync, but it’s an insult to your whiskey. As Barry Fitzgerald’s character Michaleen Oge Flynn says in The Quiet Man, “When I drink whiskey, I drink whiskey. And when I drink water, I drink water.” So, skip the whiskey, and double or triple down on the Bailey’s Irish Cream, of which my own father once said, “You could drink a barrel of that stuff and still be standing.”

A heavy hand with the Bailey’s might just do the trick to integrate last night’s overzealousness into a tolerable day today, and by skipping the whiskey you avoid violating the spirit of Corcoran’s Rule 6. Corcoran’s Rule 6 — which, like all Corcoran Rules, has been scientifically proven through first-person research and its consequences — is that a day that begins with a hangover and a Bloody Mary is followed by an extended and even worse hangover the following morning. Simply put, the Bloody is too much firepower for easing into a day when you are already collateral damage, and opens the gate too quickly to further overserving one’s self. Not to mention, many bars substitute Clamato for tomato juice, an act for which offending bar managers should be assigned as Papillon’s cellmate.

On the plus side, the Bloody is usually adorned with a small pantry, and when you’re hungover, food is your friend. Come to that, dogs are man’s best friend, so if you’re going for the hair of one, opt for that of a breed different from that which bit you. A little Bailey’s or a glass of good bubbles can be the adorable pug to the pit bull you traded lies with the previous night.