Vijay Singh, Barbara Nicklaus and five other best things at the Honda Classic 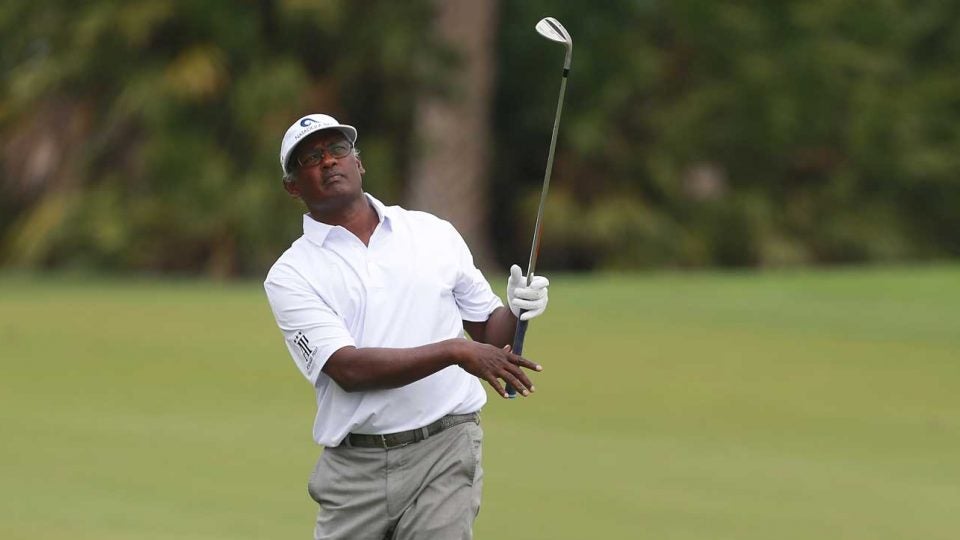 Even though three local boys are not in the Honda field here — Rory McIlroy, “playing out of” the Bears Club; Dustin Johnson, playing out of wherever; Tiger Woods, playing out of his backyard — they’re still putting on a good tournament here, in spectacular weather, on a hard course. Wyndham Clark (not named for the annual event at Quail Hollow) got in the Honda field via a top 10 last week in Puerto Rico. He’s looking for his first Tour win. Lacking that, a top 10 here will get him into Valspar, the week after next. He’s playing for his livelihood. He was college star at Oregon, fought depression after the death of his mother and can crank it out there with most anybody. His name, given and otherwise, might give you passing dyslexia, but his story is as good as anybody’s.

Vijay Singh is 56 and shot (speaking of passing dyslexia) 65 on Saturday. Nobody shot lower. People are asking, “What’s more likely, that Vijay will win or that he’ll have Sunday supper with Tim Finchem?” The answer is Sunday supper with Tim. But he’s still a pleasure to watch, fussing with his caddie, ambling along, making that languid backswing and following his own path. The PGA Tour wants the players to take six sets of steps to go from the 18th green to the scorer’s room, in the interest of security and crowd control. Vijay does an end-run around all that. #Conservation.

You’re tempted to say it’s almost too warm here, but you don’t dare. The daytime high in Fargo, N.D., on Saturday was 3 degrees.

Michael Thompson is having a confounding career. He’s made more than $8 million in Tour earnings. He had a second-place finish in the 2012 U.S. Open. He won here in 2013, his only Tour win. He missed the two cuts — at Torrey Pines and Riviera — in his two events before that win, and the last of those four rounds was an 80. You just don’t know in this game.

3. When Tiger Got his Groove Back

This is an area of wild debate, deep within the culture. For this reporter, Honda 2018 is when you could see at least glimpses of his former self. He was all over the map at Torrey Pines and Riviera. At Honda, his swing looked different, more traditional, with his head going back and up in the backswing, not staying down and centered. (Nod to Brandel here.) He rinsed two coming in on Sunday and was never really in it. Still, he was pumped when it was over. It was exciting. You could see Valspar (T2). You could see the British Open and the PGA. You could see East Lake.

When Woods was semi-contending last year, Justin Thomas was winning the event. Well, as Thomas said Saturday, “He might say he was competing, but he was pretty far back.” Thomas’s needle was out, and with Tiger that’s always a sign of respect. He likes being treated like a normal human being.

There are a lot of people in golf who call Big Jack “Mr. Nicklaus.” But his wife of 58 years is Barbara. This is her event, in a manner of speaking, a fundraiser for the Nicklaus Children’s Health Care Foundation. Barbara was here on Saturday, spreading her customary and genuine warmth. It had to be difficult, for Tiger to tell Jack he was not playing. Guys play here for a lot of reasons, and the charity and the family name behind it is way north on the list.