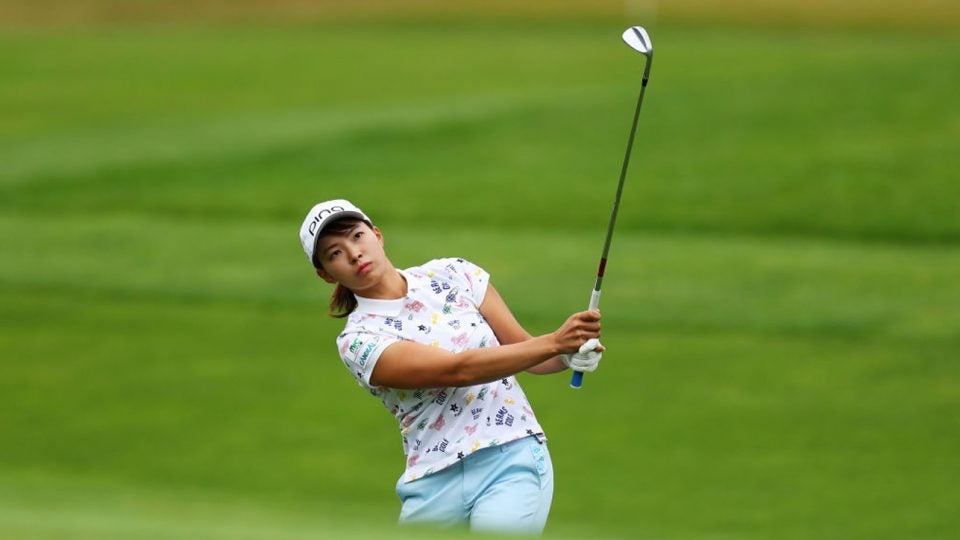 Before the Women’s British Open, 20-year-old Hinako Shibuno had never teed it up before in a major championship or on the LPGA Tour. The rookie golfer had only been playing on the Japan LPGA Tour in her home country.

Now, after one start on the LPGA Tour, Shibuno is a major champion following her victory on Sunday in the Women’s British Open at Woburn Golf Club in England. She finished the tournament with a one-shot victory at 18-under over Lizette Salas, who posted a seven-under 65 to charge up the leaderboard for the low score of the day.

Shibuno, who has earned the nickname “Smiling Cinderella”, entered Sunday’s final round with a two-stroke lead at 14-under. But Shibuno began her final round on poor footing after she double-bogeyed the par-4 third hole. She was able to bounce back with a pair of birdies at the par-4 fifth and par-5 seventh holes, but a bogey at the par-3 eighth hole would drop her to 13-under on the week.

Shibuno would make the turn for the back-nine after a one-over 37 on the first nine holes. It looked as if the experienced veterans were going to catch her. But Shibuno turned on the jets, as she racked up five birdies over the final nine holes to shoot a five-under 31 on the back-nine and four-under 68 for the entire round. It was capped off by a tournament-clinching birdie at the par-4 18th hole.

What a way to win your first major! pic.twitter.com/egdQLtjS6P

Shibuno is currently ranked 46th in the world. But after her triumph on Sunday, that ranking is sure to change. Not to mention, maybe the establishment of another household name on the LPGA Tour.