Back in October at the Central Massachusetts Division III High School golf championship, one student athlete flew by the competition, winning the tournament by four strokes. That golfer, however, was denied the title and the trophy because she was a girl. Now, Emily Nash is receiving a small amount of vindication.

According to LowellSun.com, the MIAA, or Massachusetts Interscholastic Athletic Association, honored Nash with their “‘unprecedented achievement and sportsmanship award’ at the 24th annual MIAA Sportsmanship Summit at Gillette Stadium.” 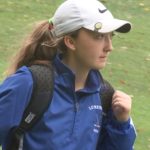 You may also like ‘Bullsh-t rule:’ Pros slam policy that denied high school golfer title because she’s a girl

The irony behind the award is that the MIAA is the very organization that denied Nash the official Boys Division III title, which included a berth in the individual state championship. The organization has an official rule that prohibits girls from entering the Boys tournament. At the time, the Central Mass. Division III tournament host Kevin Riordan told the Telegram, “We don’t make the rules, we just enforce them,” but that “[Emily] is the story of the day.” 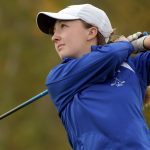 You may also like High school girls golfer beats boys, but rules prohibit her from receiving trophy, state berth

However, the MIAA Executive Director Bill Gaine did openly acknowledge and honor Nash for her feat, saying in a statement, “It was a privilege today, before almost 1,200 MIAA student-athletes, coaches and administrators, on the occasion of the MIAA’s 24th Annual Sportsmanship Summit to present and recognize Emily Nash for her outstanding sportsmanship and precedent-setting achievement at the Boy’s Division III Central MA Golf Tournament.”