It’s mid-March, and instead of suffering from an acute case of Masters fever, we get to enjoy the most prestigious event of the year thus far, the Players Championship.

All the big names are in attendance to chase the biggest purse in golf history. Here’s everything you missed from Round 1 at TPC Sawgrass. 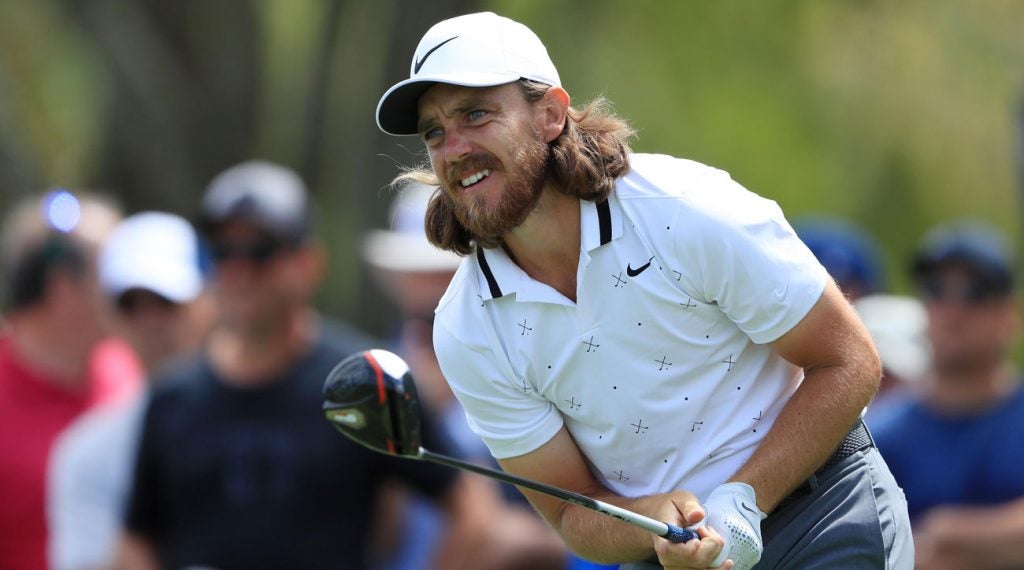 Ryder Cup hero Tommy Fleetwood and Keegan Bradley both posted the low round of the day: seven-under-par 65.

The solo leader of @THEPLAYERSChamp?@TommyFleetwood1.

Fleetwood did it in flawless fashion, with seven birdies and no bogeys, while Bradley carded six birdies, a bogey and an eagle.

Bradley is seeking his fifth Tour victory, while Fleetwood has yet to win on U.S. soil, though he does have five international titles to his name.

News
Pimp my ride! The Players Championship parking lot is a sight to behold
Tiger Woods had a good opening round

Tiger’s health was still in question until early this week, but the Big Cat quieted the doubters with an opening round of two-under-par 70.

Woods made plenty of birdies with six total (including the sweet one on No. 17 shown above), but he suffered four bogeys as well. He’s currently T35 heading into Round 2.

News
Tiger, Tiger, Tiger: Three thoughts about Tiger Woods on the eve of the Players
There are plenty of big names in the mix

Chasing Fleetwood and Bradley are a slew of big names: Rory McIlroy is only two shots back after firing a first-round 67, while Dustin Johnson, John Rahm, Sergio Garcia, Matt Kuchar and Patrick Reed are all four shots back at three under par.

Friday’s round will need to be markedly better for Tour stars Rickie Fowler, Phil Mickelson, Justin Rose and Jordan Spieth if they want to stick around for the weekend.

Fowler, Mickelson and Rose are currently T104 at two over par while Spieth made two double bogeys and four bogeys en route to a score of four-over-par 76. He’s currently T130.

Are you too good for your home? pic.twitter.com/e7GvqFat2C

News
Phil Mickelson hired college admissions ringleader, claims no wrongdoing: ‘We are shocked’
An ace and an albatross, oh my!

The highlight reel got some fine additions on Thursday, as Ryan Moore dunked an ace on the famous 17th and Harris English dropped one in from 236 yards away on the par-5 11th for a sweet and rare albatross.