Let’s face it: It’s pretty hard to walk around the UK without tripping over something “royal.” You can find “royal” car washes, laundromats, pizza joints and beauty salons all over the British Isles, and we’re guessing that few of those business owners go to work decked out in a crown, robe and scepter. What you may not know is that those proprietors actually do have to get permission from the British government to use the word “royal” (or “king,” “queen,” “prince/princess,” “duke/duchess” and “his/her majesty”) as a part of their firm’s name.

Golf courses, it turns out, aren’t exempt from the Crown’s steely gaze. According to Scott Macpherson’s 2013 book, Golf’s Royal Clubs, the practice of adding a “Royal” prefix to a club’s name began in Scotland in the 1830s, when Lord Kinnaird, the captain of the Perth Golfing Society, used his connections to wrangle a royal patronage for the club from King William IV. Within a year, the Society of St. Andrews Golfers had followed suit, and today, 66 clubs in the UK and around the world (eight in Australia, six in Canada, six in Africa, three in Asia, one in New Zealand and one in continental Europe) have secured the coveted “Royal” stamp of approval.

So what’s a fan of “royal” courses supposed to do? Are certain clubs more royal than others? We polled a group of 38 of our course raters to see if we could put together a fairly unscientific Top 10. Here’s what they had to say: 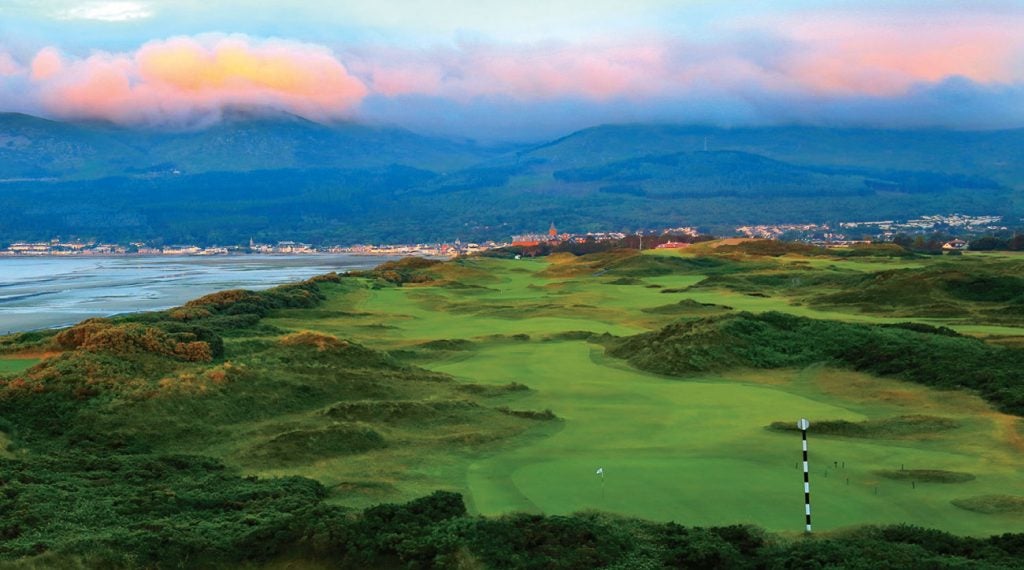 Royal County Down was founded in 1889.
Getty Images

1. Royal County Down GC
Newcastle, N. Ireland
“Is there another nine with as many world-class holes as the front nine here?”
“Gorgeous, exciting, super-challenging links.”
“Maybe the best front nine in golf.”
“The backdrops are like few places on earth. The course is challenging, but you walk off feeling exhilarated.”
“Along with Royal Birkdale, this is probably one of the sternest tests of golf of any of the royals in Great Britain and Ireland.”
“The absolute best front nine in the game.”

2. Royal Dornoch GC
Dornoch, Scotland
“Beautiful, remote golf. No. 14 is one of the best holes in golf.”
“The highland links everyone wants to play. Still improving every year.”
“If you can’t get inspired here to play a round of golf, give up the game.”
“On a sunny day with the North Sea right next to you, this could well be the best setting anywhere.” 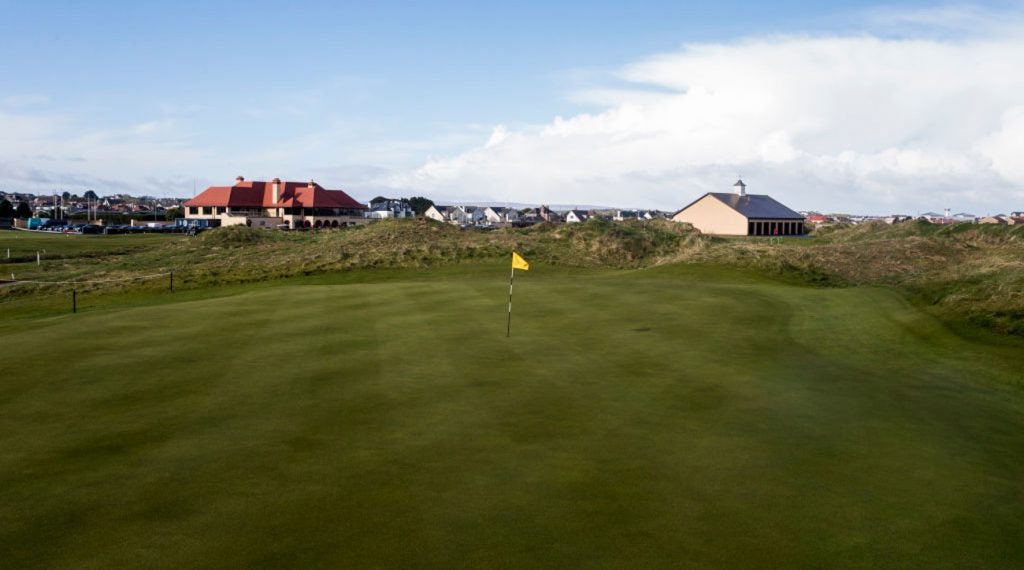 3. Royal Portrush GC
Portrush, N. Ireland
“Always a fine course, but it moved up the rankings with the changes for this year’s Open.”
“This big, brawny course can be a brute when the wind blows, but beneath the patina lies not a beast, but an elegant beauty.”
“Has always been my favorite. Great variety of holes and should be a treat for the golfing world when the Open Championship is played there this July.”

4. Royal Birkdale GC
Southport, England
“A classic links where every hole seems to be on its own. I don’t understand the critics of the clubhouse—it’s a classic Art Deco building and has even been imitated at Castle Stuart.”
“Interesting changes of direction.”
“A great test of golf and by far the best Royal in England, in my estimation.”
“It’s elegant and classy. A must-play for anyone looking to get a taste of a rota course.”
“Eliminate clubhouse architecture and this one moves up.” 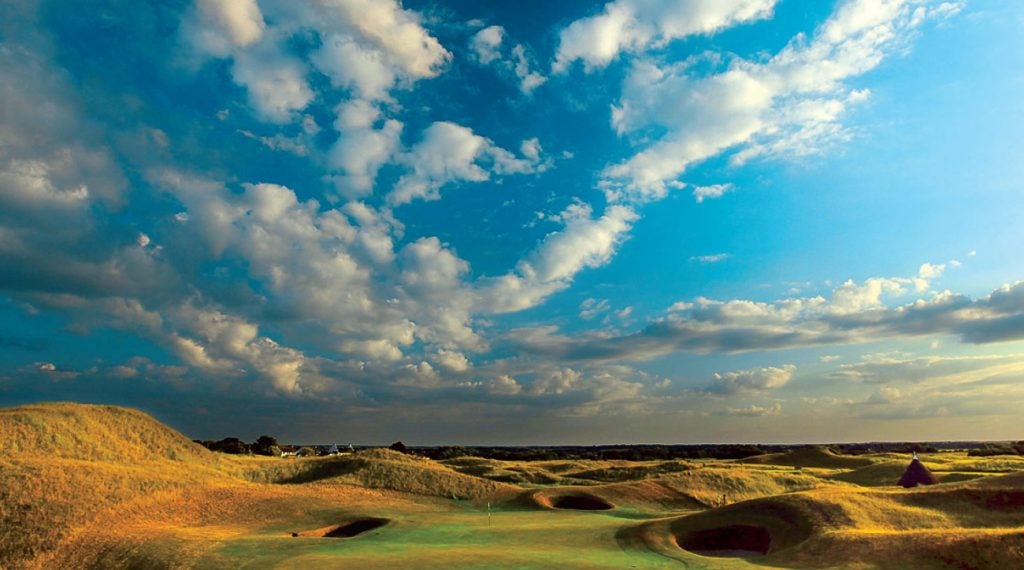 5. Royal St. George’s GC
Sandwich, England
“Stunning front nine.”
“The sand dunes can disorient the first-timer, and this course has real teeth. That said, the savvy routing gets the blood going and excites throughout.”
“The definition of ‘wild and woolly.’”
“Quirkiest of the Open venues, and perhaps the most difficult.”
“This has to be the best set of greens of all the Royal courses. Unbelievable variety.”
“Perfect time to play is in the early evening – total quiet except for the birds chirping. Setting sun produces shadows that highlight every hump and hollow of the extreme fairway contours.” 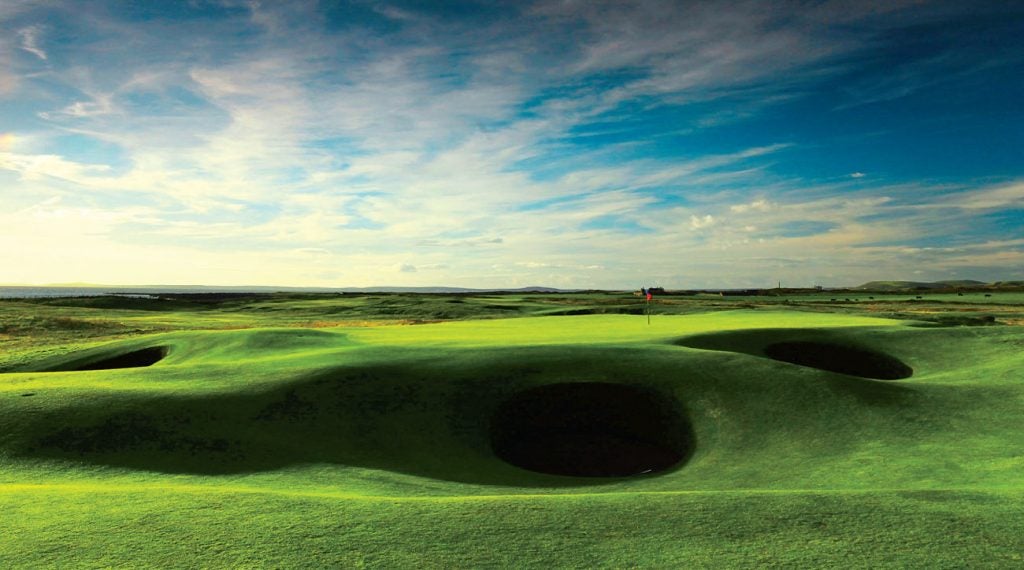 6. Royal Porthcawl GC
Porthcawl, Wales
“An underrated special gem.”
“Great design on an average piece of land.”
“I think ‘The Royal’ (as it’s known locally) is one of the most underrated golf courses anywhere. It’s not perfect—while the first hole is one of the best opening holes in golf, 18 is underwhelming. But the rumpled landforms there are like no place that I can recall. They were embraced and made for amazing architecture. The clubhouse is fantastically weird too.”
“This flies well beneath the radar, but it shouldn’t. It’s beguiling, and while not without flaws, it definitely begs for a 36-hole day. Only then can one understand its genius.”
“Very under-appreciated.”
“The routing is varied and the views of the ocean are wonderful.”
“The most underrated of all the Royal courses, with some outstanding threes and fours. A little more fun and quirky in places.”

7. Royal Cinque Ports GC
Deal, England
“Quirky in places, and brutal coming in when the wind is against you. No. 16 is a world-class hole.”
“The most underrated course on the ballot. The course can test the long hitter, especially when playing into the wind on the back nine, but still remain cute and endearing. As Sir Peter Allen quipped in Play the Best Courses, ‘If I had one last round to play, it would be at Deal.’”
“This charmer is a truly unique gem—the quirky routing and rumpled style yield great golf. A good round here may be the most self-satisfying of all the Royals.”
“Nothing flashy or glamorous, just one good hole after another.”

8. Royal Lytham & St. Annes GC
Lytham St. Annes, England
“Brings out and shows off the genius of Jones, Woods and Ballesteros.”
“Was shocked at how good it is.”
“The most- and best-bunkered course in the Open rota.”
“True links, but substantially away from the sea. The course variety is a test of all your skills.” 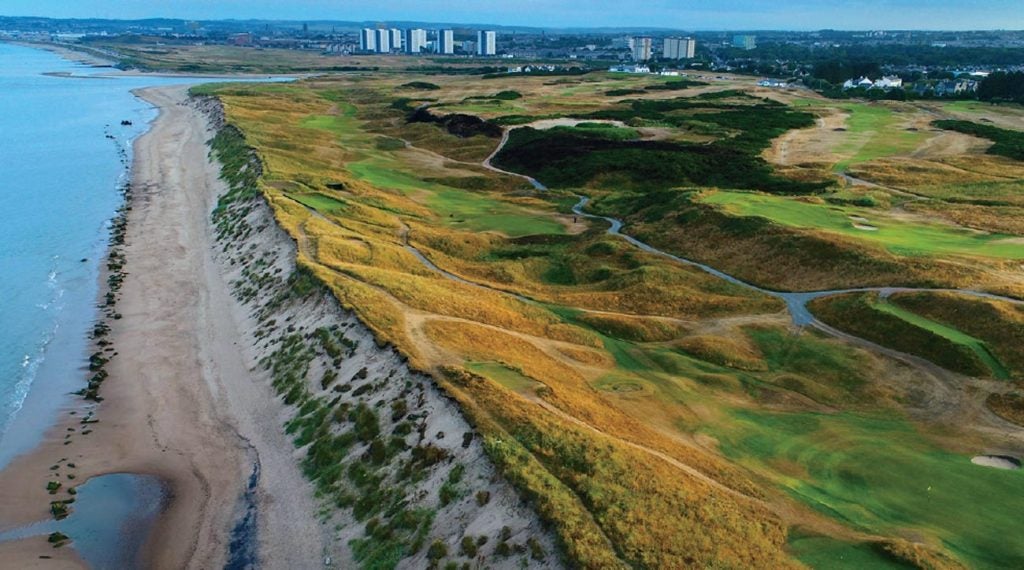 9. Royal Aberdeen GC
Aberdeen, Scotland
“The front nine is the equal of any on Earth.”
“Probably the most underrated Royal on the list.”
“Runner-up for the best front nine in the game, after County Down. That doesn’t mean the back nine is a letdown—it’s a tough test that won’t easily yield low scores.”
“Not a popular choice, but if the measure of a course is memorability, I can remember every hole at Aberdeen.”
“The front nine is special. Tough, but special. The lack of fairway width on the front nine is scary.”
“Abutting the North Sea, it’s a true out-and-back links course.” 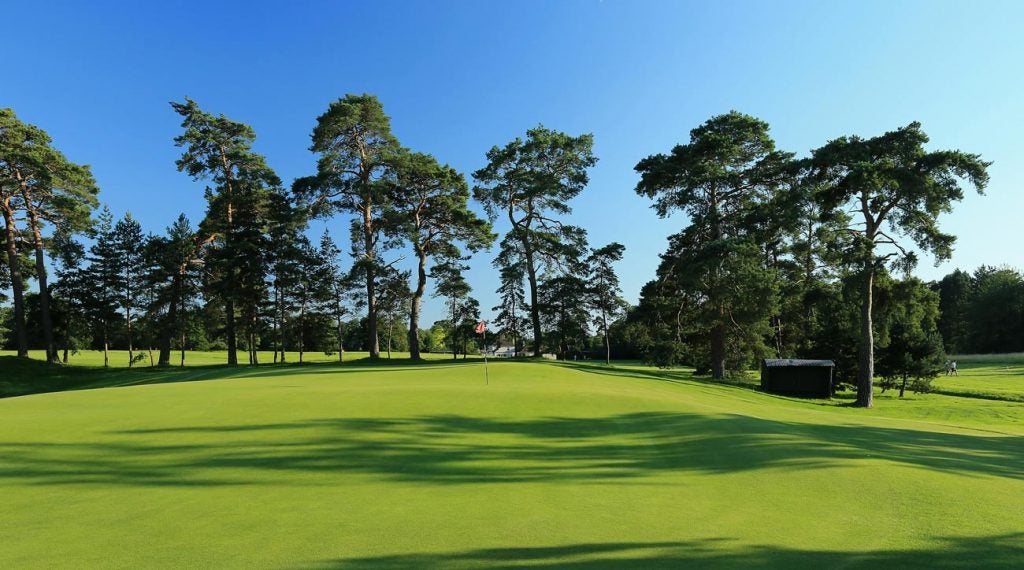