If we are learning anything as golfers in 2019, it’s that there are many ways to earn a penalty via the Rules of Golf. Perhaps we already knew that, but the PGA Tour seems to prove otherwise. Enter Harold Varner’s driver.

According to reports on site, Varner’s driver had a crack in it, which he realized during his warm up. Instead of using the driver during his round, he began his round with 13 clubs, intending to have the driver fixed and brought out to him. Varner held on to the shaft and sent for a new driver head. Sadly, that was his issue. 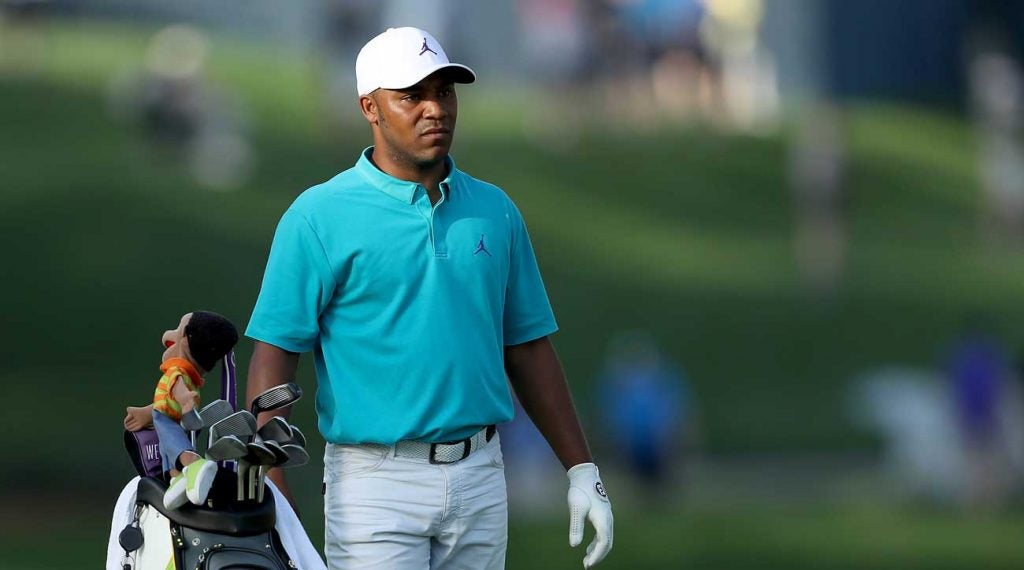 Mid-way through his round, after he had screwed a driver head onto the shaft, he was then docked two strokes for the penalty. This is not one of the new rules of golf instituted in 2019.

“This went into the book to not make it readily accessible for somebody to carry a different driver head or different shaft and assemble it during a round,” said rules official John Mutch. “It doesn’t mean they can’t do it, it just means they can’t do it with something that’s been carried during the round.”

Unfortunately for Varner, outside influences didn’t help him. He apparently left the shaft on the tee box for his agent, but a walking scorer picked it up assuming Varner wouldn’t want it left behind. Varner then held onto it until he was brought the driver head. In the end, Varner carded a 2-over 74 in his first round.