Haotong Li shoots electric 63 early Sunday at Birkdale. Was it better than Grace’s 62? 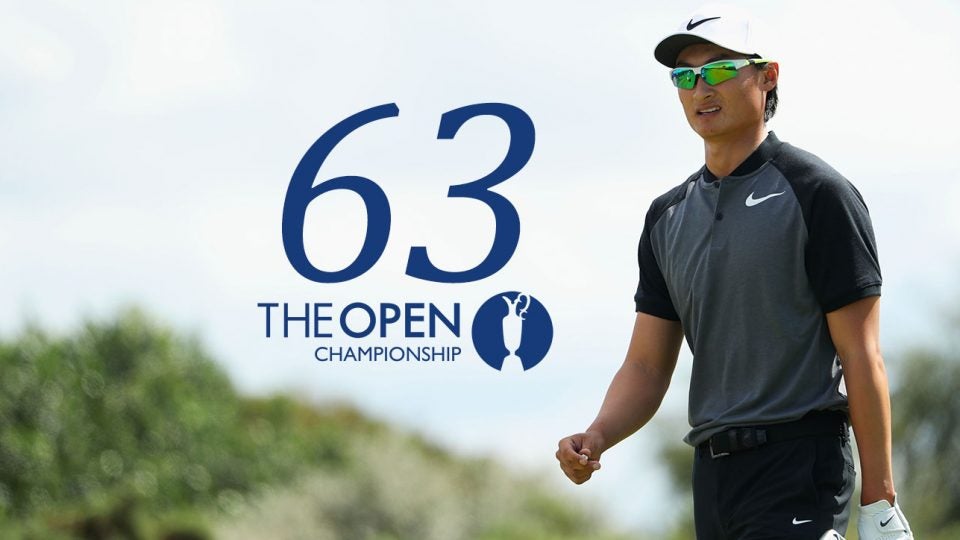 Sure, Branden Grace made history Saturday, but it was Haotong Li who may have assembled the best round of this British Open with a 63 Sunday at Royal Birkdale.

The 21-year-old Chinese star made seven birdies (all of them on the final 11 holes) including four in a row to finish, with no bogeys on his card. He is the sixth player to shoot 63 in the final round of a major.

The run vaulted him all the way to a solo third place at six under for the event. Beyond that, it likely earned him a 2018 Masters invite as the top four and ties automatically qualify for next season’s first major. Afterward, it appears he had no idea of the bonus.

Haotong Li would get in the Masters if he remains top 4. He had no idea. “Wow!” he said. “What a gift.” #TheOpen