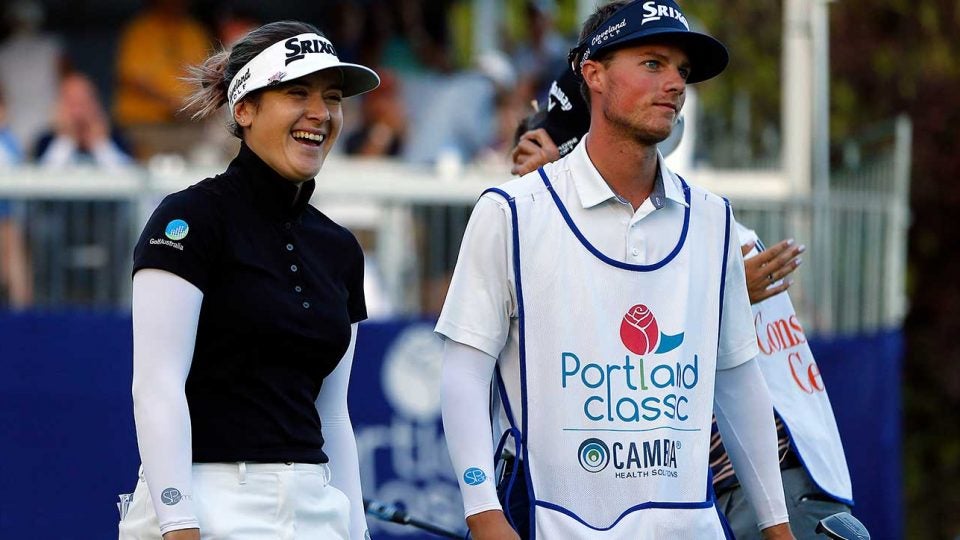 Hannah Green was all smiles after her win in Oregon.
Getty Images

Hannah Green turned it up down the stretch and 18-year-old Yealimi Noh and her Cinderella story made two crucial mistakes.

Green closed with a five-under 67 on Sunday at Columbia Edgewater Country Club in Portland, Ore., to overcome a three-shot deficit and win the Portland Classic. Green made birdies on 15 and 17 to get to 21 under overall and stood on the 18th tee tied with Noh, and Green’s par on 18 was good enough to win. Noh bogeyed two of the last three, including the 18th hole.

We're tied at the top with one hole remaining!

That winning putt❗️@hannahgreengolf fires a final round 67 to win her second @LPGA Tour event! 🏆🇦🇺

Noh turned pro in February and Monday qualified for the Portland Classic. She entered the final round leading by three.

Green, a 22-year-old Australian, finished 21 under overall and claimed her second win of the season. She also won the KPMG Women’s PGA Championship at Hazeltine in June.