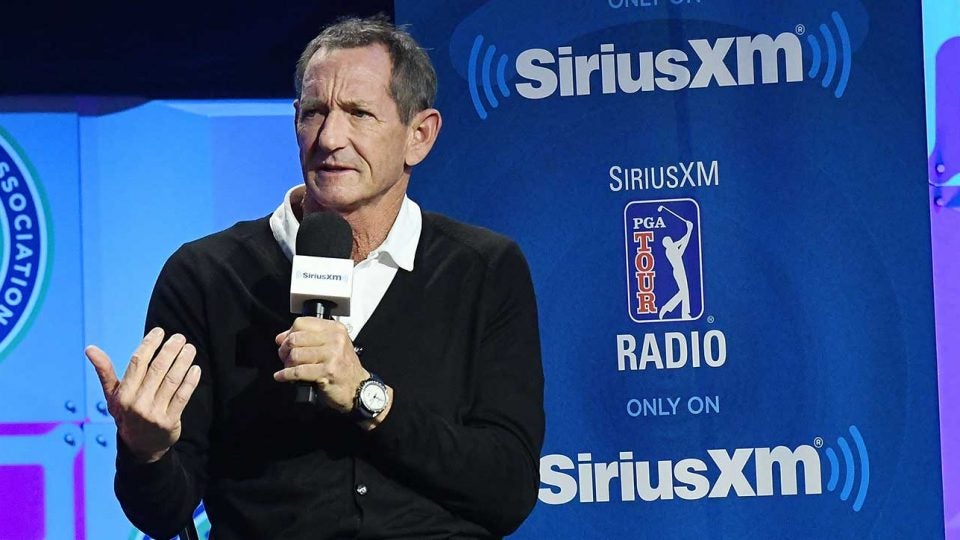 Hank Haney was suspended by the PGA Tour on Thursday.
Getty Images

Hank Haney tweeted during the final round of the U.S. Women’s Open on Sunday doubling down on his statements that got him suspended, but clarifying that they should have originally been worded more carefully.

On Sunday night, as Jeongeun Lee6 was putting the finishing touches on her U.S. Women’s Open victory at the Country Club of Charleston, Haney responded to an apology tweet he originally sent out on Wednesday.

“My prediction that a Korean woman would be atop the leaderboard at the Women’s U.S. Open was based on statistics and facts,” he wrote. “Korean women are absolutely dominating the LPGA Tour. If you asked me again my answer would be the same but worded more carefully.”

Lee6 later won by two for her first major title, and Haney followed her victory with another tweet (misspelling the winner’s name).

“Congratulations to Jeougean (sic) Lee6 on your great win at the U.S. Women’s Open. Who’s The Great Predictor now Steve Johnson @steveyrayj I knew a Lee would win.”

Congratulations to Jeougean Lee6 on your great win at the US Women’s Open. Who’s The Great Predictor now Steve Johnson @steveyrayj I knew a Lee would win.

Haney, the one-time swing coach of Tiger Woods, opened his Wednesday show on SiriusXM PGA Tour radio with derogatory comments that eventually led to his suspension. During a predictions segment, co-host and fellow instructor Steve Johnson told him it was U.S. Women’s Open week.

“I’m gonna predict a Korean,” Haney said. “That’s gonna be my prediction. I couldn’t name you, like, six players on the LPGA Tour.”

“Nah, maybe I could,” Haney said. “Well, I’d go with Lee. If I didn’t have to name a first name, I’d get a bunch of them right. I don’t know… Lexi Thompson… Michelle Wie’s hurt. I don’t know that many. Where are they playing, by the way?”

Sunday’s winner, Lee6, plays primarily on the Korean LPGA Tour, and she uses the “6” in her name since there are five other players on the KLPGA with her exact name.

Haney later apologized for his remarks and on Thursday the PGA Tour and SiriusXM released a joint statement, saying “Mr. Haney’s comments on women’s professional golf were insensitive and do not represent the views of the PGA Tour or SiriusXM. The PGA Tour is committed to and proud of the increasingly diverse makeup of our fan base, not to mention the power and accomplishments of the game’s world-class, global players — both on the PGA Tour and the LPGA, whom we are working with more closely than ever before. SiriusXM proudly covers and supports both women’s and men’s golf and the athletes that make them great. At the PGA Tour’s instruction Mr. Haney has been suspended from the SiriusXM PGA Tour Radio channel. SiriusXM is reviewing his status on SiriusXM going forward.”

Woods even commented on Haney’s suspension, saying “he got what he deserved.”