The Open Championship returns to Royal Portrush and Northern Ireland for the first time since 1951, when Max Faulker took home the 80th edition of the event. Quite a bit has changed since then.

For one, golf is televised now. For another, this publication exists to document the tournament.

News
The Open 2019: Is Rory McIlroy facing more pre-tournament pressure than any golfer ever?

Golf fans will likely watch at home this week, eager to find their way onto Portrush to play for themselves. That spectator should be forewarned: it’ll surely cost far more than it did in 1951 to do so. While no record exists of exactly how much it cost a member of the public to play on Portrush back then, today’s price comes close to what Faulker won for his Open victory.

Faulkner took home £300 for that win. Today, it will cost you £220 to play 18 on one of Europe’s most esteemed courses — the Dunluce Course, which is hosting The Open. That translates roughly to $274. A pricy trip, no doubt, but one some golf enthusiasts will undoubtedly deem worthwhile. 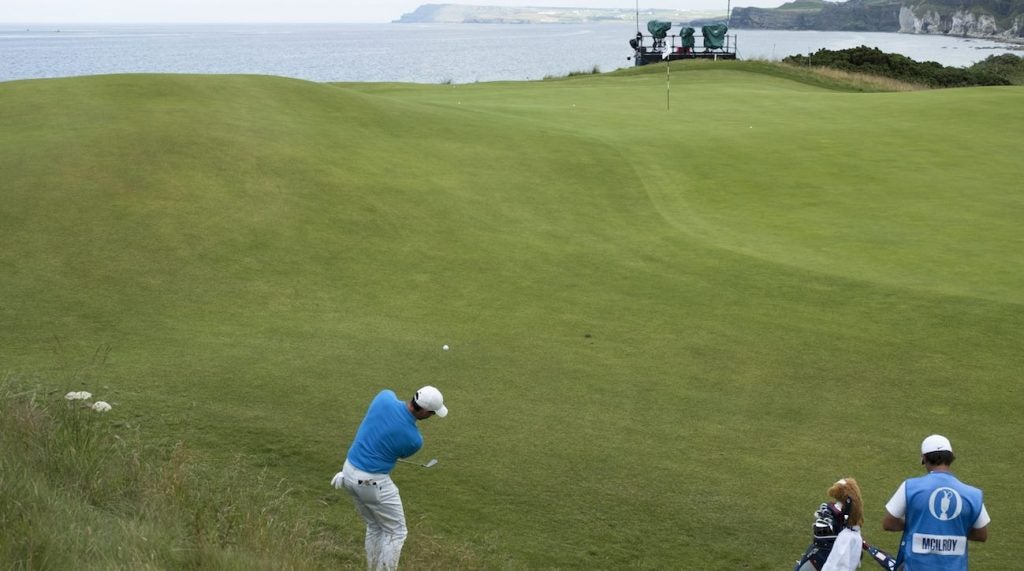 Rory McIlroy chips onto the 5th green during a practice round of the Open Championship at Royal Portrush.
Ian Rutherford-USA TODAY Sports

Portrush is a private club, but does welcome visitors at that fee. During April and May, the price drops to £205 and the winter rate (November and December) is just £90.

If you’d like to make the trip, but maybe not splurge quite that much, you can get on the Valley course for far less. Getting on there will cost just £50, and just £25 in the winter months.

So maybe it’s best to layer up, brave the elements and play for cheaper during those winter months. The way links golf was meant to be played.