Augusta at auction: This Masters memorabilia sold for an insane amount

Want your own piece of golf history? Think it would be cool to own a green jacket? Though it might seem difficult, it is possible. Green Jacket Auctions is one of your best sources for living out that dream.

The auction house, which will be rebranding soon, typically holds three auctions per year, and has existed since 2006. In the last 13 years, some impressive pieces have sold in the online auctions, and for some even more impressive prices. Yes, even a few touching six figures. Check out the list of the 13 most expensive items auctioned by GJA below, the large majority having to do with the Masters and Augusta National.

Was Ouimet’s victory at the 1913 Open the greatest game ever played? It was in Hollywood, and it lead to one of the greatest prices of an item auctioned off by GJA. The gold medal went for $80,736 with the proceeds being kicked back to the Francis Ouimet Scholarship Fund.

Another item you can use! Though, this one will be a bit more difficult. The square toe of this club leaves a bit to be desired, but considering its centuries-old age, it’s really a thing of beauty. It cost the buyer $82,026.05.

Casper won the 1970 Masters in a rare 18-hole Monday playoff against Gene Littler, which ended up being the final 18-hole playoff to decide the fate of the green jacket and the winner’s trophy. His silver piece sold for $88,809.60.

This is the kind of item that would look great on a mantle. Just Sam Snead’s simple, silver trophy glimmering under the light. It cost the buyer $94,152, though. So start saving. 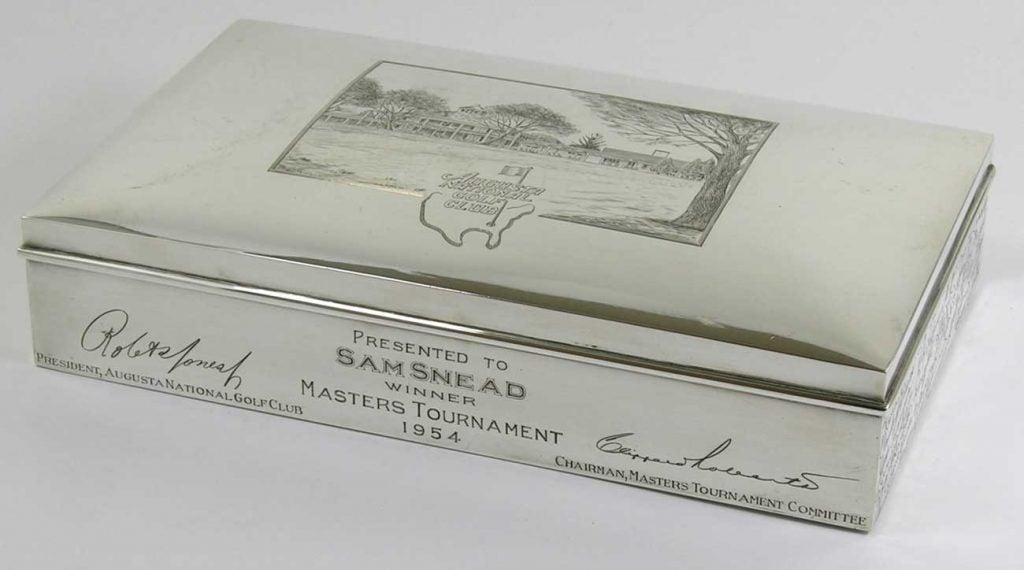 This famous trophy was awarded to Casper only after he dueled against Arnold Palmer in an 18-hole playoff at Olympic Club. Casper rallied from two shots down on the back nine for the win. The winner of the auction caughed up $95,176.80 for it.

For my money, nothing beats an auction item you can actually use. Just be careful! This putter is an ultra-exclusive from Arnold Palmer’s final major victory, in which he won a third green jacket by six strokes. Augusta National + Arnie + Age = $97,690.80

Why buy one item when you can buy 11? That’s at least part of the prize for whoever bought these 11 putters hand-crafted by Scotty Cameron in the mid-90s. Remember, these are all victorious putters, so that adds some value when you consider who used them: Tiger Woods (x3), Justin Leonard and Ernie Els, among others. Total price tag: $107,460 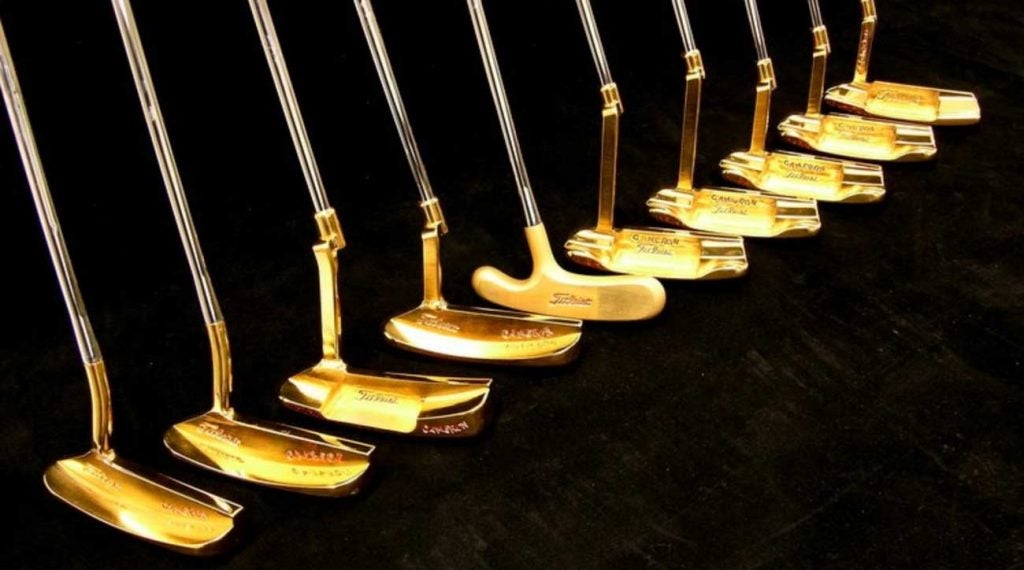 A trio of Tiger Woods winning putters are located within.
Greenjacketauctions.com

Perhaps the most intricate tale of an auction item, this jacket was found in a Toronto thrift store and purchased on site for $5. Its starting bid kicked things off at $5,000 and its final price finished at $139,348.80. Not bad for second hand!

This thing is a behemoth — weighing 45 pounds — and sold for a gigantic prize: $220,752.85. That price seems even bigger than expected given that no famous name is attached to it.

The King’s estate included a Masters trophy from each of his four wins, but one of them landed in the hands of a seller after plans for a museum folded. All the better for a potential buyer, especially one willing to fork over the final price of $444,012.

The first Masters champion ever passed away in 1963, but his green jacket lives on in golf auction lore. It was one of the most sought after pieces for a long time and sold in the summer of 2013 for a whopping $682.229.45, or a full 25% more than any other good auctioned off by GJA. 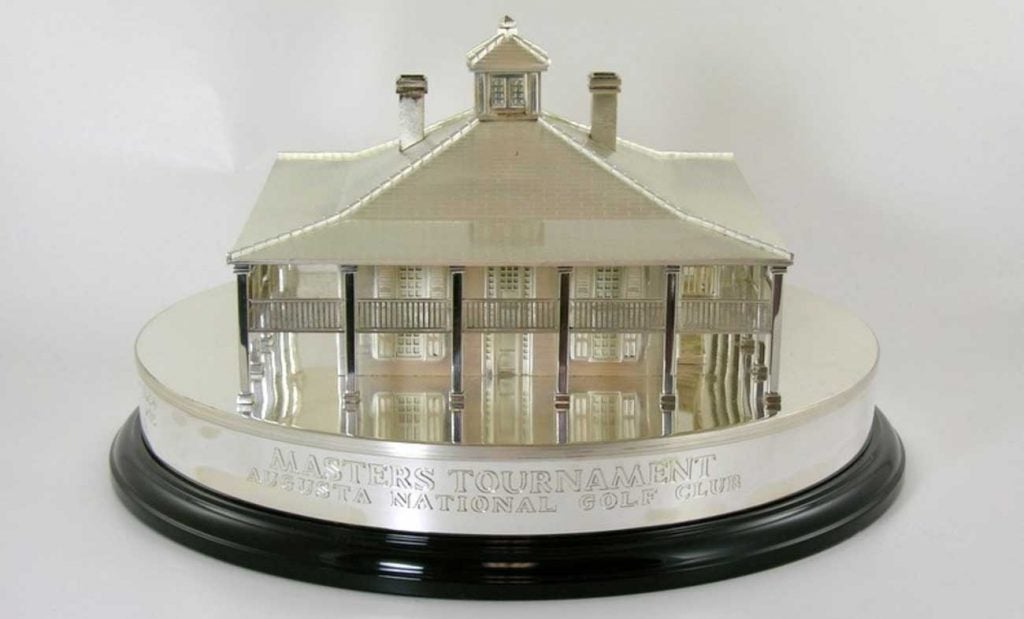