Graeme McDowell looks rejuvenated at Riviera. He might also be ready to win again 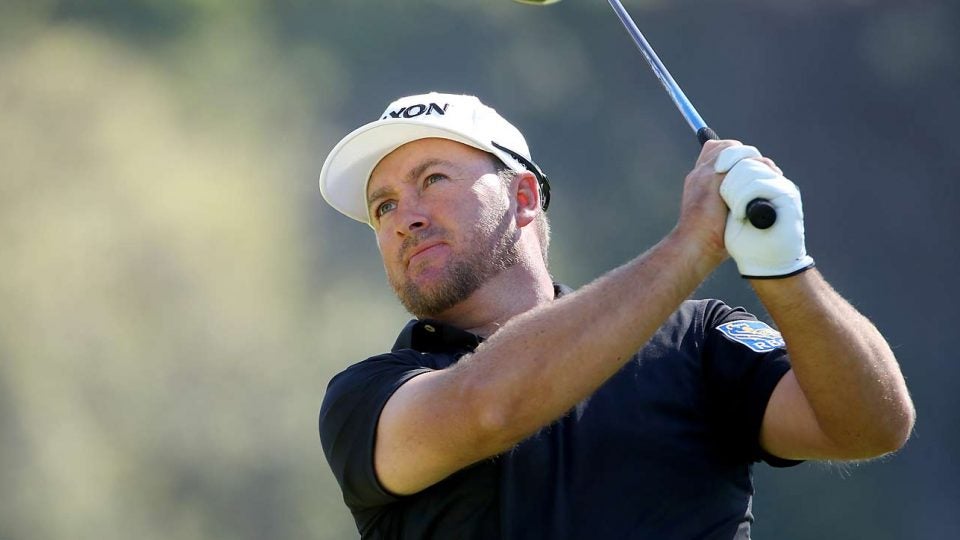 PACIFIC PALISADES, Calif. – A week ago at Pebble Beach Golf Links, Graeme McDowell reminisced about his greatest moment in golf when he won the 2010 U.S. Open on Father’s Day. Just before he teed up, he and his father embraced and McDowell apologized for his failure to buy him a gift.

“It’s a long time ago, isn’t it?” McDowell said as he finished retelling the story.

Long enough for McDowell, 38, to dip from No. 13 when he hoisted his major trophy to No. 219 in the Official World Golf Ranking entering this week at the Genesis Open.

Rumors of his demise may be greatly exaggerated. McDowell carded a 1-under 70 at Riviera on Saturday – his third straight sub-par round – and trails 54-hole leader Bubba Watson by two strokes heading into the final round.

McDowell will be seeking his first victory since the 2015 Mayakoba Classic, but he already termed this week a success. For the last few seasons, McDowell’s game has been in steep decline. Rock bottom for the Northern Irishman came this fall at the CJ Cup in Korea when he was paired with long-bomber Tony Finau.

“He decimated me off the tee,” McDowell said. “I realized I’d gone from being a middle-of-the-pack guy to one of the Tour’s shortest hitters. My driver was tearing my heart out last year.”

After the round, he and his loyal sidekick, caddie Ken Comboy, commandeered fellow pro Cameron Smith’s Trackman and de-lofted McDowell’s driver setting as low as it could go. He settled on 9 degrees loft, a change of more than 2 degrees, and while the lack of spin took getting used to, his ball speed returned and he estimated that he found an extra 15-25 yards.

Truth be told, McDowell suffered through several fruitless seasons, in part because he took his eye off the ball. Years of painstaking, meticulous, disciplined, intelligent, hard work had made him a champion. The demands of success on his time made that same level of commitment impossible. McDowell has various business interests from a clothing line to an ownership stake in a pair of restaurants. Since winning the U.S. Open, he’s married, had children, and moved houses. Life took its toll.

“Sometimes he was showing up at tournaments trying to find his game,” Comboy said.

McDowell has rededicated himself to toiling on the practice tee. Over the Christmas break of the Tour’s wraparound season, he spent seven hours at Lake Nona Country Club in Orlando, near his home, working on his game. When he walked in the house, his wife, Kristin, greeted him and said something very telling: “That brings back memories of how it used to be when I first met you.”

McDowell and Comboy agree that his game has been trending in the right direction for the past few months with nothing to show for it. He narrowly missed the cut at two European Tour events in the Middle East and by a bunch at the AT&T Pebble Beach Pro-Am last week. All he said was missing was a dose of confidence.

“It’s down towards E at the minute,” he said.

Could this week be the spark? Comboy, for one, thinks so.

This is an important year for McDowell, who is in the final year of exempt status for his victory at Mayakoba. He has considered the worst-case scenario should he lose his PGA Tour card at the end of the year, and realized he’ll still get starts as a past champion and have status on the European Tour. But what if he can win tomorrow and rejuvenate his career? This is a Ryder Cup year and the site of the biennial competition is Le Golf National near Versailles, France, where he has twice won the French Open. McDowell, a former European Ryder Cup hero, wants nothing more than to make the team, but he also is trying to focus on what he can control.

“I think standing here right now it’s probably not a realistic goal, but if I continue to play the way I’m playing for the next few months, it may start to be a realistic goal,” McDowell said. “Deep down I know I’m good enough, but I’ve got to show, I’ve got to put some results on the board. I’ve got to take care of business.”

McDowell said he is trying out a new mindset, playing with a carefree attitude he called “Dustin Johnson golf.” Nothing, he said, could go so wrong tomorrow that he would fail to take something positive away from this week. The opportunity to be in contention in a state where he’s won three times – the U.S. Open and twice the Hero World Challenge when it was played at Sherwood Country Club – has provided the jolt of confidence he desperately needed and excitement for tomorrow’s task.

“When you haven’t been there in a while you question yourself,” he said. “When you practice hard enough to put yourself in that situation you just hope you remember how to ride the bike and I think I do remember.”