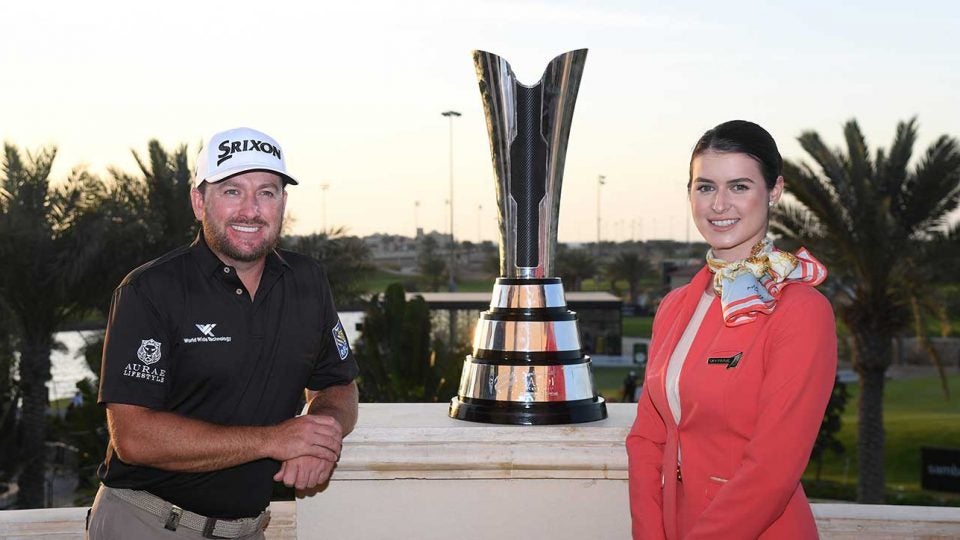 McDowell, the former U.S. Open champ, overcame a controversial Friday round to beat out a loaded field for the Saudi Open.
Getty Images

Nothing and no one—not a slimmed-down Phil Mickelson, Dustin Johnson or even a shot clock—could stop Graeme McDowell from winning this weekend’s Saudi International. McDowell (-12) beat out a loaded field at Royal Greens Golf and Country Club to claim his first win of 2020.

But McDowell’s final round at the Saudi was likely the only ordinary development of the weekend. The controversial European Tour event gained even more attention this weekend when it was revealed McDowell was warned by officials for slow play. The reason for his warning? Giving an interview to SKY Sports Net during his round.

“I got a monitoring bad time which then turns into being officially on the clock,” McDowell said at the time. “I hit a pretty nice tee shot [on No. 5]. Tim Barter is out there interviewing for SKY Sports and he asked me to do an interview walking up the fairway, which I said yes to, and when I got to my ball, I was first up. So I was 50 yards behind the guys with 215 yards back into the wind with a 3-iron and the wind laid down. I took an extra few seconds and [the referee] gave me a monitoring penalty, which puts me officially on the clock at that point.”

The warning wound up having no effect on the McDowell’s play as he claimed his first win on the European Tour since 2014. Also finishing top-10 at the event were Dustin Johnson at 10 under and solo second place, Phil Mickelson at 9 under and tied for third, and Abe Ancer and Sergio Garcia at seven under.

Brooks Koepka opened the day in contention at six under after shooting a 65 on Saturday, but fell back to earth, carding a two-over 72. He finished the tournament tied for 17th at four under.

McDowell, Mickelson and Johnson all return to action stateside next week for the AT&T Pebble Beach Pro-Am, the site of McDowell’s only major triumph in 2010.