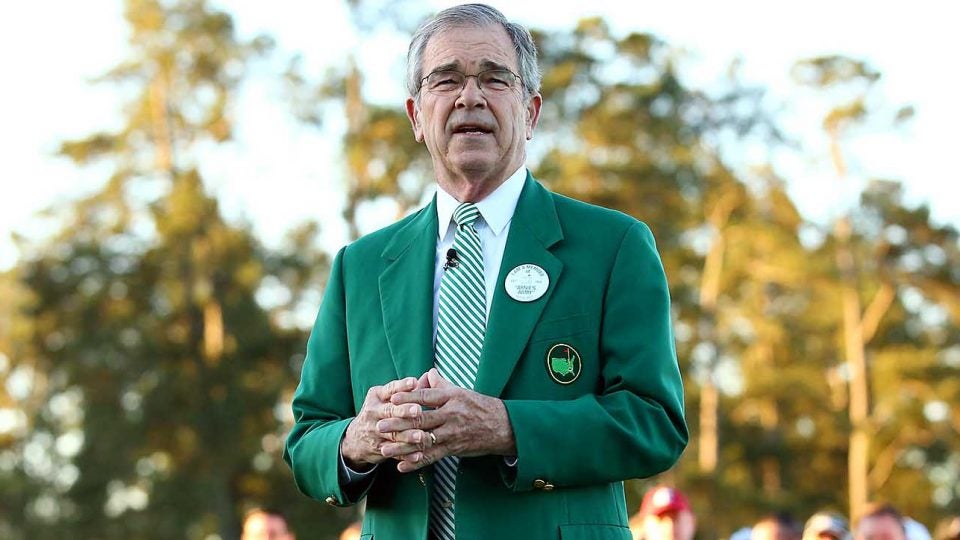 Billy Payne at the 2017 Masters, his last as Augusta Chairman.
USA Today

Goosen, the South African who captured two U.S. Open titles in 2001 and 2004, is one of four finalists from the Male Competitor group. He is joined by 1995 U.S. Open champion Corey Pavin, 1983 PGA champion Hal Sutton, and Australian Graham Marsh.

The 15 finalists were chosen by a 20-member committee that will now present them to a 16-person panel. A finalist must receive approval from 12 members, or 75 percent, for induction.

The class of 2019 will be announced on Wednesday, October 10th. The ceremony will be staged in Pebble Beach, California, in June 2019.