Could this be the greatest shank in golf history? 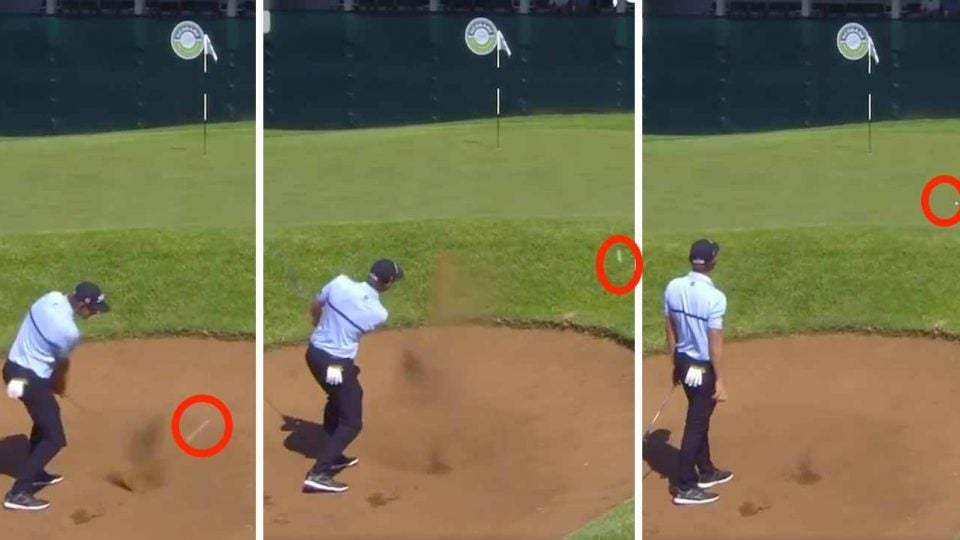 In golf, shanks are bad. That ain’t rocket science — when the hosel of the club hits the ball before the face does, that ball is headed spectacularly off line. Of course, for viewers of the pro game, shanks can be incredible to watch. They’re sudden, jarring, unexpected, dramatic. Golf is a game of inches, and that inch between a golf club’s sweet spot and its hosel may be the game’s most important inch.

For instance, I still remember where I was standing at the 2013 U.S. Open when Steve Stricker hit a cold shank into the road on Merion’s 2nd hole. Spectacular!

All that is to say that shanks are bad, but also memorable — and occasionally beautiful.

But shanks are rarely good golf shots. They’re rarely productive to your score. Russell Knox hoseling one into the water on No. 17 at TPC Sawgrass didn’t do his result at the Players any favors, nor did Justin Thomas showing that you actually kind of can shank a driver off the deck.

But on Saturday at the Nedbank Golf Challenge, we witnessed a shank that was bad but also good. Very, very good. Joachim Hansen was facing down a bunker shot at No. 6 on Saturday when he knifed his ball dead right. But the bank of the bunker was positioned so perfectly that the ball banked off it, took the proper amount of speed and redirected the ball towards the hole.

Check out the video below. “Oh, Christopher Columbus,” the announcer says as Hansen’s shot rolls closer and closer. It’s the only appropriate response.

Honestly, I meant to do that…👀😬

Thanks in part to that unlikely up-and-down, Hansen has been a steady customer through three rounds at Gary Player Country Club, posting rounds of 69-70-71 to sit T6 heading to Sunday. More importantly, it’s worth asking if he’s the owner of the best shank in professional golf history. If he’s not, who is? I would love to see other contenders.

For now, enjoy a highlight reel of some of the world’s worst shanks to complement one of its all-time best.