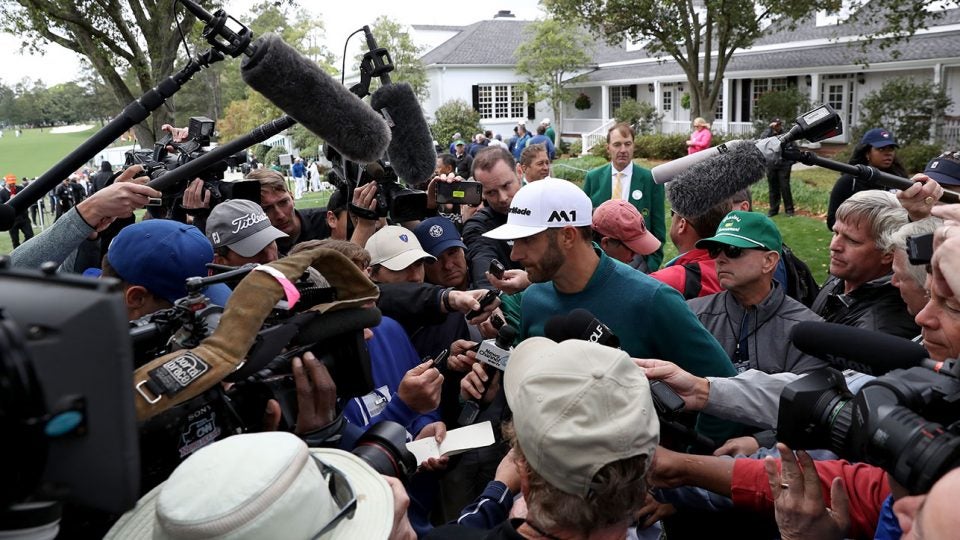 The press surrounding Dustin Johnson at the 2017 Masters.

The Golf Writers Association of America announced its 2018 Writing Awards winners on Wednesday, and GOLF’s fleet of writers led all honorees with 12 awards.

Several other GOLF writers and projects were honored as well: Alan Shipnuck received a second place, a third, and two honorable mentions, while Josh Sens and Alan Bastable also received awards. Links to the complete list of GOLF’s award-winning stories can be found below:

​1st place, Best Daily Feature: The Other Arnold: Palmer’s daughter reflects on the chasm between the brand and the man

Honorable Mention, Non-Daily Feature: The last man who grew up at The National

1st place, Non-Daily Features: We were watching greatness: An oral history of the 1997 Masters