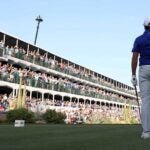 The Phoenix Open will likely feature far fewer fans than normal in 2021.

Fans are returning to golf in 2021, that’s the good news.

After one tournament in nine months with fans in attendance, the PGA Tour appears to be laying the groundwork for consistently getting some number of butts in seats by the end of the year.

Barring any changes, 2021 will open with limited fans in attendance at Kapalua for the Sentry Tournament of Champions. Then, after a month off, they will return in February in a limited capacity for golf’s favorite fan spectacle, the Waste Management Phoenix Open. That’s what we know for now, with the obvious caveat of the ever-changing landscape presented by an unprecedented situation. As for the return of full-fledged galleries, it’s hard to say when, how and where we’ll see our first since round 1 of the Players Championship in March 2020. But for the first time since the onset of the pandemic in March, the picture is growing clearer.

On Tuesday, Dr. Anthony Fauci, the nation’s top infectious disease doctor, told Yahoo Sports he anticipates full venues at professional sporting events to be “among the last things you’re gonna see,” but offered a hint of optimism about a return before the end of 2021.

It’s widely believed that a full fan return is dependent upon the creation and distribution of a successful Covid-19 vaccine. For months, the timeline surrounding a vaccine was vague. But now, with a pair of vaccine candidates showing high efficacy rates in clinical trials and awaiting one further layer of regulatory approval, the first doses for Americans could be just days away.

“We’re gonna be vaccinating the highest-priority people [from] the end of December through January, February, March,” Fauci said. “By the time you get to the general public, the people who’ll be going to the basketball games, who don’t have any underlying conditions, that’s gonna be starting the end of April, May, June. So it probably will be well into the end of the summer before you can really feel comfortable [with full sports stadiums] – if a lot of people get vaccinated. I don’t think we’re going to be that normal in July. I think it probably would be by the end of the summer.”

For golf, Fauci’s timeline leaves the major championships on the fringes. The Masters in April is likely to be an uphill battle, though Augusta National is believed to have the lowest attendance of the four majors. The Open Championship, scheduled for July 15-18, holds the best odds for fans, but Fauci says even then could prove a bit presumptuous.

“Ah, I think that’ll be cutting it close,” he said of the possibility of full stadiums by July.

It’s unknown whether golf tournaments, which are held outdoors and give spectators the freedom to keep distance from one another, could be considered lower risk than, say, an NBA game in a closed-air arena. Fauci’s comments speak more to the expected return to “normal life” than to the intricacies required of crowds at each particular sport.

A better date for fans to circle might be the Ryder Cup, which is currently tabbed for September 21-26. At that point, Fauci said, it’s ‘possible’ we could even see full NFL stadiums.

Still, Fauci contended, the speed at which we can expect a return to normal galleries (or normal life) is dependent upon the speed with which large swathes of the population receive the vaccine.

“We could get there by the end of the summer, and as we get into the fall of next year,” He said. “If 50% of the people say, ‘You know, I don’t want to get vaccinated,’ then it’s gonna take considerably longer than that.”

In the meantime, there’s good news: fans are coming back to golf in 2021, and maybe even lots of them.