In need of a post-round pick-me-up? A snifter of brandy does the trick 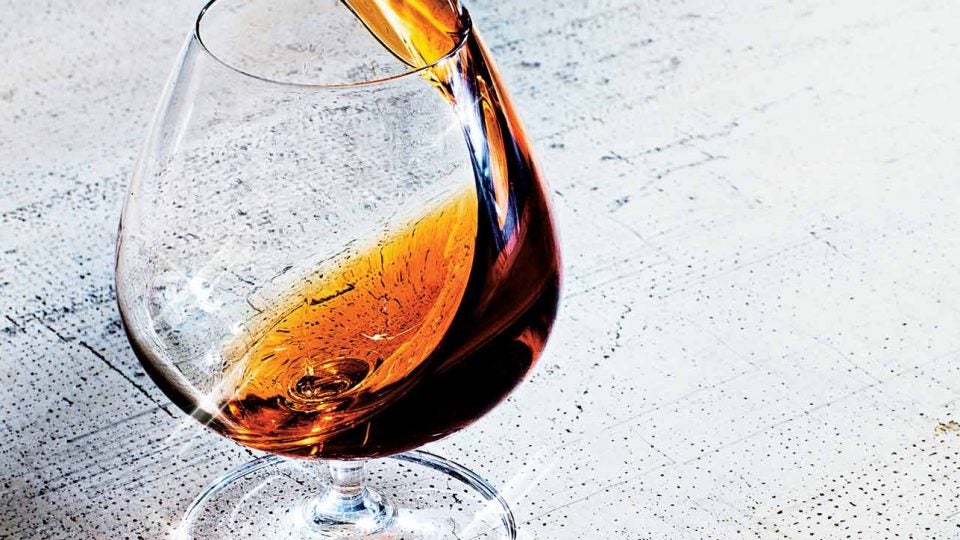 A proper brandy pour is about six ounces, so when you lay the glass on its side, no liquid spills. If you overswirl like this, all bets are off.
Chelsea Kyle

Not a soul among us cares about the good shots you hit, so please stop telling us about them unless your ultimate goal in life is to witness human faces petrify and turn to dust as you regale their owners with the heroic tale of the gap wedge you hit to get up and down at the 16th. On behalf of everyone in the world save you, please shut up about your well-played shots.

On the other hand, if you’d like to entertain us with ballads of your comically bad shots, saddle up a stool. My personal list of such shots would fill several double rolls of toilet paper and, off the top of my head, would include at least two episodes set in Ireland.

The first unfolded before a live studio audience (my father and two of my brothers) at Ballybunion Old, where on one tee I set up to deftly carve my charlatan of a power fade back into the wind and, predictably, pull-hooked the ball so far east it landed in Cork, so unforgettably beyond the field of play that my caddie intoned it had gone “to where the wee people live,” triggering the Applause sign for the all-too-willing studio audience.

A few years later, right around the turn of the century, I was back at it, destroying the old sod on a quite windy day at venerable Portmarnock. The important details are as follows: I was playing into the gale on a long hole. I was still swinging persimmon woods despite some serious inside scoop offered me 10 years earlier by 1961 U.S. Open champ Gene Littler, who, after watching a series of my misguided missiles during a friendly round, pointed to my driver and said, “You know, they make those out of metal now.” (Freakin’ U.S. Open winners think they know everything!)

Persimmon woods, for those of you with peach-fuzz faces, were less forgiving than a nun who heard you curse in church. Now, according to the laws of physics or aerodynamics or Hammurabi’s Code (I can’t recall which), the spin on a poorly struck shot into the wind increases at the same rate as the hilarity of the outcome. This particular swipe featured impact at the very tip of the persimmon toe, launching a left-to-right marshmallow that made a very serious go of landing behind where I now stood, albeit 200 yards to the right.

News
When temperatures dip, make sure you have something hot (and boozy) to sip

As I tracked its improbable arc, a fellow came into view, playing the hole parallel to me but in the opposite direction. The misguided fool had every reason to believe he was in no danger from projectiles emanating from the faraway tee box I occupied.

“Fore,” I whispered in disbelief.

Oh, the humanity. The fellow could not hear the warning shouts because of the wind, and the ball smacked into his back. (Again, I was playing in the opposite direction.) Down he went, and off I half-jogged toward him. He was more stunned than injured, much to my relief, and I promised him several drinks after the round. When we met up later in the bar, he was in grand spirits, but I was still a bit rattled by it all. Sensing this, he did the most Irish thing ever and offered to buy me a drink. “I think you need it more than I do,” said he. He was ever so right, and I recall it vividly because it was the first and (best I can recall) only time I ever took a drink specifically to calm my nerves, and I opted for brandy. I’d never had a brandy before, but the moment was inspired by an exchange between Bertie Wooster and Jeeves that I’d recently read:

“Mix me a stiffish brandy and soda.”

“Stiffish, Jeeves. Not too much soda, but splash the brandy about a bit.”

Typical brandy — made by fermenting and distilling juice from grapes — did the trick that day, and in the ensuing years I have come to enjoy many of its various iterations. Iterations of brandy are nearly endless, and it’s jolly fun to hunt them down and try them. My latest treat is a snifter of Belle de Brillet, a marriage of cognac and essence of pears — very sweet stuff meant for teeny tiny tipples, i.e. a good skip-dessert-and-put-on-your-slippers move.

Grand Marnier is another iteration, again with cognac as its base and a sledgehammer effect. You also might want to try Calvados — apple or pear brandy from Normandy, where they drink so much of the stuff it’s amazing any ever makes it to market. Try any, try ’em all, and whatever you do, stay alert if you and I ever share the same golf course. 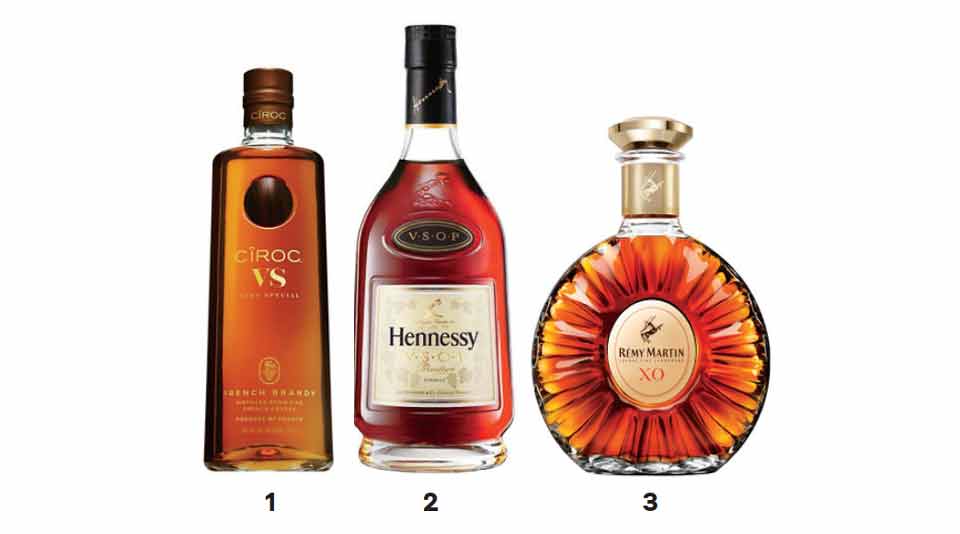 Brandy can originate from anywhere and be made from the juice of any fruit, but France is the kingpin of grape-based blends, best enjoyed at room temperature and in a snifter.

Cognac and Armagnac are specific types of brandy from eponymous regions of France, and navigating their labels is as confusing as the roundabout at the Arc de Triomphe. (Watch a time-lapse video on YouTube and you’ll understand.)

The key is understanding the alphabetic code on the bottles, which is more English than French (as England was the original big importer of brandy) and refers to the youngest brandy in the blend as follows:

V.S. is “very special” and indicates the youngest cognac or Armagnac in a blend is at least two years old.

(1) V.O. stands for “very old,” and means the bottle has been aged at least four years.

(3) Hors d’Age means older than dirt, and might require refinancing your home.

But be suspicious of anything older than 35 years, as even the primo versions max out at 50 years before they go south. If you see a grape name, it’s a varietal cognac or Armagnac made from a single type of grape. Vintages (when a single year’s harvest is the only component) are more common in Armagnacs and can be pricey. There will be a test the next time you’re overserved. Please bring a No. 2 pencil.

Want to live on Island Time? A Dark ‘N Stormy is just the ticket
A classic Manhattan is the perfect post-round potion
For a perfect summertime post-round libation, you can’t beat a muy fria sangria
How to make a highball