Why Golden Tee is about to be your favorite…iPhone app?! 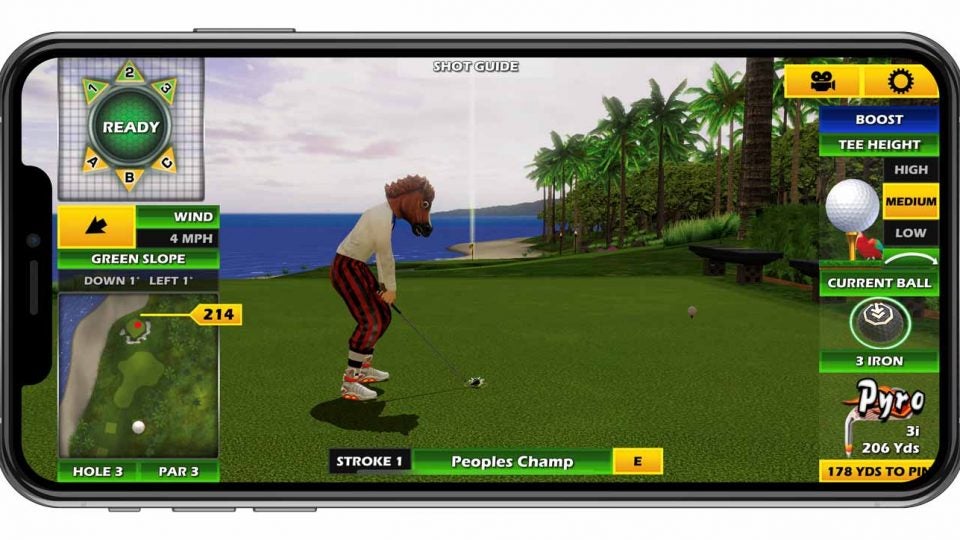 Golden Tee, famously in bars and arcades, is coming to a phone near you.
Golden Tee

If, like most GOLF.com readers, you’re a person of refined taste and competitive spirit, there’s a good chance you already know and love Golden Tee. The famous arcade game is an important piece of both golf and entertainment history — and it’s also a mainstay in our New York City offices, where real green-grass fairways are difficult to get to.

If Golden Tee has a fault, it’s that we can’t play it more often. But that won’t be the case for long. Golden Tee Golf and game developer Incredible Technologies announced that their mobile game (!) is coming to an iPhone near you and will officially go live Oct. 28.

RELATED: How a Golden Tee whiz qualified for his fourth U.S. Open in five years

One hallmark of Golden Tee games has always been the trackball, which is how players make swings. While there’s obviously no trackball in the iPhone version, developers said that the gameplay will be similar to the original edition.

Plenty of opportunities for customization will continue to exist, too, including changes made to personalize a player’s name, look, clothing and equipment.

The initial launch of the game will feature six nine-hole courses. Players can take on others in one-off matches, playing for “in-game currency” or take on Campaign Mode and play a whole bunch. Game organizers will also offer “Daily Events.”

Design lead Adam Kramer said that he sees the product as far more than just a game for golfers. “Like the arcade game, this is an experience that will resonate with so many different types of gamers. And we’re just scratching the surface on what we have planned,” he said.

Future development plans include head-to-head match play, and new courses are expected to be added with regularity.

John Noble, Project Manager for Golden Tee Golf, insisted that longtime fans will like what they see. But the new game targets younger players, too, who didn’t necessarily grow up ripping the trackball.

Thus far, Golden Tee estimates that over 20 million people have explored its fairways, from Sequoia Grove to Tahiti Cove and everywhere in between. Now, it’s hoping to spread that same excitement with a brand new audience — safe to say we’ll be conducting some important research to see how the new product plays.

You can see a bunch of photos showing off gameplay below.