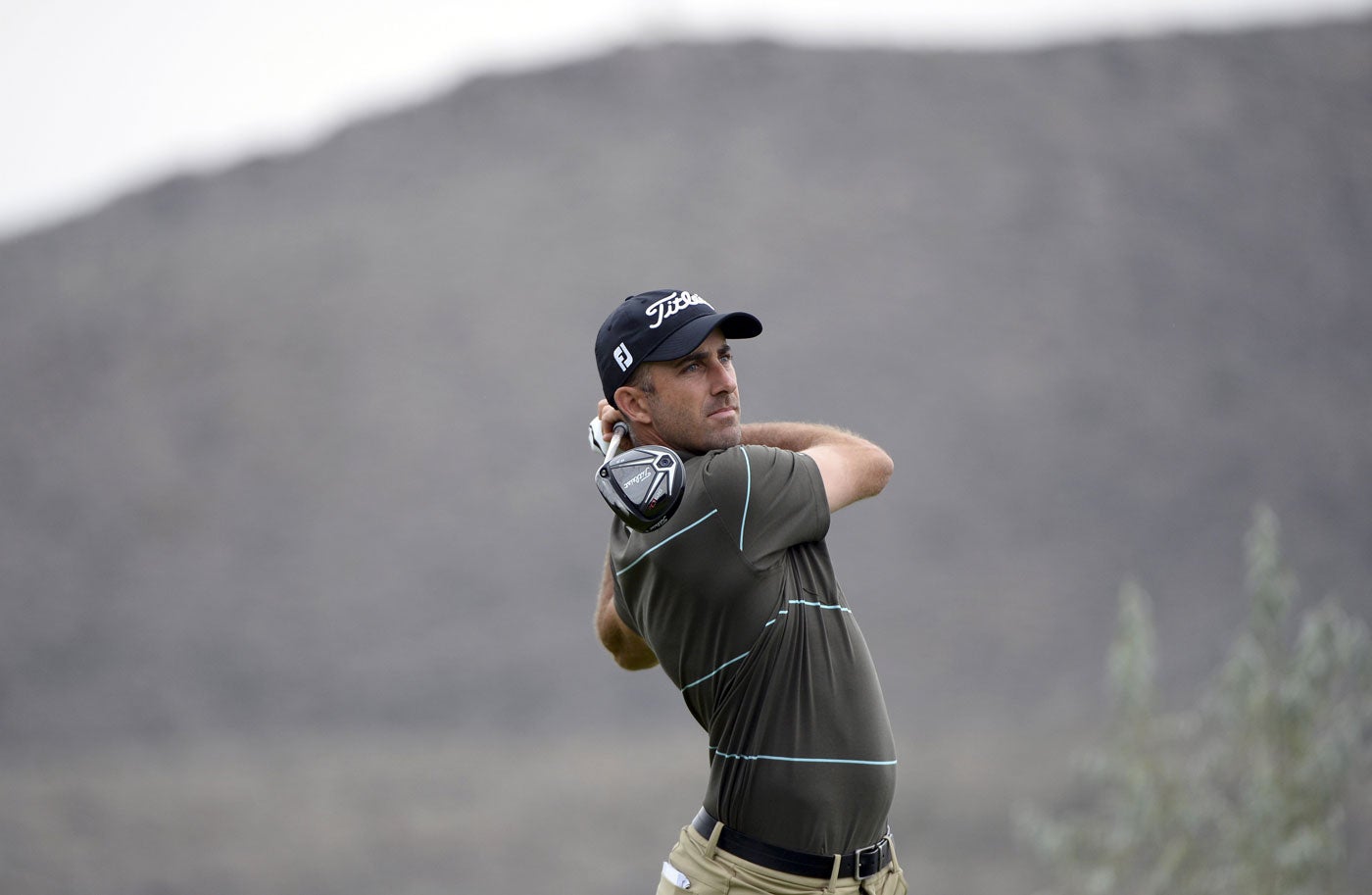 Geoff Ogilvy has this rusty prototype Scotty Cameron for Titleist 009 putter in his bag at the U.S. Open.
David Dusek

KAPALUA, Hawaii (AP) The opening tee shot for the first PGA Tour event of the year provides a splendid reminder of the perks for winning.

He was the two-time defending champion at the Hyundai Tournament of Champions in 2011 and quickly was becoming a regular as he piled up seven wins over a six-year period, including a U.S. Open and a pair of World Golf Championships. But coming out of the water on a quiet beach below Kapalua, Ogilvy sliced open the side of his right index finger on a sharp piece of coral and had to withdraw.

Four years later, he finally made it back.

”It didn’t cause the stress, but it was the beginning of it,” Ogilvy said of a drought that dramatically changed his status.

He had spent nearly five years in the top 50 in the world, reaching a career-best No. 3, and plunged to as low as No. 216 last year until his fortunes changed.

”I was still playing well, but it was the start of a downward spiral a little bit,” he said.

All it took was one week in August and 27 holes in September for him to realize what he had been missing.

Ogilvy won the Reno-Tahoe Open. Then, his run in the FedEx Cup playoffs appeared to be over until he started making every putt he looked at over the final 27 holes at the TPC Boston. A 65-65 finish put him in a tie for second, and it was barely enough for the 34-year-old Australian to get to the Tour Championship.

He figured he would start 2015 with a ”normal card” that would keep him out of the big events. Just like that, he was back in Hawaii to start his season with the other PGA Tour winners, and he could count on playing the four majors for the first time since 2012.

”Atlanta is the best reward for a good year – Augusta and the majors,” he said. ”But this is a very close second. This is a better tournament to play in than Atlanta from an enjoyment factor of the tournament. It doesn’t come with all the sidekicks that top 30 (in the FedEx Cup) does. But it’s more enjoyable to play in because of where you are.”

The 34-man field doesn’t include all the winners, and while the absence of four players is glaring, it is a sign of the global times in golf.

Rory McIlroy and Martin Kaymer, who combined to win three majors last year, are not playing. Both played deep into last season on the European Tour and start up their 2015 campaign halfway around the world in Abu Dhabi. Adam Scott isn’t playing anywhere for a few months as his wife is expecting their first child. Justin Rose also is taking the week off. That’s only four absentees, though they happen to occupy the top 12 in the world ranking.

That leaves the Tournament of Champions with only two players from the top 10 – Masters champion Bubba Watson and Jason Day.

Missing marquee players is nothing new. Tiger Woods and Phil Mickelson stopped coming to Hawaii years ago, and this time they didn’t have that option because neither of golf’s two biggest names won a tournament.

That leads to the annual question of what the PGA Tour can do to boost its season opener of the toughest qualifying event on the PGA Tour. There has been rumbling of giving a two-year exemption to Kapalua or inviting all past champions.

Ogilvy, thrilled to be back, sees nothing worth fixing.

”I think it’s a great tournament. You’d have to ask Hyundai whether they think they’re getting their money’s worth, but anyone here loves it, don’t they?”

And this year was another example of why it remains elite – maybe not in the world rankings, but in what it takes to get here.

Among those who didn’t qualify were Rickie Fowler, who had top-five finishes in all the majors; Jordan Spieth, who overwhelmed fields in the Australian Open and the Hero World Challenge, neither of which were part of the PGA Tour; and Jim Furyk, the first player to accumulate $6 million in worldwide earnings without winning.

Golf has never been stronger or deeper, and Ogilvy contends the best measure is at the bottom.

”Ben Hogan would have been pretty hard to beat. He’d have been just as hard to beat as Rory,” Ogilvy said. ”But the 125th guy in Hogan’s era probably wasn’t breaking 80. The 125th guy now is … harder to beat. The top comes and goes – the legends – but bottom is getting closer to the top, and the gap gets narrower from best to worst. So that must make it harder to win, I guess.”

Ogilvy did his part. He’s back in Kapalua. Now if he can just stay out of the water.