Genesis Invitational: Here’s everything you missed from Round 2 at Riviera 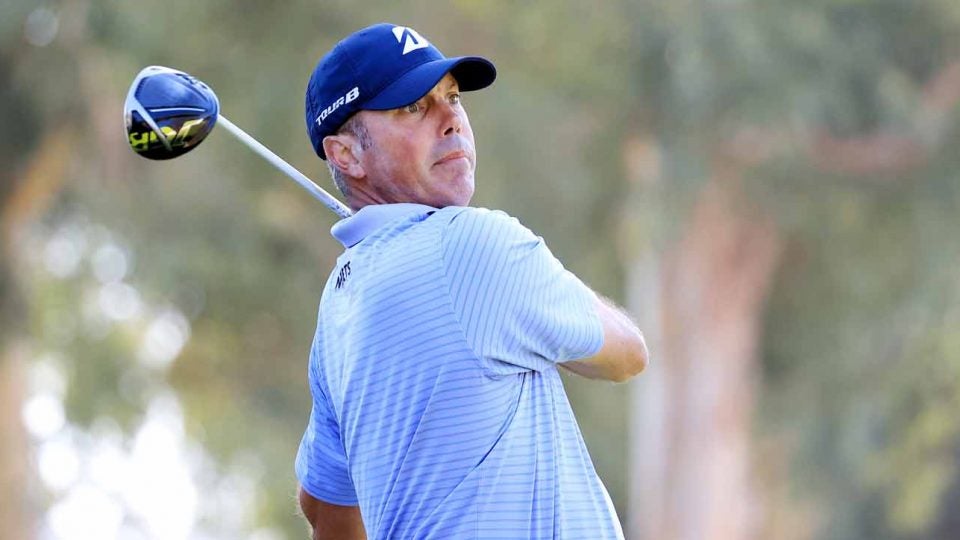 The 2020 Genesis Invitational is already at the halfway point, and the course continues to play tough, with roughly the same number of players under par after Friday’s second round as there were after Thursday’s first round.

Here’s everything you missed from Friday’s action at Riviera Country Club.

After a stellar 64 on Thursday, Kuchar’s momentum cooled somewhat on Friday, but he still managed to maintain a two-shot lead over the field after firing a second round of two-under-par 69 that included four birdies and two bogeys.

Kuchar is seeking his 10th career Tour victory this week.

Back as a co-leader.

A six-birdie, two-bogey round of four-under-par 67 launched newly-crowned World No. 1 McIlroy into a tie for second alongside Harold Varner III and Wyndham Clark.

McIlroy and the others are two shots behind Kuchar’s lead at seven under par overall. McIlroy is seeking his 19th career Tour win, and his second of the still-young 2019-20 season.

After his birdie at 14, he's now T2 and just two shots back of @TheGenesisInv lead.#QuickHits pic.twitter.com/yhrk05fmgl

On Thursday, Tiger Woods was four under par through his opening nine holes. But unfortunately, his positive momentum seemed to end there, and he’s struggled since.

Woods went on to shoot 69 on Thursday, and while he started with a birdie on Friday on his opening hole, No. 10, a double bogey on No. 15 was painful, and a string of closing bogeys doomed him to a round of two over par, which dropped him 28 spots down the leaderboard to to even par overall, which is currently T45.

Are there any other big names in the mix?

Adam Scott fired Friday’s round of the day, a seven-under-par 64 to reach six under par overall. He’s currently T5.

Justin Rose, Jon Rahm, Dustin Johnson and Bryson DeChambeau are also within striking distance at four under par overall in a multi-player logjam that is currently T11.

Did any notables miss the cut?

Only players who shot one over par or better earned the privilege of continuing to play into the weekend, and unfortunately, there were some recognizable names that fell short.

How can I watch Round 3?