Gary Woodland has reaped many benefits from his U.S. Open victory on Sunday at Pebble Beach. The latest? A huge jump in the Official World Golf Ranking (OWGR).

Following the first major title of his career, Woodland vaulted from No. 25 to No. 12 in the OWGR. It’s a career-best ranking for Woodland, who also earned $2.25 million for his win. Woodland also jumped from No. 12 to No. 7 in the Presidents Cup standings after his triumph.

Woodland wasn’t the only player who made a big jump this week in the OWGR. After finishing tied for third, Chez Reavie moved from 65th to 48th. Chesson Hadley, who finished T9, catapulted from 102nd to 84th. 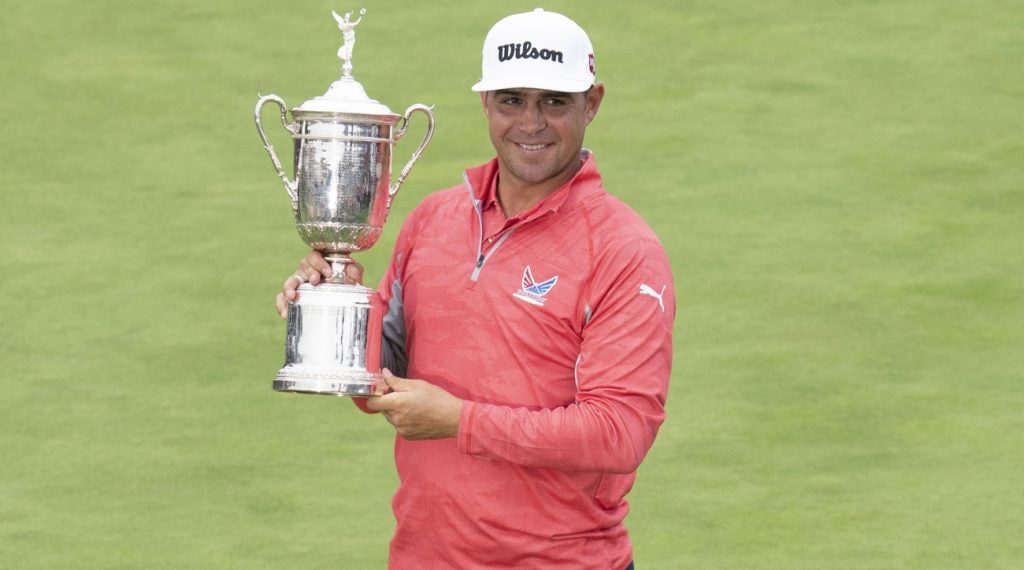 Gary Woodland is now ranked in the top 12 in the world.
USA Today Sports

The top 10 of the OWGR saw a couple of changes as well. Justin Rose moved up from No. 4 to No. 3 and bumped Rory McIlroy back to the fourth position, while Xander Schauffele jumped to No. 9 and sent Bryson DeChambeau down to No. 10.

Now we wait and see if Woodland can crack the top 10 for the first time ever. Another solid performance and he’ll be right there.