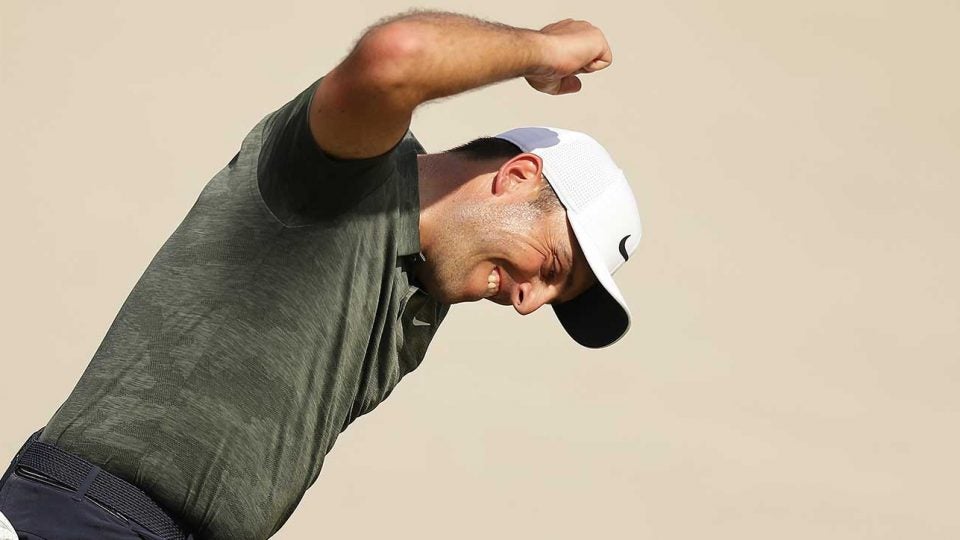 Matt Fitzpatrick led after 54 holes at the Arnold Palmer Invitational at Bay Hill, but defending champion Rory McIlroy was only one back and in the final group with Fitzpatrick (and British Open champ Francesco Molinari was also lurking). Here’s what you missed on Sunday.

How it happened: Fitzpatrick held the lead heading into Sunday, but by the time he teed off the reigning British Open champion was already making a move. Molinari, teeing off an hour and 40 minutes before Fitzpatrick, turned in 32, and by the time Fitzpatrick closed out his front side they were tied at 10 under. Then Molinari pulled away. He added birdies on 12, 13, 16 and 18 and couldn’t be caught. Molinari’s eight-birdie, no-bogey 64 was the low round of the day, and it also matched the same final-round score McIlroy shot to win last year. Fitzpatrick closed with a 71 to finish alone in second, two shots back. McIlroy shot 72 and tied for 6th.

Why it matters: It’s Molinari’s third career PGA Tour victory and first since his 2018 British Open victory at Carnoustie.

Best shot: Molinari was playing the 18th with a one-shot lead over Fitzpatrick, who was on the 11th, when the Italian drained a 44-footer for birdie to end his round in style. It capped his eight-under 64 and gave him a two-shot lead, which turned out to be more than enough cushion.

Key stat: Molinari made a career-best 146 feet, 6 inches worth of putts en route to his Sunday 64.

One more key stat: Per the NBC broadcast, Sunday was the seventh time in the last 12 months that McIlroy was in a final group and didn’t win.

Up next: The Players Championship begins on Thursday at TPC Sawgrass in Ponte Vedra Beach, Fla. While it’s the biggest tournament so for in 2019, there’s a slight chance it could be without some big-time players. Jason Day and Tiger Woods withdrew with injuries from Bay Hill, leaving their Players in doubt, and Phil Mickelson recently said he’ll play nine holes early in the week and decide if he’ll stay in the field.