WATCH: Red fox interrupts golfer’s round to bury animal kill in a bunker 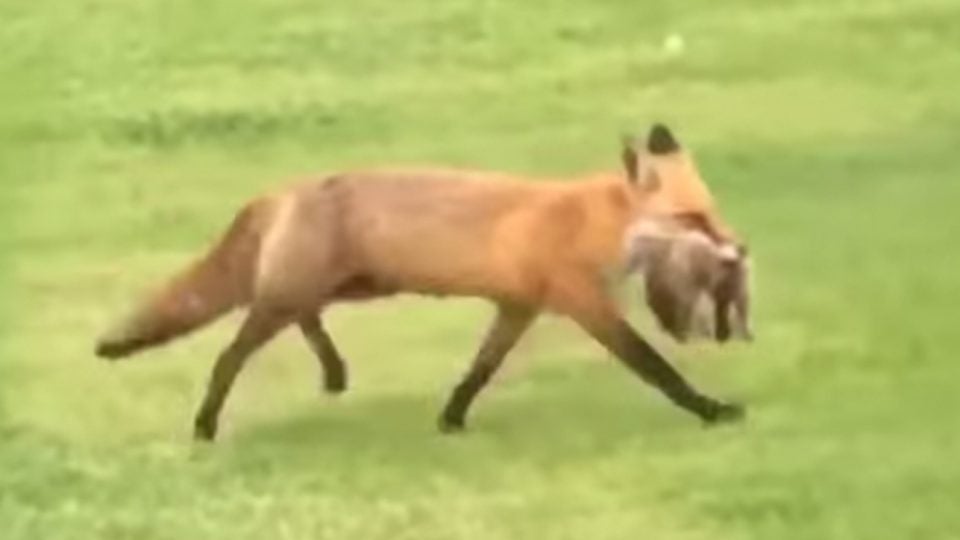 A red fox runs across the fairway.
Shane Miller

Golfers know they share their courses with local wildlife, whether it’s alligators, deer, foxes, bears or some other creature. But it usually takes a close encounter to really hammer this fact home.

That’s exactly what happened to Shane Miller at the Flanders Valley Golf Course in Flanders, N.J.

Miller was playing his second shot on the 530-yard, par-5 6th hole at Flanders GC’s Red Course when a fox darted into the fairway. But the fox wasn’t alone, rather he (or she) had a fresh kill dangling from his mouth.

“I saw him running across. He didn’t even mind me,” Miller told NJ.com.

As you can see in the video below, the fox ran right past Miller’s golf cart and headed straight for a bunker to bury its kill.

“He knew just where he was going. I’ve never seen someone dig a hole so fast,” Miller said.

When the fox finished burying it’s kill, supposedly a squirrel, it quickly jetted back across the fairway and into the woods.

Why the fox buried its kill instead of eating it is a mystery. 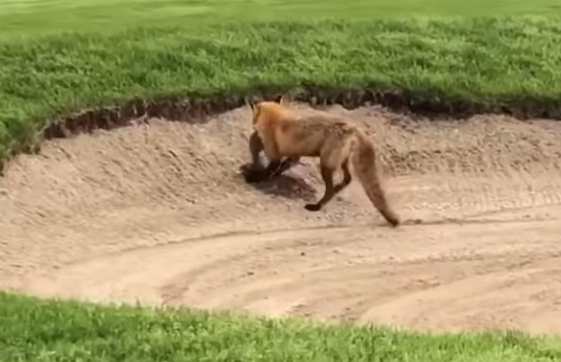 A red fox buries its kill in a bunker at Flanders Golf Course.
Shane Miller

However, red foxes are known to be lazy animals that do not want to expend extra energy protecting their territory from other animals. So to avoid this, they will often bury their kill away from their territory and come back later to finish off the meal.

This wasn’t Miller’s first encounter with wildlife on a golf course, but it was certainly his closest encounter to date. He also shared the course with a bear at Scranton Municipal Golf Course in Jefferson, Pa., albeit from a distance.

Luckily for Miller, the fox (and its kill) must have been good luck. He parred the hole and shot an 81 on the day — a great score for any amateur golfer, much less one who had his round interrupted by a sly fox.