Need a new golf fix? Fortnite Season 5 has turned into a golf game 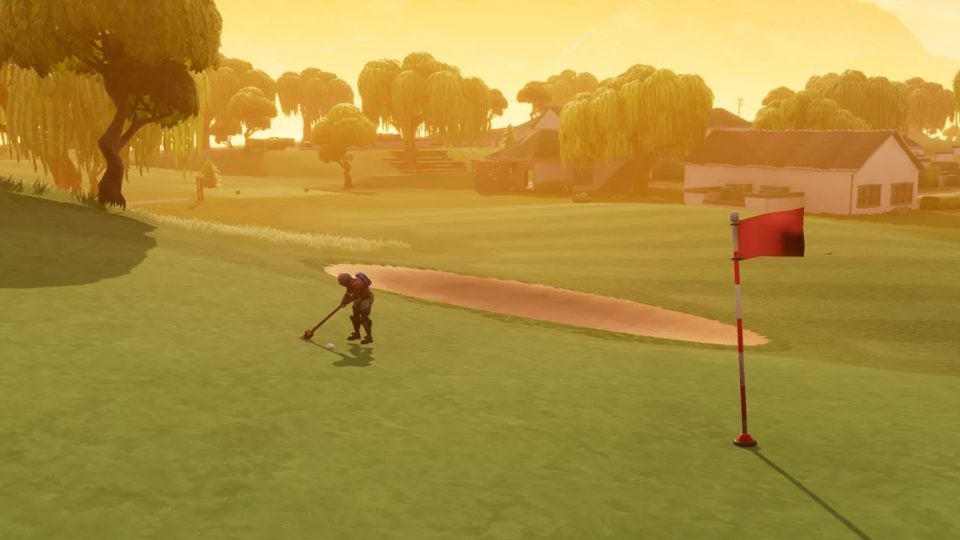 Not a bad place to pull out the axe for a few holes of golf.
Fortnite

Fortnite is among the world’s most popular games in the world, boasting a user base of some 50 million players worldwide. It’s essentially a massive online brawl in which participants leap into a map and fight each other to the death, Hunger Games-style, until only one player is left standing. The game is particularly popular with a younger audience, perhaps in contrast to the stereotypical golfer. But perhaps swayed by “Grow the Game” initiatives, Fortnite’s brand new fifth season features an unexpected bonus: gamers can now squeeze in a quick round at a new place: Lazy Links.

Golf has even seeped into popular forms of Fortnite transportation. The new game features “All Terrain Karts” (ATKs) which are essentially juiced-up golf carts. You can do some things with ATKs that would earn you frowns at most country clubs, however. Fortnite boasts that these carts “have room for your entire squad,” that operators “get a speed boost after drifting,” and that “the roof acts as a bounce pad.” You can also drive them on the greens and, even better, race ’em against fellow competitors.

But there’s much more. Fortnite has introduced “toys” to users who purchase this season’s Battle Pass, which include basketballs, beach balls, and oversized golf balls that you can take to the course. That course, dubbed “Lazy Links,” is in the north-central portion of the Fortnite map. No word on course rating as of yet, but you’ll see some scenic sunsets and you’re free to putt with the pin in, too (no doubt a nod to the USGA’s 2019 rules changes). As far as we can tell, there are few strategic implications to playing a round of golf, but if you hole a shot from distance, everyone in the area will know via a “kill feed update.” You can see some of the game play below.

First, you need to reach level 27 on the Battle Pass to unlock the golf ball emote. Then track down “Lazy Links,” located in the north of the map (replacing Anarchy Acres – a post-modern casualty of golf course development). Once you arrive, no need to rent clubs: your axe will suffice. From there, you know the drill: practice, practice, practice!