For the ‘gram! For five minutes Saturday, fans swarmed Pebble Beach’s 6th hole for a photo-op 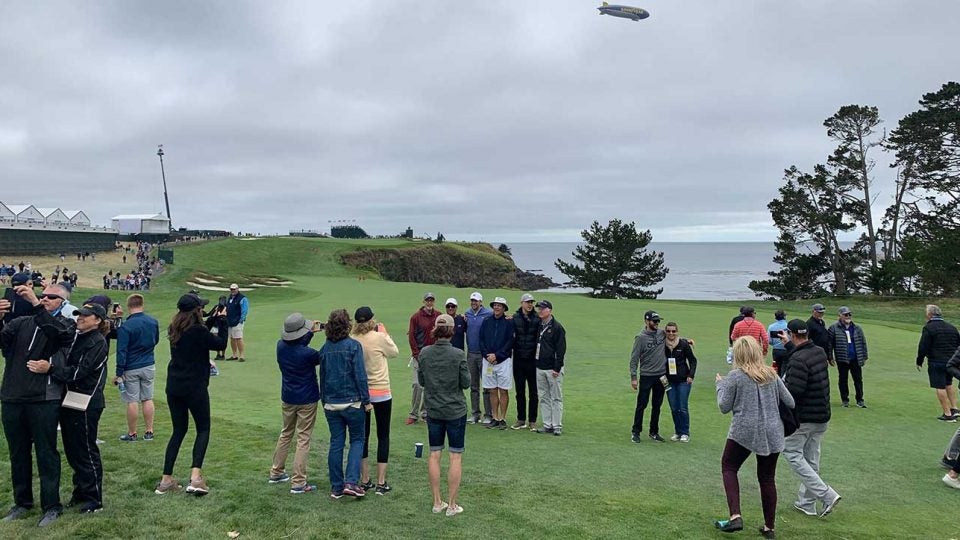 For a few minutes Saturday, the best photo-op on Pebble Beach was the 6th fairway.
Sean Zak

Marshals had left their posts on the crosswalk near the beginning of the fairway, and why not? There was no more play on that hole today. A smattering of spectators took the liberty of snapping some group pics on the edge of the short grass.

As humans often do, once given an inch, we’ll at least think about taking a mile. So the photo-ops pushed further down the fairway. It’s important to know, this area is OFF LIMITS. But each group that joined the frenzy, in order to get a clean backdrop, had to push closer and closer to the water. Most importantly, no one was stopping them. 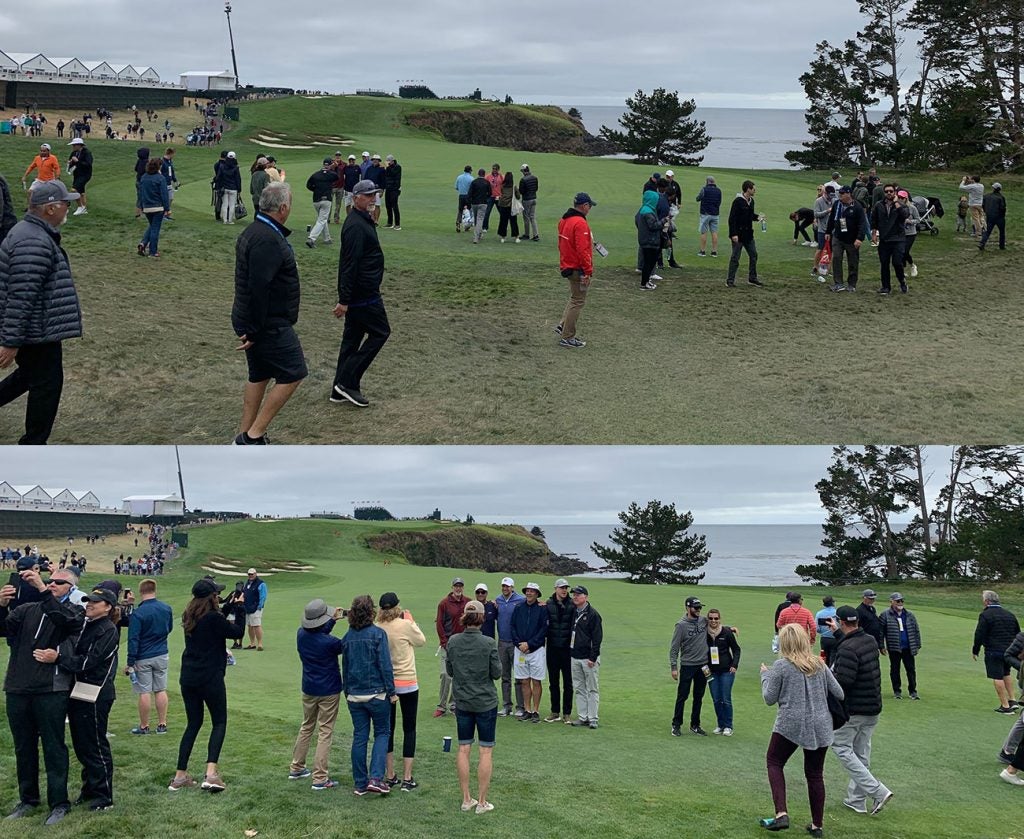 Most of the group were happy enough to simply touch the fairway, which is plenty firm despite the professionals making them look otherwise. “I’d eat off this fairway,” one happy camper said. “I just want to get closer,” said another. No one was around to tell them they couldn’t. And so they did.

With the first quarter of the fairway filling up, fans dispersing to each side, spectators nearer the green skirted under the rope barriers. Again, why not? One female duo laid down on the tight turf for a glamour shot that had better get posted somewhere. If not, the commitment was impressive nonetheless.

When all the groups finally pass through no. 6, time to do it for the gram! pic.twitter.com/du2placJsP

One fearless family had traipsed their way further than anyone else, all the way down to the far right corner of the fairway, where Tiger Woods hit his miraculous approach during the 2000 U.S. Open. They posed for 60 seconds worth of pics to get the perfect shot. The only problem? Security had finally spotted the scene, and the family was on a bit of an island.

“GET OFF THE HOLE,” shouted one charging man in blue. “YOU CAN’T BE THERE!”

Another staffer of the photo police came rushing up in a golf cart. “You need to get off this hole now,” he said. The family of four sheepishly backtracked toward the ropes. A handful of stragglers snapped more shots on the fringes.

“We were just following everybody else,” said the mother. “We had the blimp in the background [of the photo],” the father added. “We didn’t take a divot!”

No they didn’t, but did they get their Christmas card photo for 2019? “Absolutely,” he said. Ten minutes later, course marshals were back in their positions. There would be no more fairway photos tonight.