This easy fix would solve pro golf’s slow-play problem in a week, according to Darren Clarke

In the aftermath of pro golf’s latest slow-play controversy that took place during the FedEx Cup Playoffs, the PGA Tour released a statement saying it would review its pace-of-play policy.

There have been several pros who have spoken out against slow play and slow players, and some have offered ideas on how to get rid of the problem. But there’s one main fix that most keep coming back to, and it’s what Darren Clarke said needs to happen in a recent interview with Reuters.

“Just give them [penalty] shots,” said the 2016 Ryder Cup captain. “The guys that are slow, give them shots and then all of a sudden they will figure out a routine where they can hit it within the time limit. It will stop in one week if they start giving out penalty shots.” 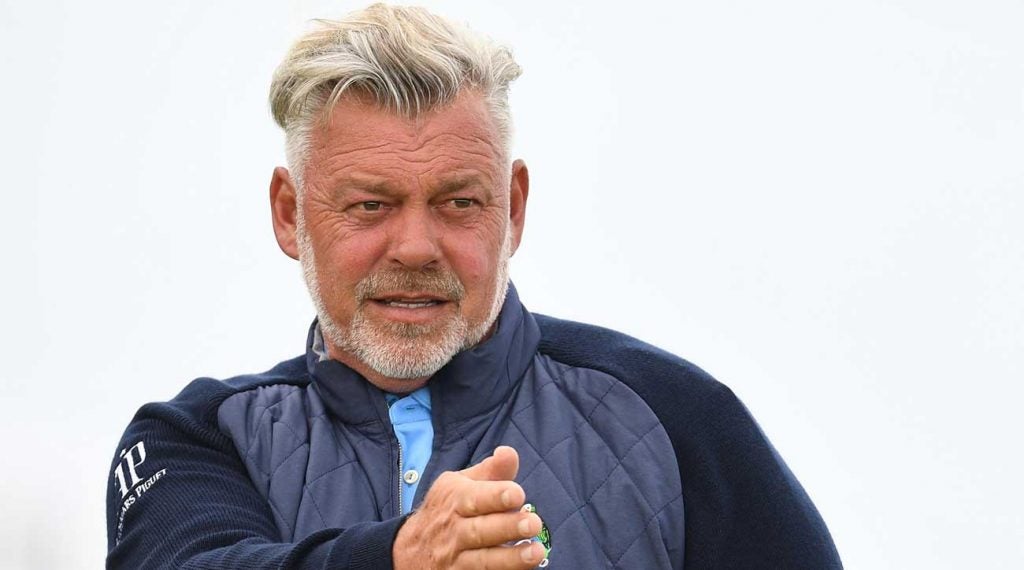 A couple of videos of Bryson DeChambeau’s deliberate pre-shot routine during last month’s Northern Trust were highly scrutinized on social media, and it led to players speaking out and, eventually, the Tour saying it will review its policy. The Tour said it is now considering monitoring all players’ pace of play — not just those out of position — via ShotLink.

“We know that the individual habits of players when they are preparing to hit a shot can quickly become a focal point in today’s world, and our players and fans are very passionate about this issue,” said Tyler Dennis, the PGA Tour’s chief of operations, in the release. “We have leveraged our ShotLink technology to provide every player with a pace-of-play report that they can access, which breaks down the varying parts of their game and gives feedback on the amount of time on average that the player takes to hit a particular shot. We are currently in the process of reviewing this aspect of pace of play.”

Rules
Rules Guy: Can you use the pin as a practice aid on the green?

On the PGA Tour, players are put on the clock if they are out of position and have between 40 and 50 seconds to hit a shot. They are given a bad time if they don’t hit a shot in the time allotted, with the first offense resulting in a warning and the second a one-stroke penalty and fine. But the PGA Tour has handed out just one slow-play penalty in the last 20 years, which came at the 2017 Zurich Classic, a team event. Last year on the Champions Tour Corey Pavin was assessed a one-stroke penalty.

Two weeks ago the European Tour announced its own four-part plan to improve pace of play. It includes stroke penalties and larger fines.

“It is the bad side of our sport and we need to address it,” Clarke said. “The guys that are slow — we all know who they are — give them shots and they will soon speed up.”