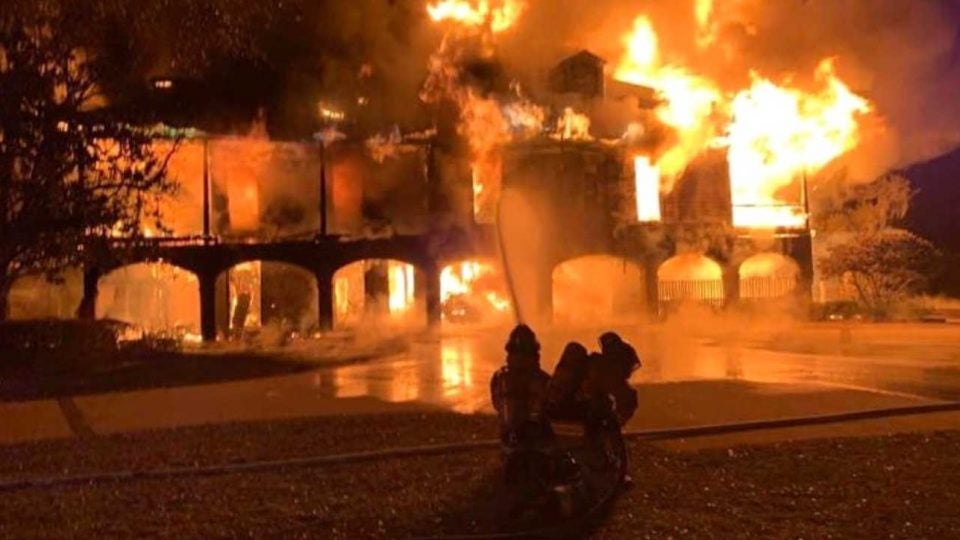 Firefighters try to put out the blaze at the home of Davis Love III on Friday morning.
@RRNEWS12

The primary residence of 21-time PGA Tour winner Davis Love III, in St. Simons Island, Ga., was destroyed by a fire on Friday morning. There were no injuries.

The news was first reported by Lew Turner on First Coast News in Jacksonville. First responders on site confirmed to him the house belonged to Love, and that Love and his wife, Robin, were at home when the fire started but escaped without injuries.

Another look at the fire fight at Davis Love III’s SSI Home this morning. Amazing no one was injured. This video from the Glynn Co fire rescue. @FCN2go pic.twitter.com/BWrwb5LRCm

Love told GOLF.com that he has smoke inhalation but that everyone is safe. According to Realtor.com, the10,000-square-foot house has been on the market since 2013; originally listed at $5.5 million, the asking price had been lowered to $4.475 million.

Love also has a home in Sun Valley, Idaho, where he spends much time over the winter months.

Love also released a statement, saying: “While everyone in our family is saddened at the loss of our home that was filled with so much laughter and incredible memories, we’re very blessed that everyone is safe and unharmed,” Love said in a statement. “We’re very thankful to the first responders who made a valiant effort to save our home, and we’re keeping things in perspective as people across our community and around the world are struggling with the current unprecedented health crisis.”

Love, 55, is in his first year as an on-course reporter for CBS Golf broadcasts.