For only $20, this tour pro will break down your swing (and it’s money well spent) 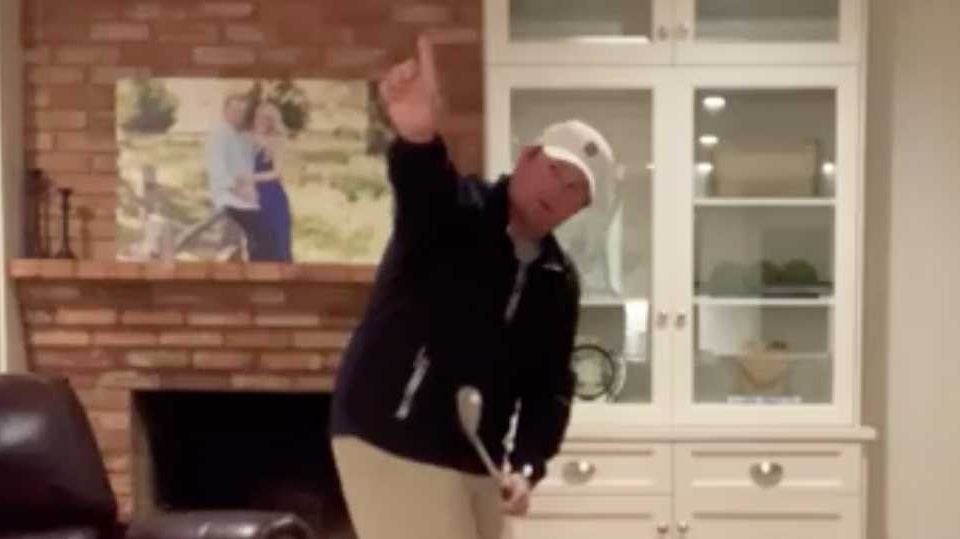 Conrad Shindler will give you a personalized swing lesson for $20.

Twenty bucks doesn’t buy you much in 2020, not even in these scary days of economic freefall. Chipotle for four via DoorDash? You’re probably looking at about $50. That great time-gobbler, Monopoly? After all these years, the iconic board game still fetches $24.99 on Amazon. Toilet paper on eBay? You don’t want to know.

But a thoughtful, personalized swing lesson from a world-class golfer?

The remote tutorials come by way of Conrad Shindler, a Dallas-based Korn Ferry Tour winner and the 1,189th-ranked player on the planet, who, like the rest of his KFT colleagues, has been forced out of work by a certain pandemic. Canceled tournaments mean no made-cuts mean no paychecks. That has led Shindler to get creative: To help make ends meet, the former Texas A&M Aggie is hawking $20 lessons on Twitter. Send him your swing, pay him via Venmo and a day or two later — voila! — there’s Shindler’s smiling baby face in your inbox, serving up custom swing tips for your push-slice, duck-hook or anything in between. Since March 17, Shindler has received 62 swings and returned personalized lessons for 53 of them. (That’s a cool $1,240 if you’re keeping score at home.)

“I thought I’d get a lot of videos of 15 handicappers who are trying to break 90 or 100, and I’d be like, ‘Oh man this is all out of whack,” Shindler told me last week. “Instead, I’m getting a lot of people who have very unique actions, but when I watch their ball flights they’re hitting great shots. So that’s the hard part — if you’re actually hitting good shots, I don’t want to sit there and totally revamp your golf swing.”

I’m a sucker for a good deal, so on Wednesday afternoon I sent Shindler a clip of me, a New York Giants ski hat pulled low over my brow, hitting a plastic practice ball with a wedge in my backyard. One of my colleague’s has dubbed me the “Oil Derrick” for the startling distance my head drops from takeaway to impact, so I figured my cringey move was as good a sample as any to test Shindler’s teaching chops.

Shindler’s critique arrived in my inbox just a few hours later, at 9:57 p.m. to be exact. A wave of anxiousness overcame me, an uneasiness I hadn’t felt since I opened my SAT scores. Then, suddenly, there Shindler was, speaking to me through a video recording on my MacBook monitor. The pro was in his living room, a leather recliner and brick fireplace behind him. He was wearing a black pullover and white hat with a PGA Tour logo. (Shindler played a full season in the Big Show in 2018, making nine cuts in 20 starts but not enough dough/FedEx points to stick around.) 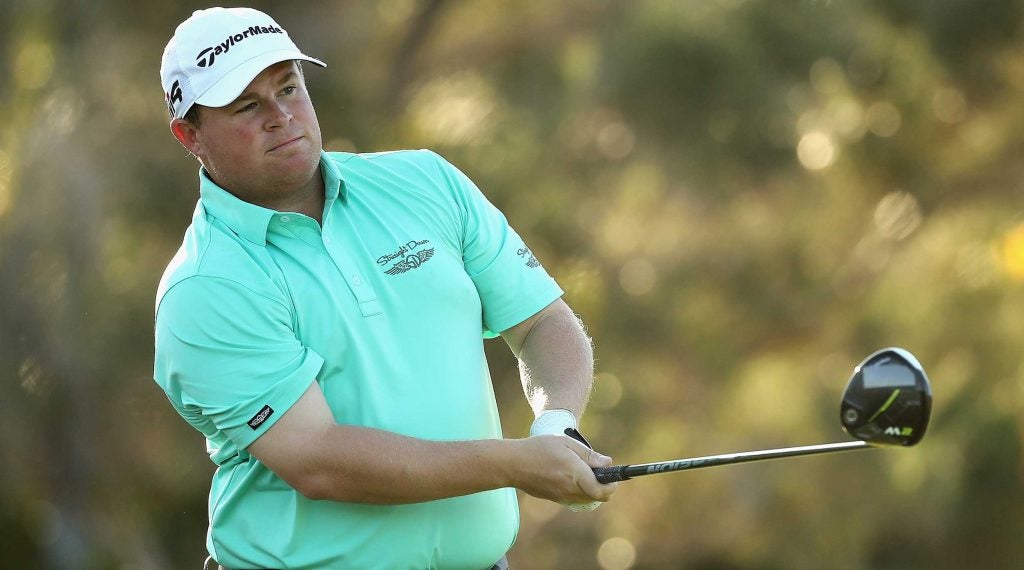 Shindler has played on the Korn Ferry Tour since 2017.
getty

“Alan! Conrad here,” he boomed. “Thanks so much for the support!”

The pro acknowledged the “crappy times” we’ve all been experiencing but quickly pivoted: “Right now this isn’t about me, it’s about you. Let’s get that swing fixed up, huh?!”

Over the next 3 minutes and 42 seconds, Shindler was excellent, confidently dissecting my swing, from my too-shut face at takeaway, to my infamous head dip, to my “fairly aggressive” over-the-top out-to-in downswing that resulted in a “wipey-cut.” The truth stung but that soon passed, mostly because his analysis was, well … true but also because Shindler dropped a lot of we into his lesson instead of you, as if he was somehow partly responsible for my incompetence. For a few fleeting moments, we were in this swing-fix thing together.

To keep my head where it belongs, Shindler suggested I imagine someone’s hand pressed upon my noggin. “You want to feel that pressure the whole time during your swing,” he said. To get my downswing in the correct slot to produce a more powerful in-to-out swing, he said to visualize that I’m trying to drop the butt of the club into my right pocket. My tiny brain sometimes struggles to process golf instruction, but not this tutorial — Shindler was speaking my language.

Shindler isn’t the only pro pushing virtual lessons in these eerie days of isolation. His KFT colleague, J.T. Griffin, is also selling custom lessons on Instagram, albeit for $50 a pop. When you’re an out-of-work pro on a developmental circuit, you do what you have to do. Shindler’s business idea came to him after the KFT canceled its second event (the tour is now on ice at least until May 17). A few extra bucks, he thought, would go a long way toward helping with groceries and other necessities, so why not put his golf smarts to work.

“I kind of didn’t think it would work and it took off,” he said.

Shindler is also working on his own game as much he can, bouncing among three Dallas-area clubs — Vatero Club, Colonial and Castle Hills — for as long their courses stay open. Money games with his golf buddies keep him sharp, and with no income coming in, the stakes feel higher than ever. “I hate pulling money out my wallet,” he said.

After his practice sessions, Shindler heads home to have dinner with his wife, Theresa, then retreats to the living room or his makeshift outdoor studio to flip on his iPad camera and bang out some more lessons.

Toward the end of our call last week, I couldn’t resist trying to milk one more tip from Shindler. That vicious head dip — how on earth do I stop it? Without missing a beat, Shinder served up one more pearl of golfing wisdom.