The history of the Masters green jacket

What began as a wooly, uncomfortable status symbol has gradually become one of the most iconic and recognizable trophies in sports. Despite its seemingly everlasting significance, the green jacket was not awarded to the Masters champion until 1949 — 15 years after the Masters was first played — when Sam Snead captured the first of his three victories at Augusta National.

In 1937 (the fourth year of the Masters—or as it was called until 1939, the “Augusta National Invitational”), members of the club wore green jackets to distinguish themselves from the crowd. Members reportedly thought it would help fans easily identify them as “reliable sources of information,” and to let waiters know who got the check at dinner, according to Augusta.com.

When Snead won the Masters in 1949, Augusta National retroactively awarded green jackets to each former winner. Among them were several legends of the game, including Byron Nelson and Jimmy Demaret (each of whom won twice), Ralph Guldahl, Craig Wood, Henry Picard and Gene Sarazen. The jacket awarded to Horton Smith, who won the inaugural Augusta National Invitational in 1934, sold for $682,229 in 2013 by the appropriately named Green Jacket Auctions. That figure is believed to be the highest price paid for a piece of golf memorabilia.

The first green jackets were manufactured by Brooks Brothers, where Cliff Roberts, a New York resident and co-founder of Augusta National, often shopped. In 1941 an Augusta tailor named John Alfieri produced the jackets, and in 1949, an Augusta department store owned by Henry Cullom took over the task of tailoring and fitting. Since 1967 the jackets have been produced by over a dozen companies, the most common of which is Cincinnati-based Hamilton Tailoring Company. Nick Faldo, who won the Masters in 1989, 1990 and 1996, had his jacket produced by Nordstrom. Despite the far reach of companies who have produced green jackets, the cloth used is fashioned in the central Georgia town of Dublin, less than 100 miles from Augusta. The exact color? Pantone 342.

Multiple Masters winners receive only one jacket, and Augusta National officials estimate measurements for those in contention during the final round Sunday afternoon. Jack Nicklaus reportedly received a green jacket that measured to a 46 long after his first of six victories at Augusta in 1963. He later claimed the jacket, “looked like an overcoat.” The following year, the jacket belonging to New York governor Tom Dewey was waiting for Nicklaus in his locker. Despite becoming the only six-time Masters winner, Nicklaus wore Dewey’s jacket until 1998, when he was finally fit for his own.

The green jacket Masters champions wear during the ceremony Sunday night is only temporary; victors soon after receive a customized iteration that they’re allowed to keep for a year. After that point, past champions can only wear the green jacket on club grounds. There have been a few instances in which last year’s champ has failed to follow that rule, as the ultra-disciplined Gary Player knows all too well. After his victory in 1961, Player left his jacket at home in South Africa. The following year he lost in a playoff to Arnold Palmer, and not long after received a call from Roberts about the missing jacket. Player jokingly responded, “Well, you can come fetch it.” Roberts made sure Player knew not to wear it in public.

The green jacket is certainly among the most intriguing and distinguished items in sports, and it may very well be the most exclusive and well protected. That was, at least, until Phil Mickelson pulled up to a Krispy Kreme drive thru wearing his after winning the 2010 Masters. Something tells us that Mr. Roberts would not have approved. 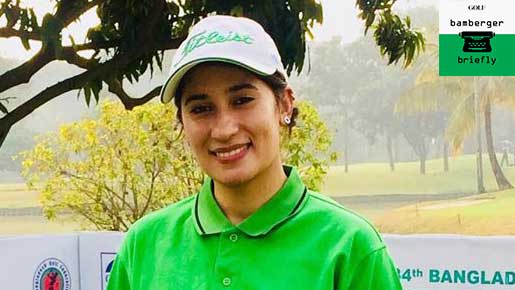