WATCH: Steph Curry explains the similarities between golf and basketball

Steph Curry is one of the best basketball players on the planet, but he’s also got quite the knack for golf. Between playing in Korn Ferry Tour events and funding the newly-founded Howard University golf team – not to mention an appearance on the cover of GOLF Magazine – Curry has established himself as a prominent celebrity figure in the game.

We recently took a walk with Curry as he played a hole and chatted about the similarities between golf and basketball, his favorite courses and much more. Here’s the full Q&A:

What’s your swing thought on the first shot of the day?

I’m trying to stay within myself. Pick a line and then just let it go. I try not to have too many swing thoughts.

Probably at Lake Tahoe in the American Century. Gap wedge on 18 and it hit the pin and it almost went in to tie my dad. I know in golf it was an almost … Then I had a hole-in-one, too. That was probably my favorite shot.

Besides Augusta, which is probably everyone’s favorite, I’d say Kingsbarns in Scotland.

Walking up to your ball, what’s running through your mind, basketball, golf, life? What are you thinking?

I’m thinking about everything but basketball, most likely. Even during the season when I play, this is the oasis. This is where I get to chill.

Is golf more of a physical or mental challenge?

It’s all mental. I guess the mental dictates the physical in some way shape or form.

How about basketball, more mental or physical?

Mostly physical. Then in order to get to that championship caliber, the mental separates the good from the great. But definitely physical.

Does play golf at all help your basketball?

It does, because it gives you some kind of balance. Playing 82 games and five runs to the Finals, three championships, you’ve got to have some balance in your life to get away from the game a bit. Everybody has their passion off the court, mine just happens to be golf.

Who would you really want to play with that you never have?

C’mon, you can make that happen.

What feels better, swishing a three pointer or flushing an iron?

There’s no better feeling than flushing an iron and the ball doing exactly what you want it to do. I think I just take for granted … percentages say I can shoot and knock it down whenever I really want to, but I’m chasing that flushed iron every single day.

What have you learned playing with tour pros?

Just how good they really are. There’s a lot of overlap between golf and basketball in terms of your competitive mindset. You’re kind of battling against yourself, and that pursuit of mastering the game. I think their pursuit is a little harder than basketball. We just find common ground on that from and then we have great conversations about what we’re trying to accomplish in our respective sports.

When you play with Jordan Spieth or Justin Thomas, how many strokes do they give you?

Jordan gave me three a side … no, two a side. It should have been three, I was petitioning for three.

Do you respect the killer instinct of a guy like Spieth? Does it remind you of any basketball players you’ve played against?

I think all the greats that win on that level, they have to have the killer instinct. Same thing with us on the court. You do not accomplish anything great in either sports without that type of mindset and that killer instinct. For those guys, even when they’re up by one or two going into 18 knowing they’re going to win, they’re still trying to birdie the last hole just because that’s their mindset.

It’s the only time in basketball when it’s just you and the rim and everything else is … there’s no more action on the court. Only thing different with putting is the distance changes every time you putt. But the routine, the rhythm, being able to visualize the shot before it happens is pretty similar. 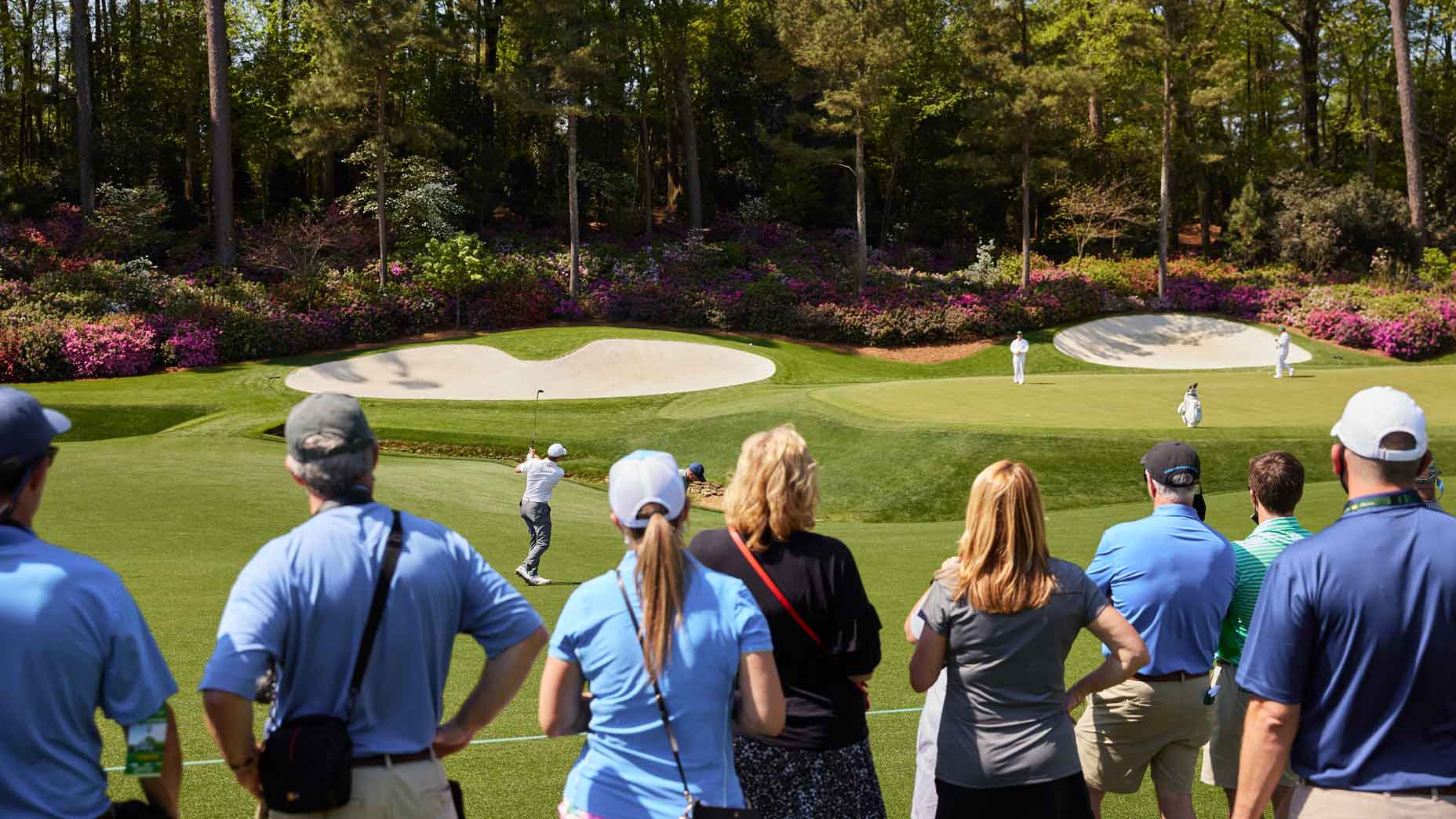 Inside Amen Corner: A patron’s-eye view of golf’s most famous three-hole stretch 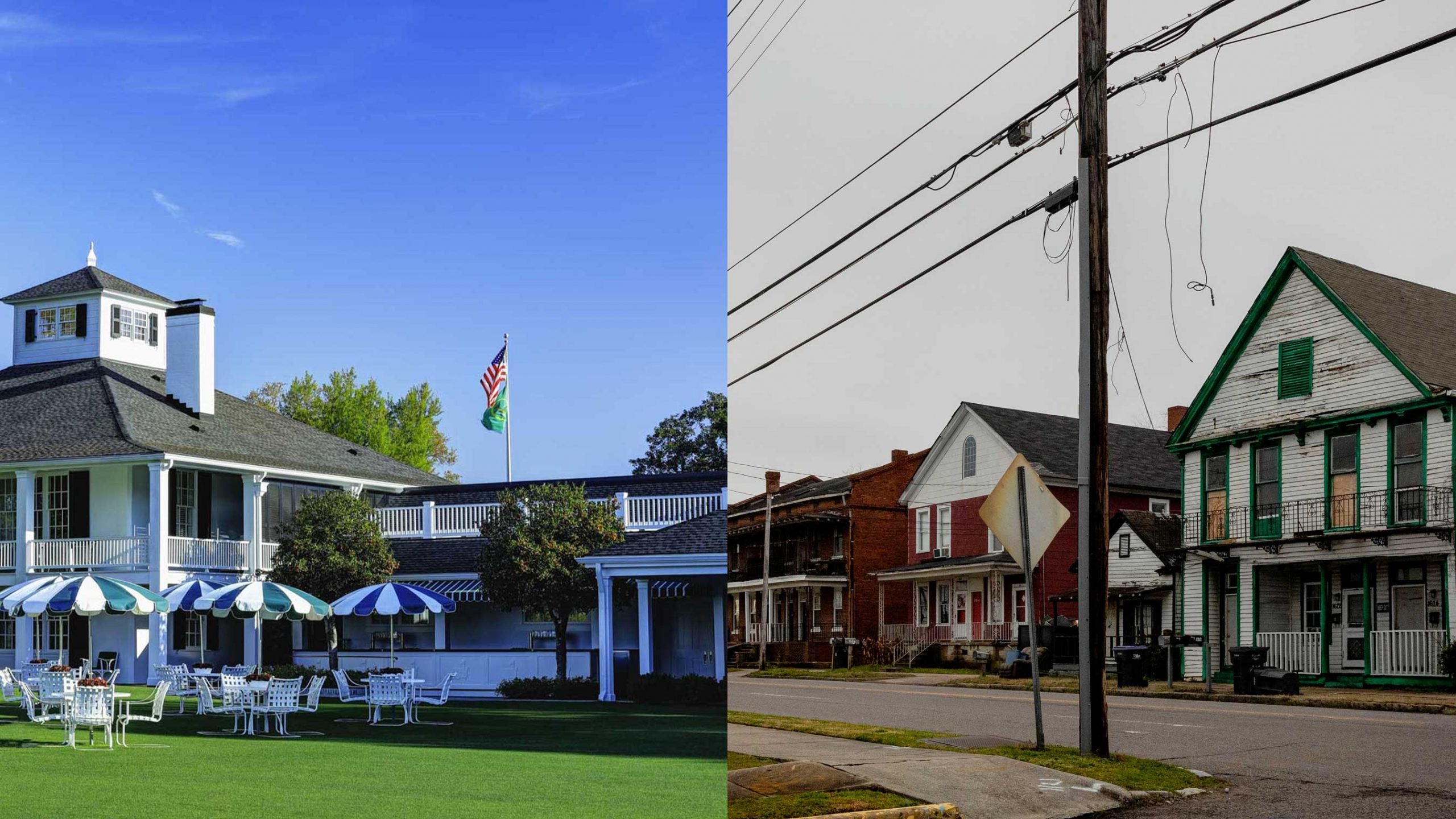 A new day in Augusta: Inside Augusta National’s pledge to revive the city it calls home 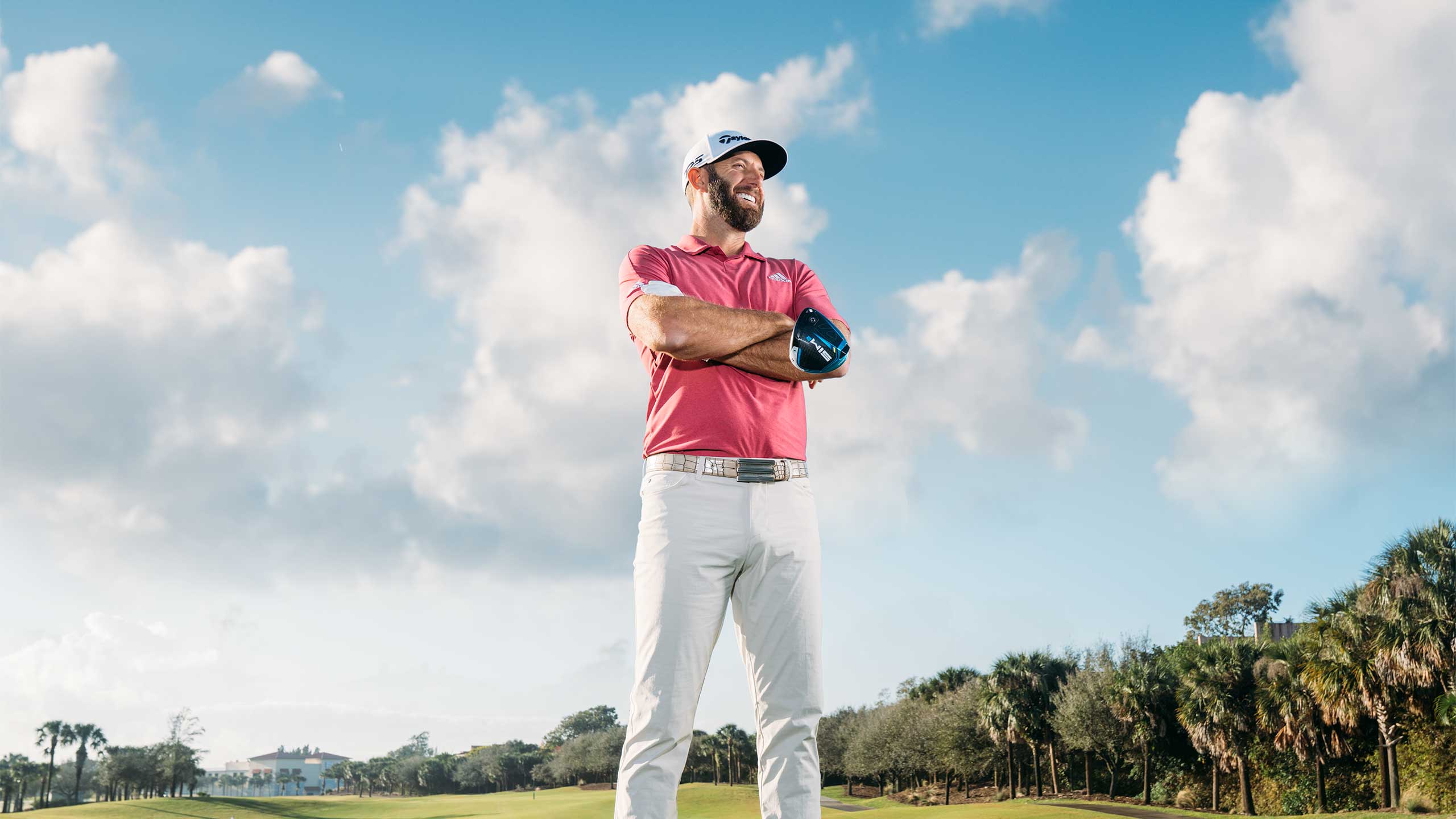 Master of one: Who is Dustin Johnson? Not the guy you’ve been told he is 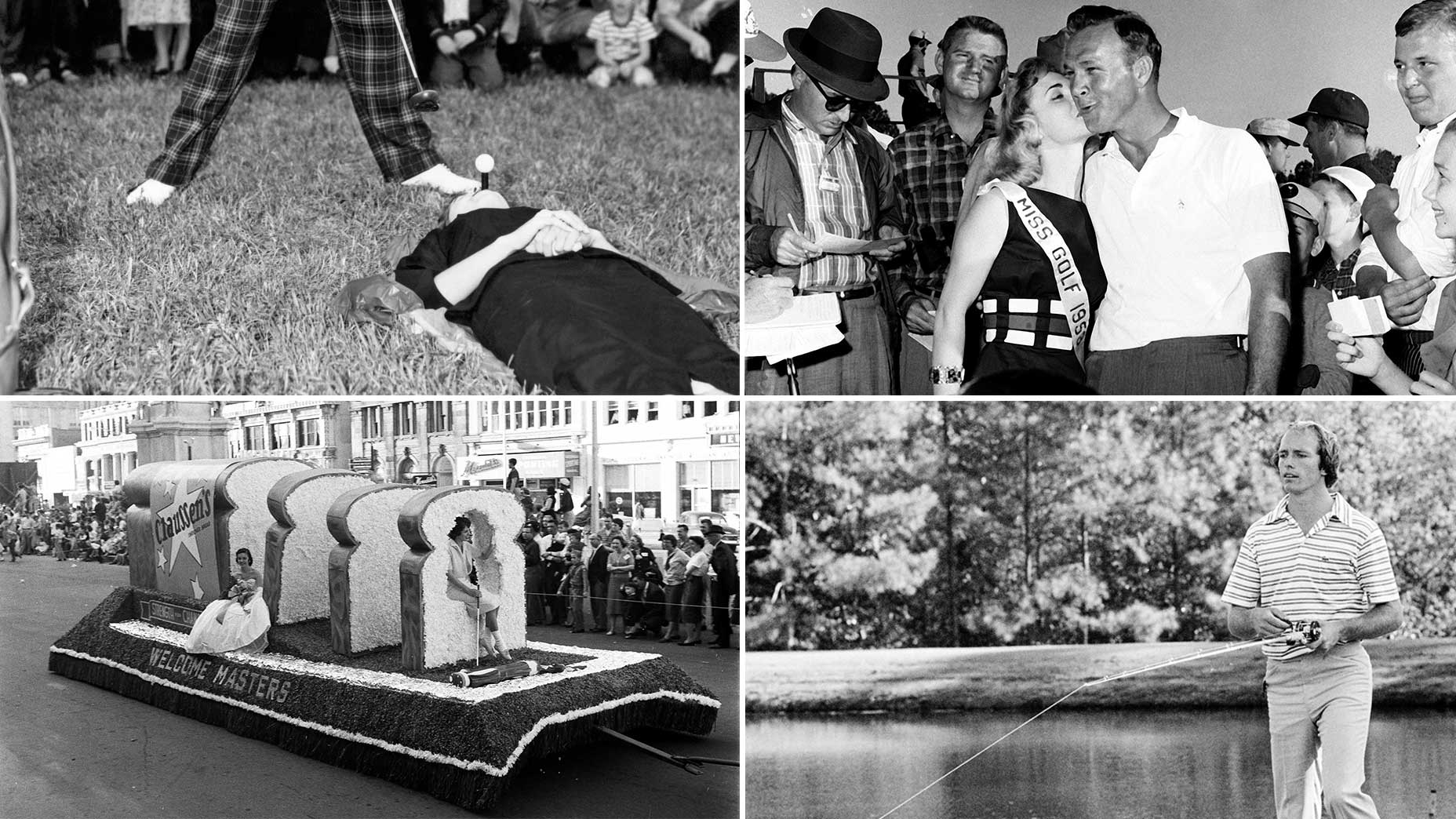 6 surprising Masters traditions that didn’t last, from a parade to a beauty pageant 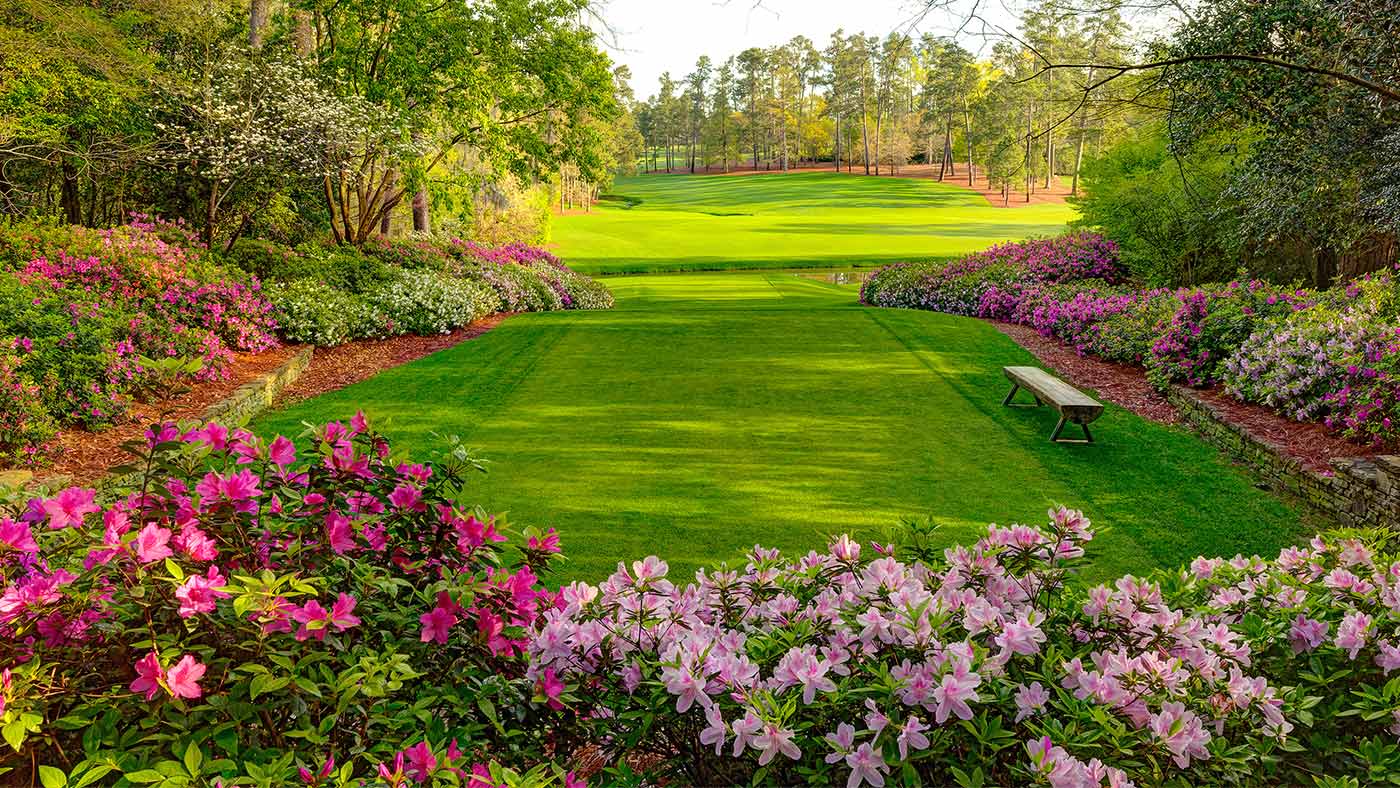 View from the top: Every hole at Augusta National, explained by a different Masters champion

Inside Amen Corner: A patron’s-eye view of golf’s most famous three-hole stretch

A new day in Augusta: Inside Augusta National’s pledge to revive the city it calls home

Master of one: Who is Dustin Johnson? Not the guy you’ve been told he is

6 surprising Masters traditions that didn’t last, from a parade to a beauty pageant

View from the top: Every hole at Augusta National, explained by a different Masters champion