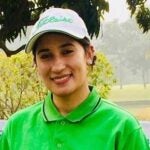 Golf is not for everybody, and thank goodness for that. But when the game sinks her teeth in you, they lodge. The game can change the course of your life. Maybe you get that. If you do, you’re already off-and-running with Shagufa Habibi, an Afghan exile going to grad school outside Boston, her clubs in the bedroom of the suburban house she shares with roommates. On weekends and days off, she beats a path to driving ranges and nearby courses. That sounds familiar, right? Her path to the game is not.

Habibi is a woman golfer from Afghanistan, a country that has virtually no golf and, now especially, few open doors for women playing any sport. Her story is beyond unlikely. But Habibi will tell you why she’s alive today: As a girl in Afghanistan, who grew up hemmed in by her family’s poverty, in an arranged marriage she did not want, she fell for golf.

Habibi is 26, with dark hair, large eyes and an expressive manner. She’s three inches over five feet, with a sturdy and athletic swing. Her English is outstanding. She has a tattoo, a symbol of a heart on her left hand, that, she said, represents her gratitude for being alive.

Different golfers are drawn to different things in the game. Habibi likes the downswing, though the golf term doesn’t come readily to her. “That moment,” she said in an interview, “when the club is coming down — it’s very interesting to me.” Her favorite golfer is Rory McIlroy. “He’s very confident,” she said.

Habibi was born in one of Afghanistan’s largest cities, Herat, where there’s a strong cultural influence from Iran. She is the youngest of 11 children. Her father, because of a physical disability, struggled to work and most days there was not enough food in the house for the many people in it. Her father was a devout Sunni Muslim and Habibi says that he did not want her to go to school, though classroom work came naturally to her, and he did not want her to play sports, though she enjoyed volleyball and basketball when she was at school. “What men did, I wanted to do,” Habibi said. That was not going to happen in Afghanistan, not even in the best of times.

She was 16 when she, by arrangement and against her wishes, married a man she did not know. After her wedding, she said, she tried to commit suicide four times. Suicide attempts by child brides, Habibi said, are common in Afghanistan. “Marriage does not happen in the courts, but between families,” she said. There was no legal path to divorce. There was no path to improving her mental health. When she explained the circumstances of her life to police officials, she was told that suicide attempts were a crime.

“What men did, I wanted to do,” Habibi said. That was not going to happen in Afghanistan, not even in the best of times. 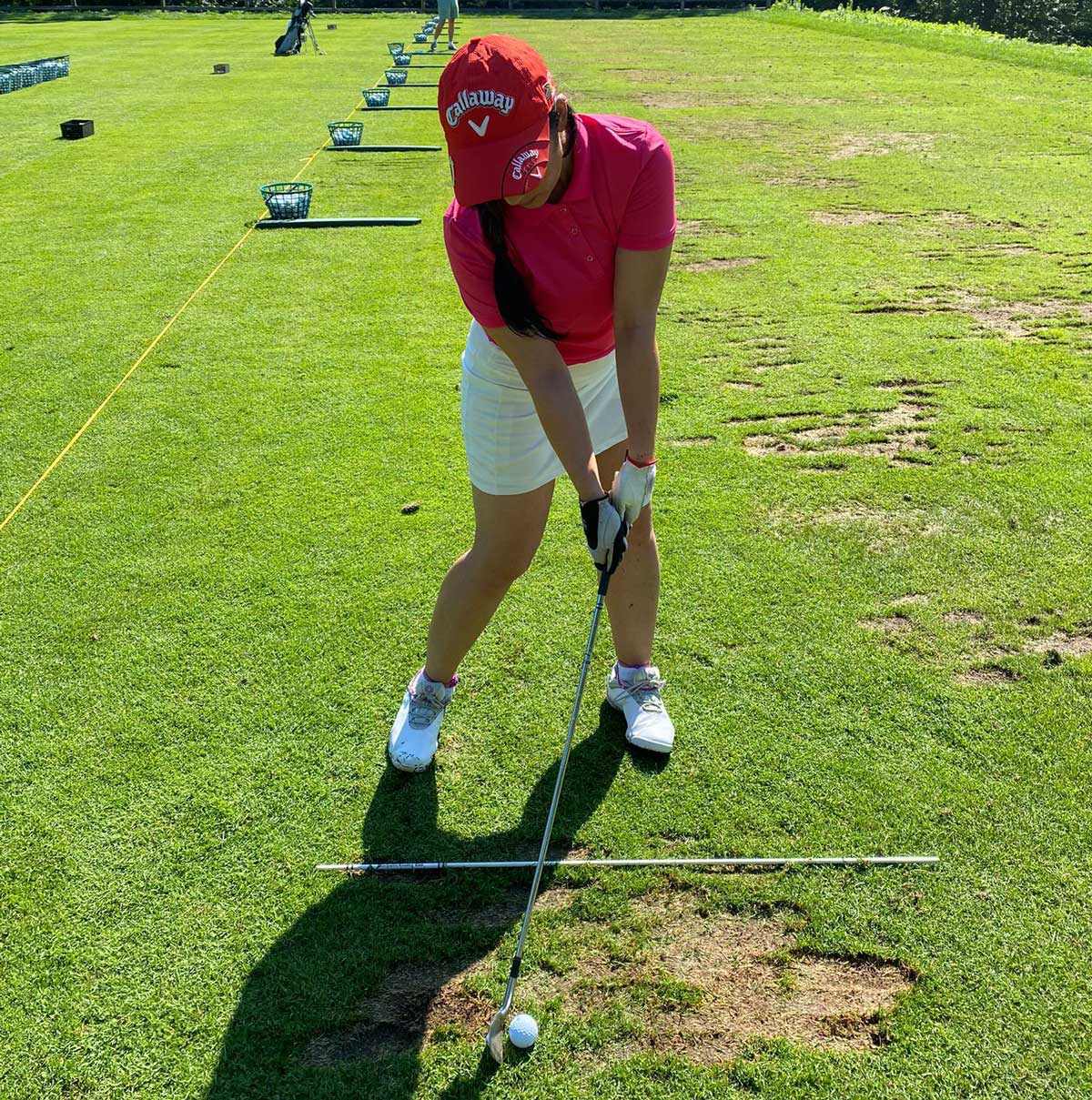 One day in 2014, as a 19-year-old, Habibi was walking by Herat Stadium, the city’s soccer mecca. By odd circumstances Habibi cannot explain, there was a sign outside the stadium encouraging anybody to try golf, right there, right then. There were maybe three sets of clubs and 50 balls on hand.

She had never heard of golf. She had never heard of Tiger Woods. She had no access to TV or the internet. To the degree Afghanistan has a golf course, it’s in Kabul, nearly 400 miles from Herat. Somehow, golf clubs and balls had made their way from Kabul, home of the primitive nine-hole Kabul Golf Club, to Herat Stadium. Habibi picked up a club. Aleksander Solzhenitsyn once said of golf, “I tried, I swung, I missed. I never tried again.” Habibi had a different experience.

On Google Earth, you see the Kabul Golf Club, or at least sort of see it. It’s a six-mile drive from the Hotel Intercontinental to the course, which is near a giant reservoir called Qargha. It’s not a course that is ever likely to produce world-class golfers, and to date it hasn’t.  Afghanistan had five athletes at the Tokyo Olympics, none of whom were there to play golf. Is Habibi the best woman golfer ever born in Afghanistan? Well, maybe. She says she has no idea, but she can shoot in the 90s, anyway.

For a brief while, golf was in the air in Afghanistan. There’s a YouTube video in which Robina Muqimyar, an accomplished Afghan athlete-turned-politician, talks about the promise of golf in Afghanistan. She was elected as a member of parliament in 2019, but her term came to an end on Aug. 15, when the Taliban took over the presidential palace.

The current nine-hole Kabul course was built in 1967 but golf was first played in Afghanistan in 1911 by its monarch, Emir Hajibullah Khan, a golfing obsessive. He was assassinated in 1919 and was buried on one of his courses. A modest website devoted to the modest history of golf in Afghanistan included a timeline with these two notable dates: 1996, Kabul G.C. closed by the Taliban; 2004, Kabul G.C. reopens. Ten years later, an odd collection of golf clubs found its way to Herat Stadium and to Shagufa Habibi.

There are aging videos on the internet of working men playing the rough Kabul course, farmers in robes playing it, women in scarves and sunglasses playing it. If golfers are on the course now, they almost surely are not women. It’s hard to know. It’s not like the Kabul course has a listed phone number and a starter with tee-time information.

This is from a 2016 Golf Digest story about the course by Robbie Greenfield: “In terms of places to play before you die, never has a golf course offered to place those two events in quite such disconcerting proximity.” Golfers on the Kabul course played with a guard, and that was in relatively good times.

Habibi has played the course. “It’s not a standard golf course,” she said. “It’s just a basic golf field. The greens are not soft at all.” Also, they’re brown.

Habibi is studying for a master’s degree in international economics and finance at Brandeis University. In her philanthropic life, she plans to devote herself to curbing arranged, forced marriage in Afghanistan — and to giving women from third-world countries the opportunity to play golf. You can read about her goals and life here. In her life, Habibi has seen the tragic consequences of the arranged marriage and the life-affirming gifts of the old Scottish cross-country game. Both inspire her.

With the golf bug coursing through her, and now having met some people interested in the vague concept of Afghan women playing golf, in a period of relative freedom in her home country, Habibi found her way to Kabul. She was out of the grasp of her husband and father. In March 2015, she was invited to make a golf trip to Bangladesh with six male golfers and one other female golfer. It was her first time on a plane. “I was very scared,” she said. The plane — and everything else. One of her sisters covered for her.

“Bangladesh represented freedom,” Habibi said. “I was able to do something. I enjoyed my teammates. I wore my hijab but there was no judgment of being female.” After about a week of practice, she played her first two 18-hole rounds at the Kurmitola Golf Club, in Dhaka. She made some pars. “Golf gave me energy,” she said. “It was very depressing to go back.”

I wore my hijab but there was no judgment of being female.”

Before she left, she learned about the Asian University for Women, in Bangladesh, and in September 2015 she enrolled there. She graduated in 2019. Habibi has been pursuing golf and her studies ever since. “I tell my roommates, ‘Golf is not about being born rich, or even being rich,’” Habibi said. “But they don’t accept that.” Still, they drive her to courses and driving ranges, now and again.

In greater Boston, Habibi has had this conversation repeatedly:

You play golf? No way.

“When I was an undergraduate, I saw that sports and golf were a way to be successful in business and in education,” Habibi said. “In Afghanistan, we had a taste of freedom. We had a taste of what we were all dreaming about. But now, this situation there, it halts the future of all girls.”

She thinks sometimes about the randomness of life and how hers changed the day she walked past the Herat Stadium alone with an invitation to try golf suddenly appeared. Shagufa Habibi picked up a club. She got a ball in the air. Her second life took off with it.