At just before 7:30 a.m. on a recent Saturday in South-Central Los Angeles, the first group in the Chester Washington Golf Course men’s club outing hadn’t teed off yet, but the sound of trash talk had already filled the air.

Among the golfers playfully chirping at one another was Charlie Baker, who knows his way around this historic muni better than most.

Baker, who is 47, was first introduced to the course when he was about 12, through a youth program called the Tee Masters Golf Club. He was a student of Allen Whittaker, who still plays with the men’s club — in fact, on this February morning Whittaker’s name was also on the tee sheet.

“This right here is the hub for Black golfers,” Baker said. “Always has been.”

At the heart of Chester Washington’s appeal is its history.

In the 1950s, the course became a hot spot for Black celebrity athletes, including Joe Louis, Jim Brown, Maury Wills, Sugar Ray Robinson and many others. Over time, it has maintained its popularity — even a young Tiger Woods played there.

The course opened in 1928 as Western Avenue Public Golf Course and was later renamed Chester Washington after the publisher of the Los Angeles Sentinel, the city’s largest black-owned weekly. The city muni became one of the first public courses in Southern California to desegregate and allow people of all races to play.

“It’s a place that was able to not only change lives in the community, but it also changed policies in the entire county of Los Angeles,” says general manager Brian Carrico. “Once they desegregated Chester Washington, they had to desegregate all other county courses and all other county facilities. Through golf, they were able to change an entire county’s policies on segregation.”

After the course desegregated, aspiring professional Black golfers such as Bill Spiller and Teddy Rhodes made Chester Washington their home course. It was there that they met actress and activist Maggie Hathaway, who would help them in their years-long fight to overturn the PGA of America’s “Caucasian-only” requirement.

I’ve been influenced by the African-American golfers at the course all my life. So, to me, it’s all about keeping that history going. Charlie Baker 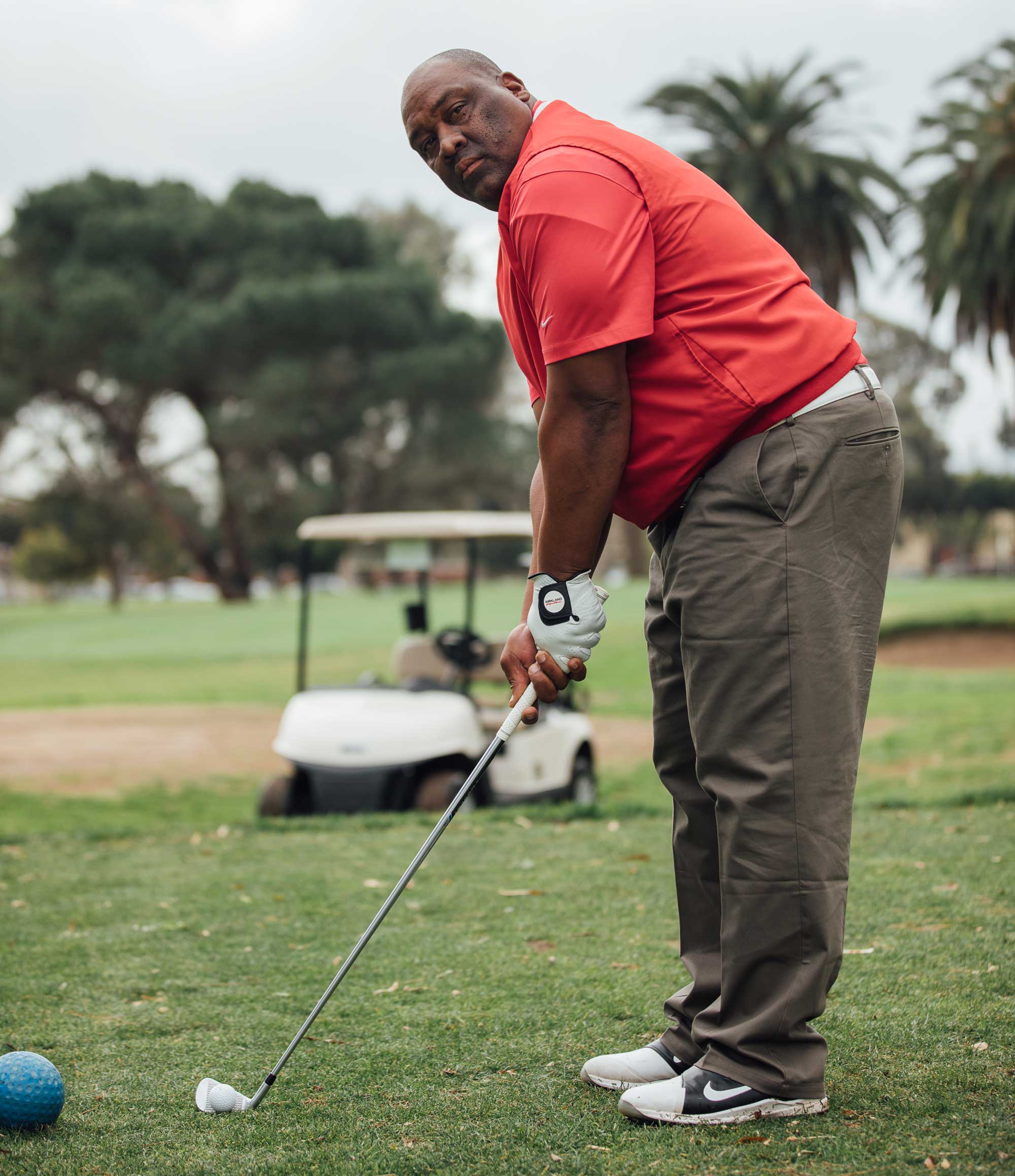 Throughout the 1950s, Spiller and Rhodes held protests that halted play at multiple PGA Tour events. In 1960, the California Attorney General initiated legal action against the PGA of America, which led the organization to drop its “Caucasian clause” in 1961.

Sifford won twice on Tour and also a senior tour major — what is now the Senior PGA Championship — and, in 2004, was inducted into the World Golf Hall of Fame. Because of his success and what he meant to the members of Chester Washington, the street leading to the club was renamed Charlie Sifford Drive.

Fourteen years after Sifford earned his Tour card, another regular and close friend of the men’s club, Lee Elder, would become the first Black golfer to play in the Masters. Elder will make more history in April as an honorary starter at the Masters.

Chester Washington also has a women’s club, which was founded in 1946 and continues to thrive with golfers of all abilities; the club president, Pamela Davis, began playing golf only about five years ago. The rich history of the course and the role Black women golfers, including Hathaway, have played within it have inspired Davis to keep the club going and growing.

The scene at Chester Washington today doesn’t look quite like it did a year ago. The pandemic has shelved golfers’ after-hours dominoes sessions and practice-green gambling games, but the course remains a gathering place for the Black community, especially for Black seniors who have been hit hardest by the pandemic in Los Angeles.

“For the ones who still come out, we make sure to socially distance and be safe. Luckily golf is good for that,” Baker said. “But I truly miss the older generation at the course. It makes me sad to not see their faces.

“But they’re why we care so much about keeping this club going and keeping the history alive. A lot of those folks were the ones who made all this possible along with Charlie Sifford, Lee Elder, Bill Spiller and the others. I’ve been influenced by the African-American golfers at the course all my life. So, to me, it’s all about keeping that history going. If we lose that, we lose a lot.”

In April 2020, Chester Washington was designated as a Los Angeles County Historical Landmark, which protects it from the gentrification that the neighborhood, like many others in L.A., is facing.

While that honor is meaningful, Carrico, the general manager, said he would like to find a way to bring a national designation to the course “by making it officially accredited as a ‘Historically Black Golf Course.’” No such process exists, but Carrico hopes to work with national golf organizations to honor courses like Chester Washington that have played a consequential role in moving the sport forward socially.

These courses’ significance cannot be overstated.