Welcome to the Fantasy Six Pack! If this is your first time joining us, we highlight six golfers to use in two popular fantasy golf platforms, DraftKings and FanDuel. On each, you must select six golfers for your lineup under a specific salary cap. (DraftKings $50,000, FanDuel $60,000.) A little about me: I’m a golf nut with a 1.3 handicap and a nose for analytics — according to Rotogrinders, I’m one of the top daily fantasy golf players and ranked inside the top 25 of all players. Come check out all of my analysis at Awesemo.com — last week I continued my hot streak and profited over $10,000!

Our studs came through as Bryson and Tiger both ended up in the top 10 of total DraftKings points scored, while Paul Casey, Adam Hadwin and Jordan Spieth — who is still struggling on weekends and it’s killing me — all made the cut. Our long shots were a disappointment.

Skills emphasized: This will be the third time the tournament is played at Chapultepec and two the previous winners, Mickelson and DJ, had one thing in common: approach shots. Both ended up inside the top 10 in the field in that category, while diverging on the others.

Justin Thomas (Odds: 10/1, DraftKings $11,800, FanDuel $12,000) JT’s putter went ice cold late on Sunday at Riviera, and it cost him the tournament. This will be a fantastic test of his resilience, and I’m willing to bet that he’s able to bounce right back and get himself into contention again this week. 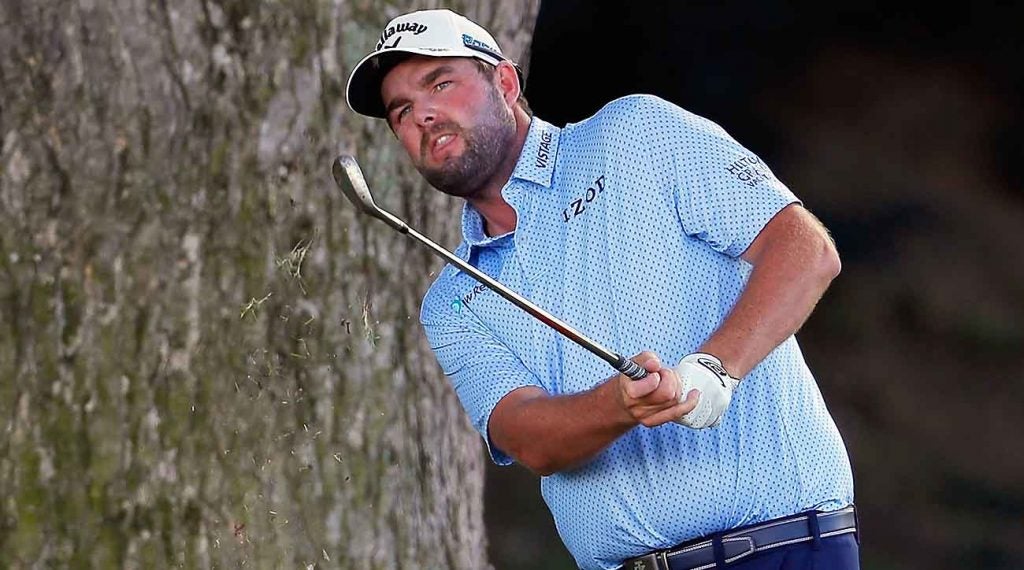 Marc Leishman (Odds: 30/1, DraftKings $8,700, FanDuel $10,800) Last week the course was probably a little too long and a little too wet for Leish, as he struggled off the tee. But his putting and approaches were on the money, and if it continues this week, watch out.

Shugo Imahira (Odds: 300/1, DraftKings $6,100, FanDuel $7,300) This 26-year-old from Japan has had quite a run the last few months, culminating with an invite to the Masters. He also got a sponsor invite to the Sony Open, and was able to make the cut and put up a ton of daily fantasy points in the process. We don’t have to worry about him making the cut this week as it’s a no-cut event, and we’ll need plenty of salary relief to roster Thomas, Leishman and the Big Cat.

Under-the-radar play of the week

Once in a while I’ll include a section that highlights a golfer not yet well-known in the golf world. It’s an opportunity to add some variance to your daily fantasy contests.

Tom Lewis (Odds: 200/1, DraftKings, $7,000 FanDuel $7,000) Lewis plays on the European tour, where this year he has two top 10s. He also has six top 15s in his last nine starts overall. Impressive! He’s known for accurate driving and solid approaches — he’s gaining almost a stroke per round on his approaches this year. This will be his first World Golf Championship start.

Louis Oosthuizen (Odds: 66/1, DraftKings $7,500, FanDuel $9,200) Louis had a terrible start at Riv and took himself out of the tournament. If he has his game together in Mexico, this could be a good spot for him.

Last but not least, a check on Tiger

Tiger Woods (Odds: 25/1, DraftKings $9,500, FanDuel $11,200) Woods heated up Friday and Saturday morning at Riviera, which got fans excited. He wasn’t able to sustain the momentum, but really he was out of the tournament long before that after squeaking into the weekend just under the cutline. His putter was cold last week, while his off-the-tee game and approach shots appeared fine. That should help him here, and the altitude change will limit the length advantage other golfers typically enjoy.

Where to play this fantasy Golf this week: Tiger is the theme this week as big contests come back!

Jason Rouslin is the lead golf analyst for Awesemo.com. He has been playing golf for the last 20 years, betting on golf for the last five and writing about golf for the last two. Connect with him on Twitter @dfsgolfer23 or check him out on the @rotogrinders live golf show on Tuesday’s @ 8 PM and on the live @Awesemo_Com golf show at 9 PM Wednesdays.