Fantasy Six Pack: Players to watch this week at the Honda Classic 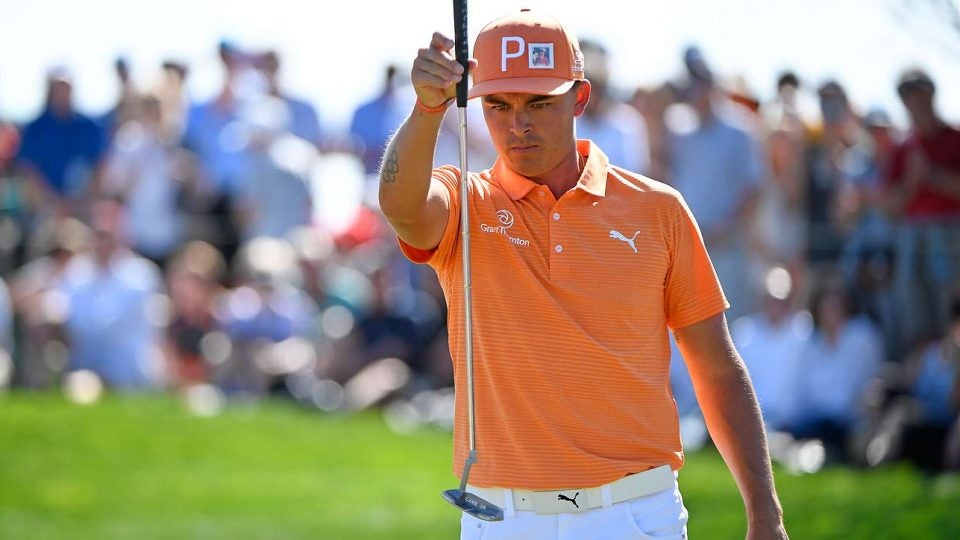 Rickie Fowler enters this week in good form as the defending champ.

Welcome to the second edition of the Fantasy Six Pack, where we highlight six golfers to use in two popular fantasy golf platforms, DraftKings and FanDuel. On each, you must select six golfers for your lineup under a specific salary cap. (DraftKings $50,000, FanDuel $60,000). As a reminder, I’m a golf nut with a 1.3 handicap and a nose for analytics — according to Rotogrinders, I’m one of the top-10 daily fantasy golf players. With that, let’s dig into this week’s Honda Classic.

The Honda Classic, the first tournament on the Tour’s “Florida Swing” was founded 46 years ago in 1972 as Jackie Gleason’s Inverrary Classic. The PGA Tour has kicked off the Florida Swing here at the Champions Course at PGA National for the last 10 years. Since 2007, the tournament’s main beneficiary is the Nicklaus Children’s Health Care Foundation, chaired by Barbara Nicklaus, wife of Jack Nicklaus. Like last week, and for the foreseeable future, it’s a 72-hole event with a cut after 36 holes.

1. Rickie Fowler (DraftKings $11,700, FanDuel $12,300: Rickie will look to earn his ticket back to the Tournament of Champions at Kapalua the same way he did last year, by winning the Honda Classic. The defending champ won it last year with a winning score of -12 while fending off Morgan Hoffman, Gary Woodland and Tyrell Hatton on Sunday. He’s the odds-on favorite to win this week and I can understand why. Statistically, Fowler has looked superb this year, ranking 4th in scrambling and gaining almost a stroke per round (over the last six weeks) from the strokes gained around the green. As we highlighted above, that metric combined with a hot putter will inevitably put Fowler in the top 10, with a chance to win come Sunday. Besides the missed cut at the Famers, Rickie has placed 4th, 11th and 2nd in his three PGA Tour events this year and there’s no sign that form will end here. And finally, Fowler lives near the course, making this essentially a home game.

2. Sergio Garcia (DraftKings $10,500, FanDuel $11,900): The reigning Masters champ will continue his preparation to defend his green jacket this week. He actually started his season six weeks ago in Singapore with a win at the Singapore Open, but of course that field wasn’t nearly as strong as this one. He followed that up the next week with a 32nd-place finish at the Dubai Desert Classic. Garcia has had past success at PGA National, placing in the top 35 four years in a row with three top 15s and one runner-up (2016). This will be his PGA Tour season debut, so we don’t have any seasonal stats on him yet.

3. Tyrrell Hatton (DraftKings $9,500, FanDuel $10,600): If you are new to fantasy golf, you may not know of this Englishman, but he is in my opinion one of the best follows on social media. (@TyrrellHatton) Between his golf anecdotes and his self-deprecating tweets, Tyrell is a gem. And his golf game? Hatton’s form seems solid as he started his season with two respectable performances, 15th in Abu Dhabi and third in Dubai. He’ll be making his second trip to he Honda Classic, where he hopes to top last year’s fourth-place finish. Last year on the European Tour, where Hatton plays most of his golf, he ranked 56th in scrambling, 43rd in putting, 64th in GIR, 52nd in driving distance and 125th in driving accuracy. Add it up and Hatton’s game is a blend of decent to above-average short game and ball striking (putting, chipping and approach shots) while favoring distance over accuracy of the tee. Given his success here last year and his statistical profile, I like him to finish in the first page of the leaderboard.

3. Brian Harman (DraftKings $8,900, FanDuel $10,500) This ex-Georgia Bulldog broke out last year while winning at the Wells Fargo. He continued the momentum into 2018 where he has two top 5s, another top 20 and one MC in four tournaments. He did miss the cut in his last start, but that was over a month ago. (Plenty of time for some R&R!) Back at it this week, Harman will be playing in his seventh straight Honda Classic, where in the last six years he’s carded two top 15s, two MCs and two other nominal finishes. Harman has come out publicly and said that he’d like to make the U.S. Ryder Cup team this year. He’ll need at least one more win to get on captain Jim Furyk’s short list. It could happen this week.

4. Bud Cauley (Draftkings $7,800, FanDuel $9,100) One of three University of Alabama products in the field (along with Justin Thomas and Tom Lovelady), Cauley is working on his best start to a PGA Tour season yet. He’s made 7-of-8 cuts with four top 20s. Statistically, Cauley is a great ball striker (approach shots and off the tee) and struggles a bit with the flat stick. Over the last six weeks, he’s gaining about a half a stroke around the green (scrambling) which is encouraging, especially for a course like PGA National. He placed 27th here last year. Neither DraftKings nor Fanduel make it easy for you to roster a lot of big names this week, so it’ll be imperative to dig deeper. Cauley fits the mold for a salary-friendly option.

5. Luke List (DraftKings $7,400, FanDuel $8,300) Known for his elite power off the tee, List has clearly been working on other parts of his game. Over the last six weeks List ranks second in the field, gaining over a stroke on average from around the green. That’s very encouraging for this week as he works on three straight top 30s. He has also shown upside here, where he placed 10th in 2016. (He followed that up last year with a 52nd.) When List makes the cut, normally he gives you plenty of DFS points to make it worth it.

Brandt Snedeker (DraftKings $8,700, FanDuel $11,000) Coming of his worst year in quite some time, Snedeker seems to have righted the ship while making three straight cuts. He makes his first appearance at the Honda since a 2012 WD. I think he’s playing here in part due to his OWGR ranking, which is floating around the top 60, pivotal for a spot in the Masters and upcoming WGC events. In his last three starts, where he finished 20th, 23rd and 45th, his short game and putting showed improvement. Gaining over a stroke putting and almost a stroke around the green, Snedeker should be able to bail himself out this week with plenty of par saves.

Tiger Woods turned in another abysmal performance off the tee last week. He battled in Round 1 but ran out of steam on Friday and ended up missing the cut by several shots. When Tiger puts the ball in play, he scores at a rate that would put him inside the top 10 of most tournaments, but so many tee balls have been out of position, leading to bogeys or worse. He shouldn’t need to hit too many drivers this week as the course is just a hair over 7100 yards, and as we mentioned, emphasizes the short game. Tiger surprisingly has been consistently solid with his short game over his last six rounds, and probably sees this as a chance to grind out two even par 70s and play the weekend. 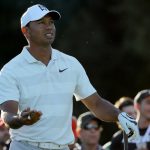 You may also like ‘Room for improvement’: After two shaky rounds and a missed cut at Riviera, Tiger Woods acknowledges there’s work to do