Fantasy Six Pack: Players to watch at the WGC-Match Play 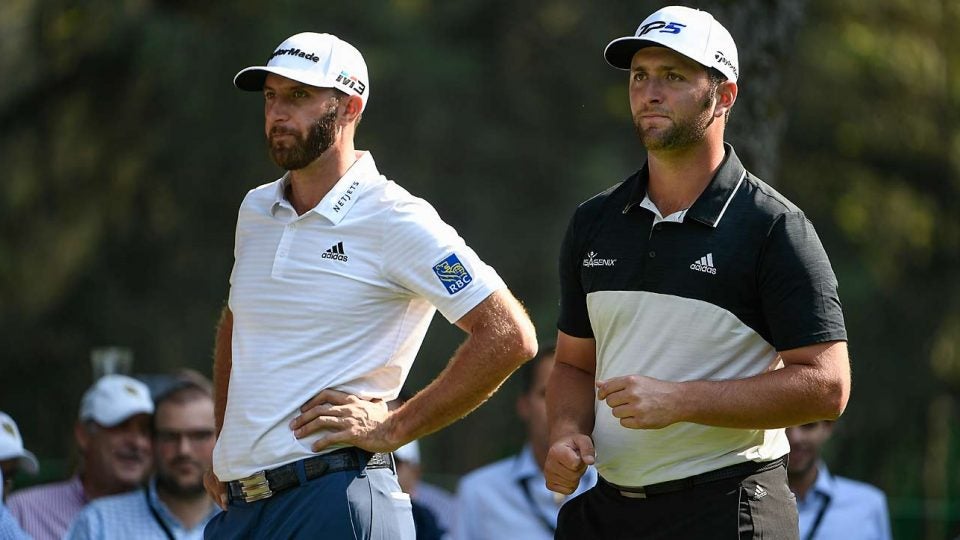 Welcome to this week’s Fantasy Six Pack, a special WGC-Match Play edition! The DFS industry is abuzz thanks to a new format rolled out for fantasy players looking for action on this event. DraftKings, after years of begging and pleading, has finally given us a match-play format with big prize pools. There are some scoring changes from a typical fantasy golf week (here’s the full rundown) but the objective is the same as always: score points and win. Let’s see how the golfers will be measured this week.

At last, a week where all six of our picks made the cut. We also had two top 5’s with Stenson and Woods. Let’s keep it rolling!

1. Dustin Johnson (Odds: 8/1, DraftKings $11,800): Remember him? DJ is still the top-ranked player in the world, and he’s this event’s defending champion. McIlroy’s heroics last Sunday got him pretty close to becoming my top choice this week, but I give the edge to DJ partly because of his draw – he’ll face two guys completely out of form in Kisner and Weisberger, and he should be able to handle Adam Hadwin. Moving further through the bracket, a Sweet 16 matchup against Matt Kuchar or Zach Johnson is favorable. Over the last 6 starts DJ has gained just about ¾ of a stroke off the tee and is marginally gaining strokes with his approaches. In the last nine weeks, he’s played four times with four top 20s and three top 10s.

2. Rory Mcilroy (Odds: 8/1, DraftKings $10,000) I might be cheating a little bit, but at 1$0,000 on DK with a relatively easy draw (outside of Brian Harman), Rory is hard to pass up. His back nine on Sunday was some of the best golf I’ve seen in quite some time, and if that form continues this week, no one’s even getting close. (Other than maybe DJ.) Personally, I don’t think the putter stays as hot as it was this past week, but that doesn’t’ mean he won’t’ win again. McIlroy gained more than 10 strokes with the putter last week and also put together a rock-solid tee-to-green game.

3. Paul Casey (Odds: 22/1, DraftKings $8,800) Playing his first event since Valspar, where he clipped Patrick Reed and Tiger Woods by a shot. After a week off to mourn the death of a friend back home in England, Casey heads to Austin for the third straight year. He didn’t make it to the round of 16 in 2016 and was knocked out in it last year. But this year he landed one of the easier draws, at least on paper. Matthew Fitzpatrick is out form, missing every cut since coming stateside, and Russell Henley has only had one finish inside the top 15 in the last nine weeks. Kyle Stanley could be his biggest threat in the group stage, while a meeting with friend and fellow Ryder Cup teammate Sergio Garcia looms in the sweet 16.

4. Kevin Chappell (Odds: 70/1, DraftKings $7,500) Due to the DraftKings salary requirements, you have to take a few long shots. Chappell should rack up birdies and win some holes. He’s also in a very tough grouping with Poulter/Berger/Fleetwood and just might sneak through. He’s coming off a blistering Sunday that saw him scream up the leaderboard to tie for seventh. Over the last six starts, he is gaining just over a stroke-and-a-half from tee to greem, a half-stroke on approaches and about 7/10 of a shot off the tee. This will be his second trip to Austin and is seeking his first trip out of the group stage.

5. Shubhankar Sharma (Odds: 90/1, DraftKings $7,200) This 21-year-old from India is riding the wave and has already won twice on the year, along with two top 10s. An extremely talented, grounded and well-rounded golfer, Sharma could pull off some upsets and get through a tough group (Garcia, Xander Schauffele, Dylan Frittelli). In Mexico, he gained about two strokes from tee-to-green, which should bode very well.

6. Jon Rahm (Odds: 14/1, DraftKings $10,800) Rahm needs a mulligan? Well, not really, but he did lose to DJ last year in the finals of this event. I’m sure he’s love another crack at DJ, and he might just get it. He has a win and four other top 30s in his last five starts. He’s ranked 32nd in tee-to-green and 29th in putting. If he’s able to keep his tee-ball in play this week, he’ll make plenty of birdies and will be tough to beat.

DraftKings: As we mentioned in the opening DraftKings has put out some huge prize pools kicking off their new formats. Let’s take look.