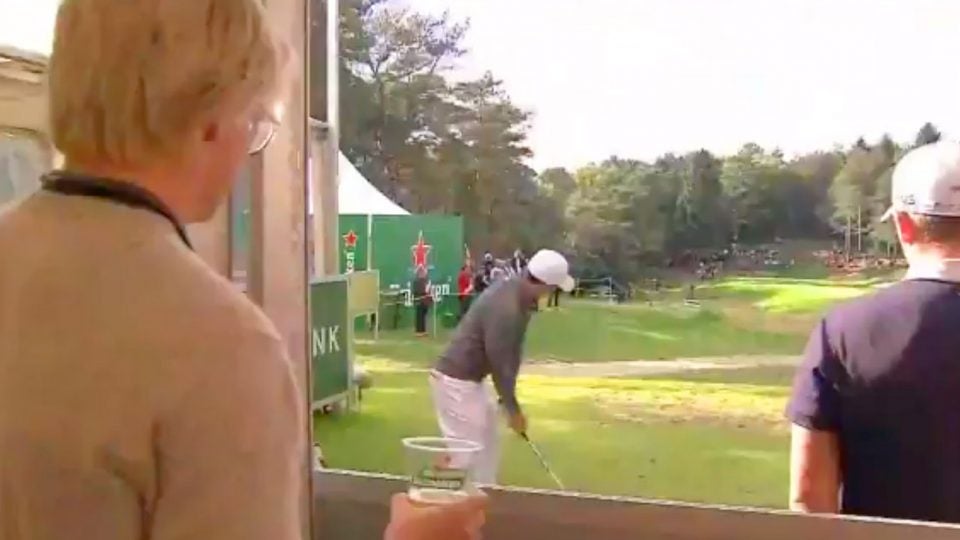 At the Made in Denmark, the 15th tee is located inside a hospitality tent.
@europeantour

That’s one way to liven up a golf tournament: Fans standing at the par-4 12th hole at the European Tour’s Made in Denmark event this week will have added incentive to cheer players on. Players who hit the green on Thursday and Friday win six beers for spectators; on the weekend they’ll win 12.

Watch a clip of Swedish golfer Marcus Kinhult cashing in on Thursday:

Anyone who hits the green at the par 4 12th hole wins six beers for some lucky fans around the green. Kinhult will be a popular man today. #MiD18 pic.twitter.com/neN3CpsXMQ

Meanwhile, at the 15th, the tee box is actually located inside a hospitality tent:

Look out for the 15th tee this week, it’s located inside a hospitality lounge.#MiD18 pic.twitter.com/xuJtfkSeL0