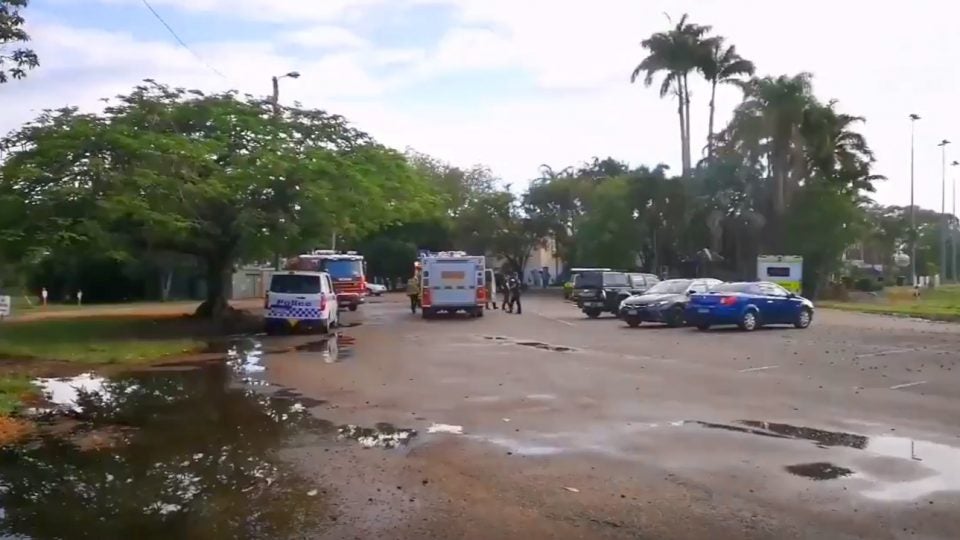 Emergency personnel respond the an explosion at Townsville Golf Club in Australia, as tweeted by @Andytwit123.

One golf course maintenance worker’s day went from bad to worse when an explosion ripped through a sewage treatment building at an Australian golf club yesterday.

According to police, the man had entered the building prior to the explosion, which they are blaming on a methane gas leak. District Duty Officer Senior Sergeant Scott Warwick told the Townsville Bulletin, “he’s suffered superficial burns and was transported to hospital with non-life threatening injuries.”

The club, Townsville Golf Club, is located in Queensland in northeastern Australia. Residents in the area had complained of a foul odor coming from the sewage treatment plant for months. It became such an issue that “the State Government slapped the club with an Environmental Protection Order in December after investigating complaints from residents about sewage odour,” according the the Townsville Bulletin.

The victim was transported to a nearby hospital where he is expected to make a full recovery, while authorities vented the damaged building of methane gas to prevent another incident.

Emergency services at one end of golf course, man being treated in toilet near club house #Townsville pic.twitter.com/TQJ622rVET