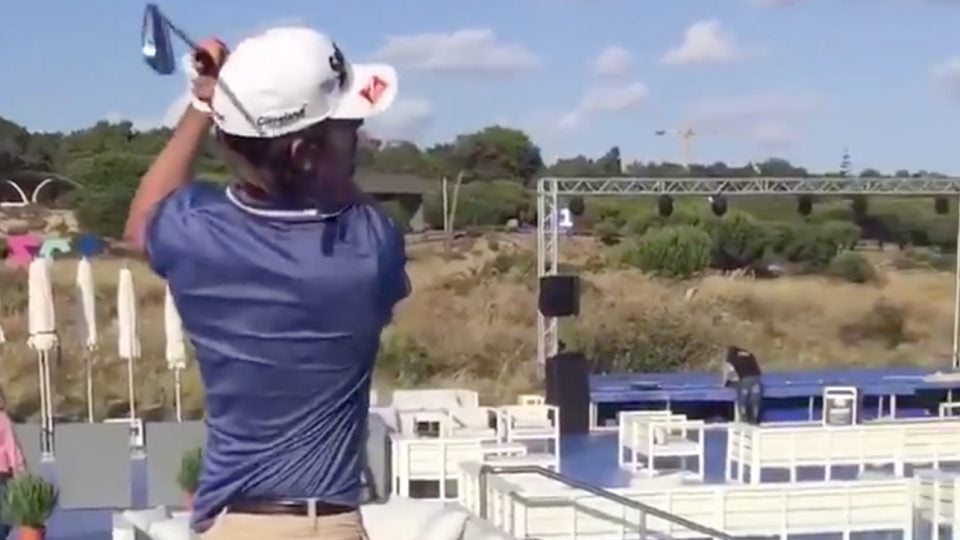 One European Tour player teeing off over a swimming pool at this week's event.
European Tour/Twitter

This week’s European Tour Golf Sixes event is temporarily throwing a wrench in some of the golf norms you’ve likely become accustomed to. The event is taking a leap into the unknown, with changes that, depending on your preferences, are either wildly radical or boldly progressive.

For one, players are allowed to stride around in shorts all week, a practice that has long been prohibited in competitive PGA Tour events. In February, the PGA altered its policy to allow players to wear shorts in practice and pro-am rounds. The European Tour has had such a policy for three years. Allowing shorts in competitive rounds in the PGA would undoubtedly be met with praise.

“I would love it,” Tiger Woods said last May of the possibility. “We play in some of the hottest climates on the planet. We usually travel with the sun, and a lot of our events are played in the summer, and then on top of that when we have the winter months here a lot of the guys go down to South Africa and Australia where it’s summer down there.”

Additionally, the Golf Sixes event is letting players use range finders, enforcing a 30-second shot clock on the fourth hole, playing its sixth hole over a swimming pool (better beware of divers below), and having men and women compete head-to-head. And if that weren’t enough, drone footage will be used for the first time to capture imagery of the event.

The main innovations this week 👀

The 6th tee shot is going to be interesting this week. #GolfSixes pic.twitter.com/SR26Cvx54R

The reception of these moves will be interesting to monitor, especially if any of the ideas in particular gain steam. Thus far, fans on social media have offered mixed reviews.

Well this just got interesting… pic.twitter.com/nZggrlc6k2

All good except for the range finders. That’s a terrible idea.

Sounds like a load of nonsense. Will be playing on a crazy course next.

One way or another, expect plenty more reaction from players and observers as the 16-team event progresses throughout the week.