All in the family: Ernie Els enjoyed his nephew’s first-career round at British Open 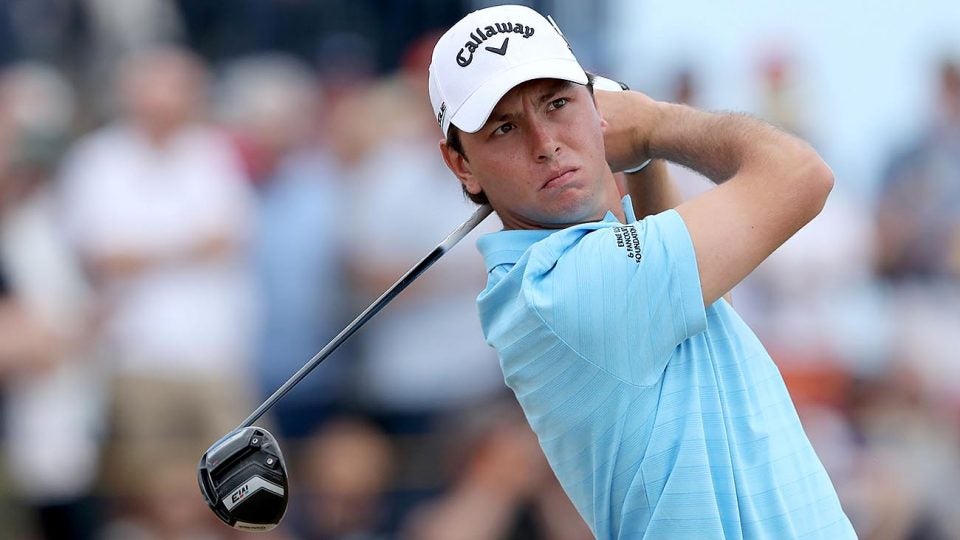 CARNOUSTIE, SCOTLAND - JULY 19: Jovan Rebula of South Africa plays his tee shot on the fourth hole during the first round of the 147th Open Championship at Carnoustie Golf Club on July 19, 2018 in Carnoustie, Scotland. (Photo by David Cannon/Getty Images)
Getty Images

CARNOUSTIE, Scotland — Ernie Els doesn’t rush. You have likely observed that over the years. So let’s just say he made his was through the lobby of the Carnoustie Golf Hotel, chunky and modern and hard by the old course, purposefully late on Thursday afternoon. Through the lobby and then a dining room and up a set of stairs there’s a makeshift corridor with blue outdoor carpeting from which a hotel guest and players and agents can watch the action on 18. He headed there to watch his nephew, Jovan Rebula, finish up his first round in his first British Open.

“Look at that drive,” Uncle Ernie said, noting the sawed-off pitch shot Master Rebula had left to the hole. Any American would have an exclamation mark after drive but Els doesn’t do exclamation marks. “He’ll be 21 on Sunday,” Els said. The day a proper South African graduates from master to mister. This is noted because Els told a story on Thursday about meeting Bobby Locke, the South African Hall of Famer, when Ernie was about 12. Locke called Ernie Master Els. Els said Locke had a “proper stomach.”

He noted, too, that Rebula, the son of Ernie’s sister and her Serbian husband, had a proper swing, with a rhythm that brings to mind his uncle’s metronome of a swing. The nephew, raised in George, South Africa, is tall and lean and he won the British Amateur this month, which is how he got in the field. It also qualifies him for next year’s Masters and British Open, provided he stays amateur. “He’ll stay amateur,” Els said. “He’s at Auburn and he loves it. He’s learning the Southern ways.”

Various players walked by Els, young and old and in between. Henrik Stenson. Louis Oosthuizen. Tommy Fleetwood. Done with their work days, they all stopped for a chat.

Rebula made a five-footer for a birdie 3 on the last for 79. Els himself had 73. Rebula stopped to give his uncle a report on his day. They spoke in their first language, Afrikaans. The young lean golfer, who learned the game at a golf foundation named for his uncle, was a half-minute into his report when Uncle Ernie said to him in English, “Go sign your card.”