Eddie Pepperell was grinding on the range earlier this week. Asked him what he's working on in his swing.

Pepperell arrived in Northern Ireland on Tuesday evening, the day most players took advantage of the good weather and played either their first or second practice round. Pepperell planned to play his first practice round on Wednesday, precisely the time the skies opened and the rain began to pour.

Fans, players, and everyone else sought cover.

Pepperell, realizing playing a practice round was off the table, went to walk the course instead, but the rain was so hard he abandoned his plans after 13 hours and went home.

“There was a little bit of the unknown,” Pepperell says, “However, I wouldn’t say it hurt me.” 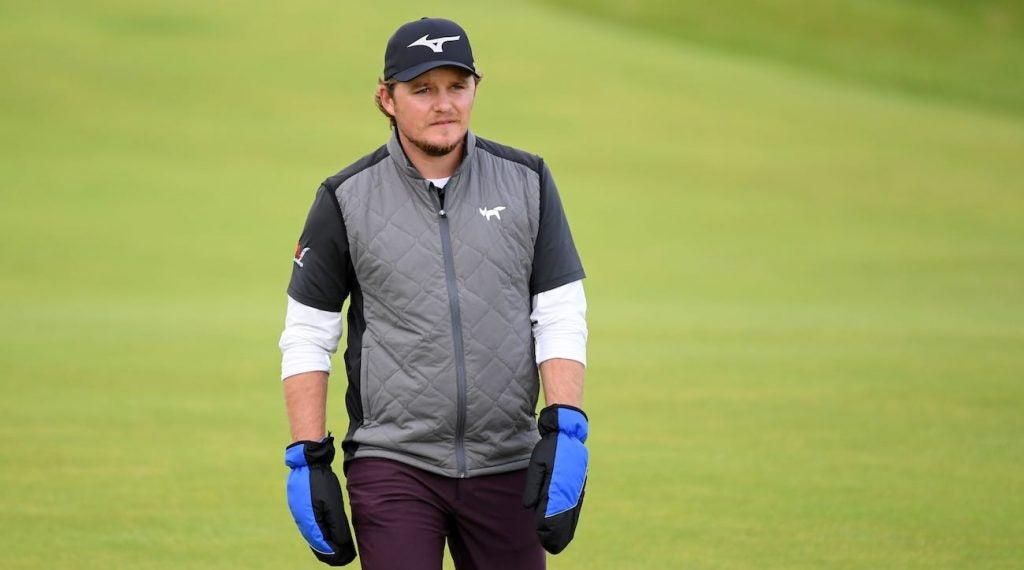 Eddie Pepperell at the 2019 Open Championship, where he's getting used to Royal Portrush on the fly.
Getty Images

Seems quite counterintuitive that not playing a practice round — or even seeing almost a third of the course at all — wouldn’t hurt his chances, but turns out this is actually a fairly common recurrence for Pepperell in majors.

“It’s not uncommon for me to not play. I’ve done it certainly in nearly every major I’ve played.” he said. “Once I saw [the rain], I walked it, which is more than I usually do.”

And why is that?

“Practice rounds at majors are so long and boring, and I can’t stand it, so I’d rather not play.”

Classic Eddie Pepperell. No practice rounds for him, because they’re too boring. But as they say: Whatever works!