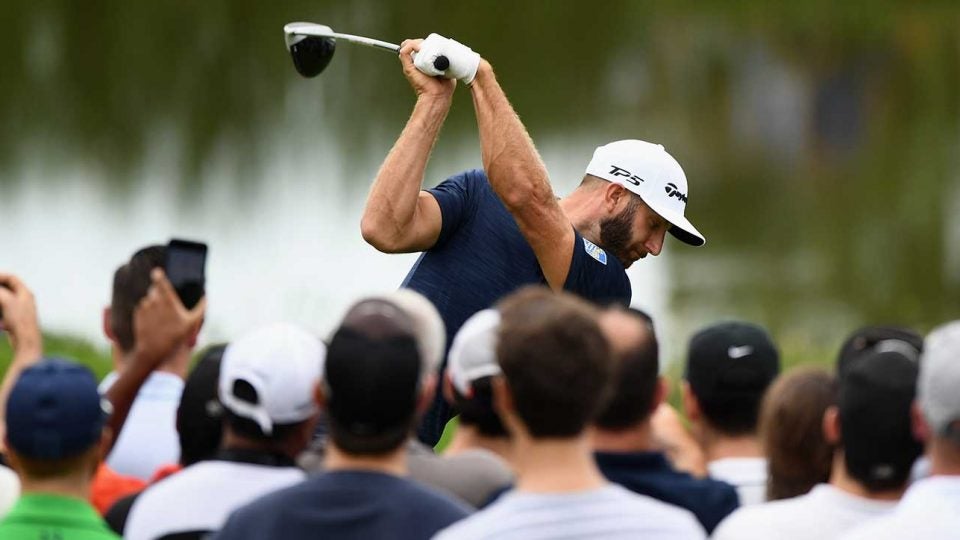 Dustin Johnson picked up his third victory of the season, and it’s now aligned him with some of the biggest names in the sport.

Johnson’s rout of the RBC Canadian Open handed the 34-year-old his 19th career PGA Tour victory, which ties him for 38th in career wins.

The names he just joined? Legends. Ben Crenshaw, Ernie Els, Doug Ford, Hubert Green and Tom Kite. All five are Hall of Famers, and Johnson’s likely to join them in the Hall several years from now as well.

Johnson has now won at least three times in each of the last three seasons. Tiger Woods was the last to do that, winning at least four times from 2005 to 2009.

Johnson’s next victory would push him into a tie for 34th on the all-time wins list. Hale Irwin, Bill Mehlhorn, Greg Norman and Doug Sanders all have 20 victories.