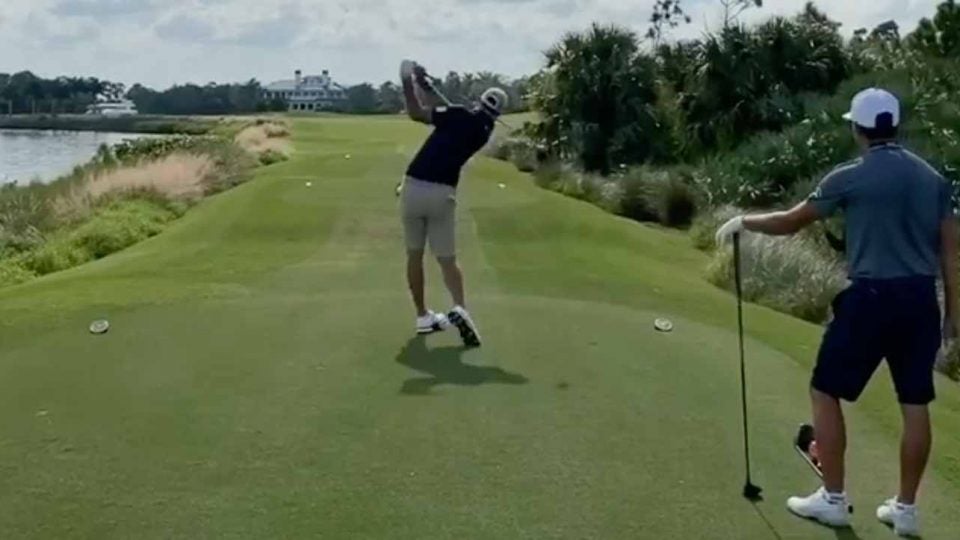 Rickie Fowler and Dustin Johnson teed it up over the weekend at the Floridian Cup.
The Floridian

With the Presidents Cup less than three weeks away, two American stars appear to be building into form. Rickie Fowler and Dustin Johnson, who have missed recent tournaments due to illness and injury, teed it up over the weekend at the Floridian Cup, playing in the same foursome and showing they’re ready for competitive action.

The Floridian Cup is the sort of tournament that reminds you of the abundance of pros that live on Florida’s southeast coast. Fowler and Johnson were just two of the Tour players that teed it up in the Pro-Member, which took place over the weekend at the exclusive Palm City club. Johnson is recovering from arthroscopic knee surgery, while Fowler missed time for his marriage — and then more time when he contracted a bacterial infection on his honeymoon. He was the last man off the U.S. Team’s roster before Brooks Koepka withdrew due to a knee injury of his own, which led Captain Tiger Woods to give the final spot to Fowler.

But both were back in action trying to dial in their games before next week’s Hero World Challenge, which precedes the team trip to Australia. Fowler, who played with club owner (and Houston Astros owner) Jim Crane, told Golf Channel’s Tim Rosaforte that his time away from golf had been the longest layoff of his career. Rosaforte also spoke to legendary instructor Butch Harmon, Johnson’s partner, who said both pros had putted beautifully — even though Johnson had tinkered around with 10 putters in the half-hour before their tee time.

Fowler was experimenting with some new gear, too: our Jonathan Wall spotted a new set of Cobra irons in his bag.

The event featured the Floridian’s 18-hole layout as well as the par-3 course, designed by Harmon himself. There were odds set for each team (Fowler and Crane were among the favorites at 5/1) but in the end it was Corey Conners and his partner Kevin Sullivan (15/1) who won the event, while Fowler and Crane finished runners-up. Johnson and Harmon were T4. 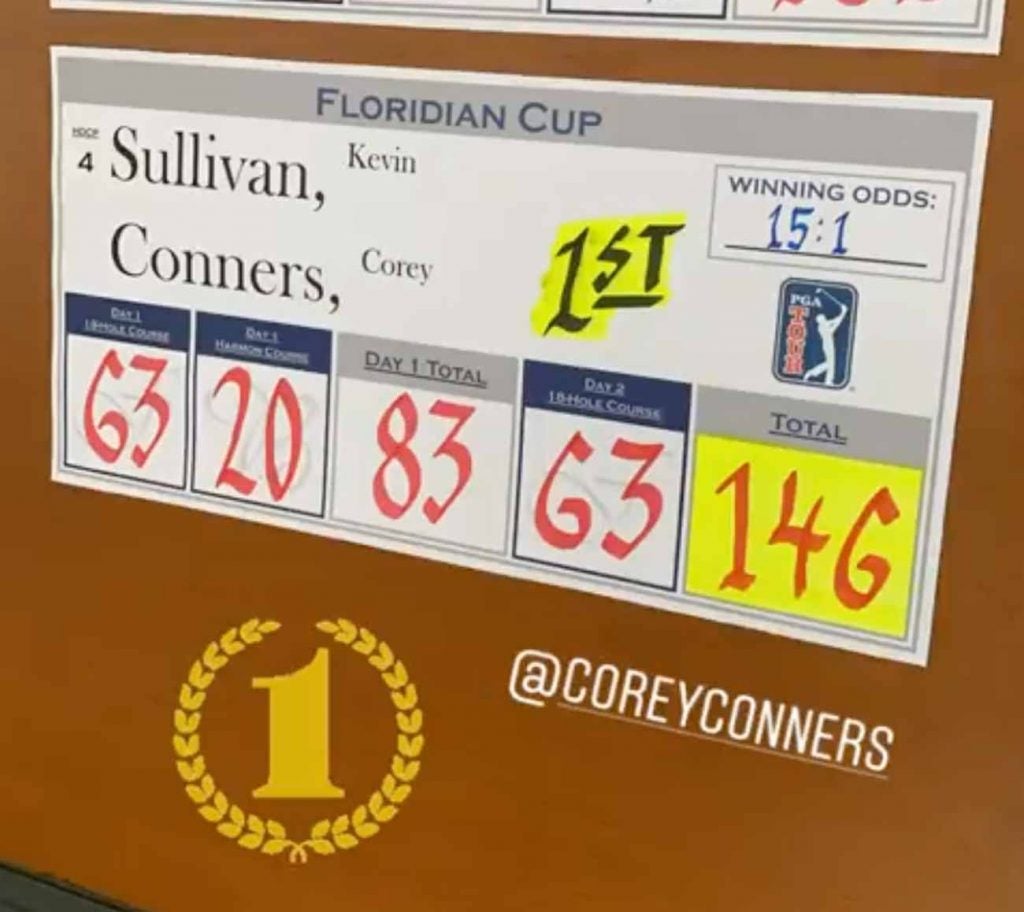 Corey Conners and Kevin Sullivan won the Floridian Cup with a two-day 146.

You can see Fowler admiring Johnson’s tee shot on No. 18 below.