Dream day? Pro fires 68 at British Open before round at Old Course 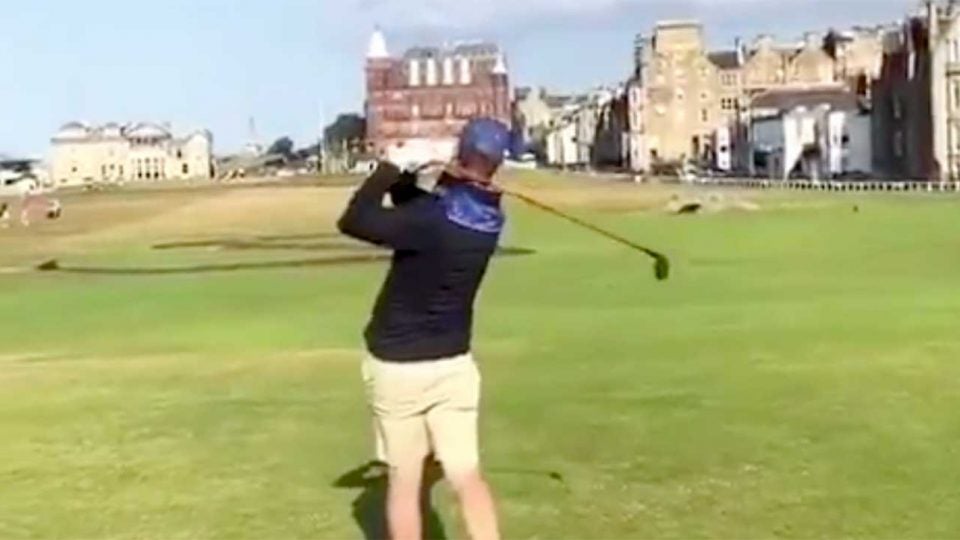 Brandon Stone had quite the day, the British Open and St. Andrews.
European Tour

The beauty of Scotland lies in its never-ending supply of daylight and the many enchanting golf courses at one’s disposal. But no need remind Brandon Stone.

Stone won the Scottish Open last week to claim a spot in the British Open field, and he had a 8:36 a.m. local tee time on Thursday morning. He then continued his strong play by shooting a three-under 68 — two off the first-round lead — but he wasn’t done with his day.

He traveled about 25 miles south and played a round at the most historic golf course in the world, St. Andrews’ Old Course. And in true throwback fashion, he did it with hickory clubs.

Stone has a later tee time on Friday, so he’ll have to hustle to get his 36 in.

AM: Shoots 68 in The Open at Carnoustie