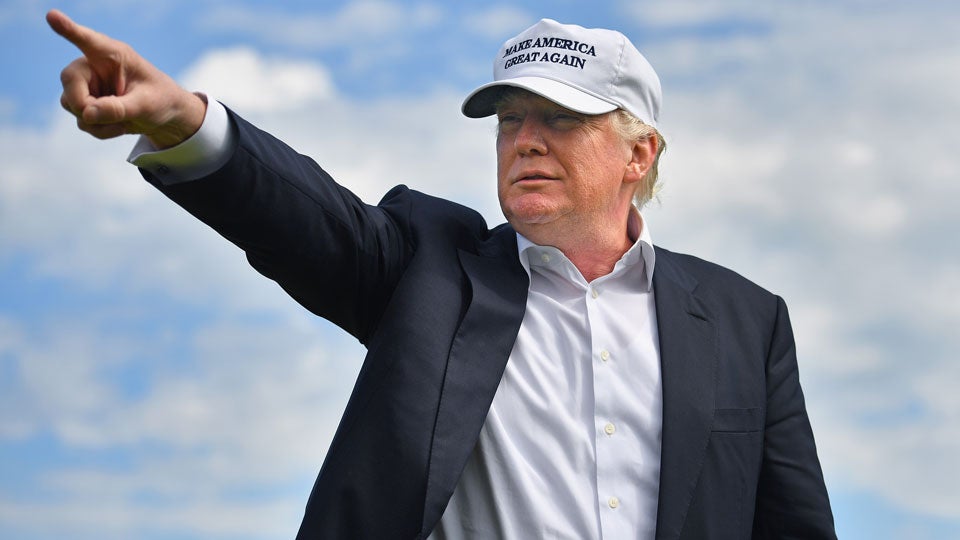 According to The Washington Post’s David Fahrenthold, the Republican presidential nominee refused to pay the winner of a hole-in-one contest at a charity golf tournament held at one of his courses and later used money from his charitable foundation to settle the resulting lawsuit, actions that might have violated laws against “self-dealing.”

In August of 2010, Martin Greenberg, CEO of Sterling Commodities Corp., hit a hole-in-one on the 13th hole at Trump National Golf Club in Westchester County, N.Y., winning a $1 million prize. Or so he thought.

The contest’s rules stipulated that the shot had to travel at least 150 yards, and according to The Post, tournament organizers had set up the tee short of the mark.

Greenberg sued, and when the parties settled, the Trump Foundation donated $158,000 to the Martin Greenberg Foundation, which Rosemary Fei, an expert in nonprofit law, says is illegal.

“Yes, Trump pledged as part of the settlement to make a payment to a charity, and yes, the foundation is writing a check to a charity,” Fei told The Post. “But the obligation was Trump’s. And you can’t have a charitable foundation paying off Trump’s personal obligations. That would be classic self-dealing.”

When reached for comment, Jason Miller, a senior spokesperson for the Trump campaign, issued a statement to GOLF.com denying The Post‘s allegations and attacking the paper, its reporter and Hillary Clinton.

“In typical Washington Post fashion, they’ve gotten their facts wrong,” Miller said. “There was not, and could not be, any intent or motive for the Trump Foundation to make improper payments. All contributions are reported to the IRS, and all Foundation donations are publicly disclosed … The Post‘s reporting is peppered with inaccuracies and omissions from a biased reporter who is clearly intent on distracting attention away from the corrupt Clinton Foundation, a vehicle for the Clintons to peddle influence at the expense of the American people.”