In 2011, during CBS Sports’ broadcast of the AT&T Pebble Beach Pro-Am, coverage cut to a blimp’s-eye view of the Monterey Peninsula, replete with beauty shots of a stunning seaside layout.

Jim Nantz gushed his appreciation. David Feherty let out an audible sigh. The images amounted to a very pretty promo.

Too bad they were off-brand. The course wasn’t Pebble Beach. It was Cypress Point.

For the uninitiated on their way to Pebble this week for the 2019 United States Open, a primer on that other course might come in handy.

Its clubhouse sits less than a mile from Pebble, but for the average golfer, it might as well be located a world away. Designed by Alister Mackenzie—the same dude behind Augusta —and first opened for play in 1928, Cypress Point is an intensely private place. Always was. Always will be.

Throughout its history, its membership has drawn from rarefied circles in business, sports, politics and entertainment. Bob Hope, Bing Crosby and Arnold Palmer all belonged, just as Charles Schwab, Charles Schultz and Clint Eastwood do today.

For decades, when the AT&T pro-am was still known as the Crosby Clambake, Cypress Point was part of the tournament rota. But that ended in 1991, when the club, under fire for not having any black members, cut its affiliation with the event. Though the club said its by-laws did not exclude by race, nor did it want to bend its procedures simply to accommodate outside demands. 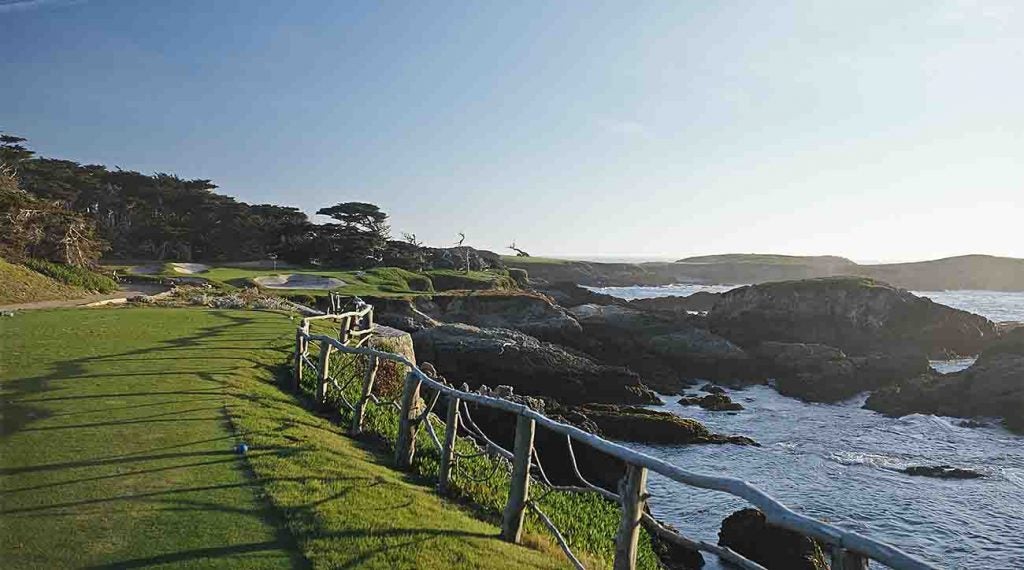 There was already a lengthy waiting list to join. With membership to Cypress Point comes access to a course that rates atop a short list of the finest anywhere. Many believe there is none better. On Golf Magazine’s current list of Top 100 Courses in the World, Cypress Point ranks number two, behind only Pine Valley, in New Jersey. Among architecture buffs, though, there is near-consensus that while Pine Valley might be the better design and the stouter challenge, Cypress Point offers the better golf “experience”—more enchanting to walk, more delightful to play.

Some think of Cypress Point as three courses is one. It opens in the dunes, teasing you with glimpses of the ocean, then ducks into the forest before spilling from the trees back toward the coast and rushing hard along the water.

Or you could describe it as David Feherty did in a 2011 column in Golf Magazine, in which he named Cypress Point as his favorite place to peg it. The course, he wrote, “starts by spreading its Mackenzian fingers through the dunes as if to grab a firm hold on dry land, so it can dangle its lower extremities into the Pacific with confidence.”

Those extremities include the astounding par-3 16th, which plays out to a point, with an across-the-water carry, and the 16th’s Mini-Me, the pint-sized 15th, which plays over an inlet and could be fairly thought of as an even better hole.

There are many ways to learn more about Cypress Point. Possibly the best is to read The Match, by Mark Frost, which chronicles a near-folkloric fourball that pitted Ben Hogan and Byron Nelson against Ken Venturi and Harvey Ward. It’s a page-turner that doubles as a deep-dive history.

One downside to reading about Cypress Point is that it’s liable to make you want to play it. That’s an itch that’s challenging to scratch. Membership carries a reported $250,000 initiation fee, and that’s not the biggest barrier to entry. You don’t ask to join. You have to be invited, and it’s less about your purse-strings than your pedigree. At last credible count, there were 250 members. Among the most recent enlistees are the actor Chris O’Donnell, former NFL-er Harris Barton and Mr. Hello, Friends himself, Jim Nantz.

If you know any of those folks, maybe they’ll help you out.

Otherwise, you can join the rest of us and resign yourself to enjoying Cypress Point by way of books, drive-by’s and blimp shots.