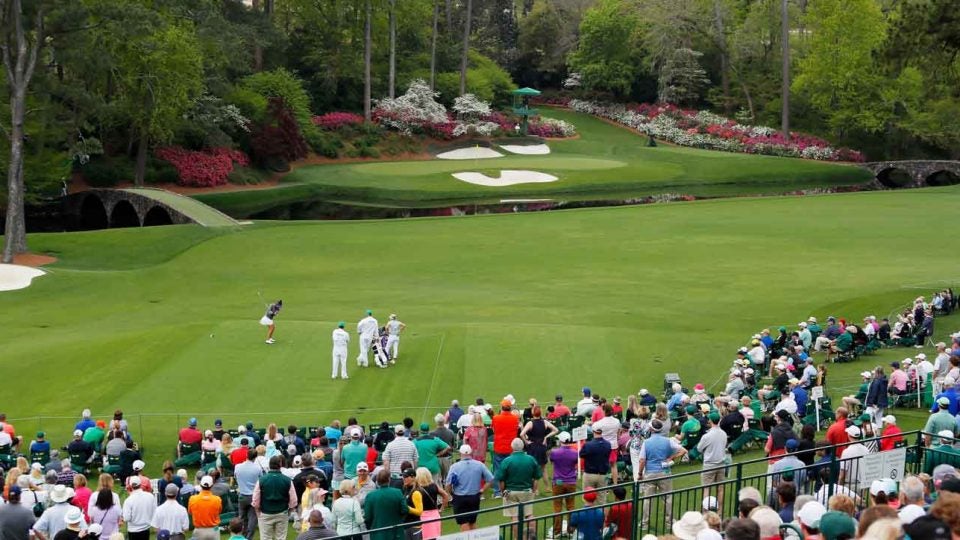 Sahith Theegala remembers him and his friends milling around practice greens when somebody would inevitably drop a ball and go, “K, six-footer. I make this putt, I win the Masters.” As a kid, it’s fun to dream.

“It’d all be all-square going into 18 in match play, final match, the guy hits to eight feet, and I’m short-sided and I’m down slope, just totally screwed,” the Pepperdine senior says. “And I just hit a miracle shot that somehow goes in, he misses, and I win. It’s all theoretical and kind of a joke, but something like that would be legendary.”

“I’m on the last hole with my coach walking with me. I have to make birdie to win the team title,” the Furman senior says. “I stick my approach to a foot to win the NCAAs. My team goes nuts, and we have just won the event.”

Theegala, Srinivasan and Matthew Bachmann of Marquette dialed up their fantasies quickly. As lifelong players, they’ve had them for a while. Each said they’ll keep them, too, as Theegala, Srinivasan and Bachmann are coming to grips with the NCAA’s decision on March 12 to end the winter and spring seasons due to the coronavirus – effectively ending their final years. 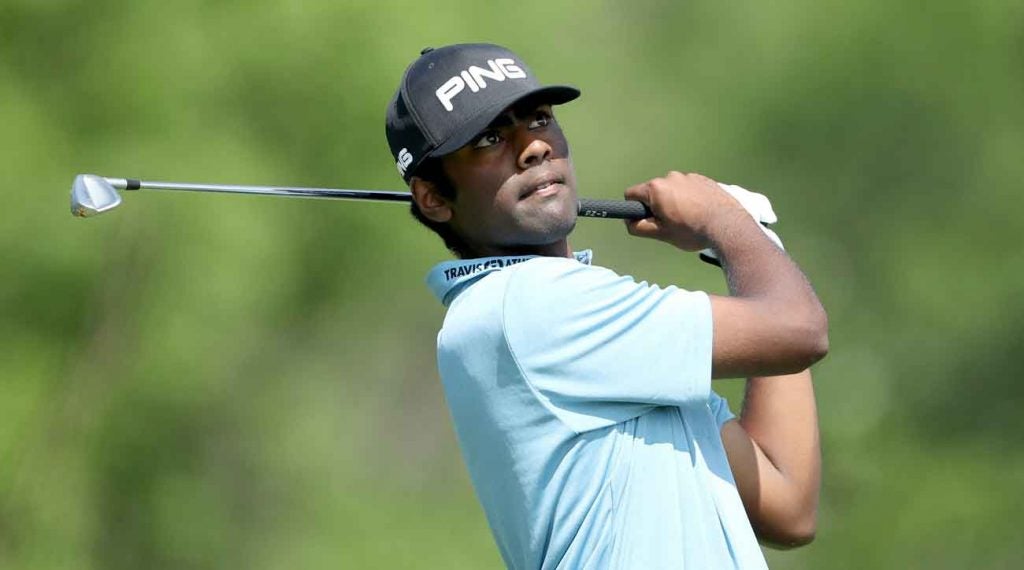 Pepperdine senior Sahith Theegala was the top-ranked player in the country before his season ended.
Getty Images

“Obviously it sucks not being able to compete for the national championship this year and really, really prove it, but just looking at the progression the last four years just kind of shows it all, what this team is about,” said Theegala, who along with Srinivasan, was the top-ranked active player, according to Golfstat. “We’ll always have that going for us, which is something we can look back on fondly, even if we didn’t play for that national championship, just the incredible progress that we had.”

The trio can also quickly recite where they were when they heard the news. Bachmann was standing on the 11th hole at Callawassie Island Golf Course in Okatie, S.C., when his roommate and teammate, Matt Murlick, showed him a tweet. They’d been fishing for news about the NCAA basketball tournament. About three hours north, Srinivasan received a screenshot of the news over Furman’s group chat.

Theegala was carrying his clubs from his car for a practice round at North Ranch Country Club in Thousand Oaks, Calif., when he got a text. “Hey, is this for real? The NCAA just canceled,” it said. He didn’t respond and walked to the practice green, where teammates were also receiving the news. As it started to rain, they went into the grill room.

“It happened so quickly,” said Theegala, who admitted that he wished the NCAA would have postponed play instead of canceling it. “We had qualifying the next day. We just had a good practice the day before, thinking about how we were going to get better and how we can start ramping up for the postseason. And all of a sudden it came crashing down and shut down immediately. We just kind of sat in the clubhouse and were in silence for a little bit because obviously we felt this year was very special for us.”

“When you consider the larger context of what’s going on, we’re very fortunate to get that opportunity to compete and play college golf in the first place. For it to be cut short is tough, but you kind of have to appreciate what’s happened along the way as well. It’s not all bad.”
Marquette senior golfer Matthew Bachmann

Each player understood the decision. Bachmann said he had been following coronavirus news since the end of January, and his teammates were “freaked out” at his updates. But he knew what might happen.

“I don’t know if I read too much, but it was definitely something on my radar for a while, and by the time that decision came, in a sense for me, it was a bit of a relief knowing that action was finally going to come,” he said. “As we’ve seen, the NBA shut down and then college kind of followed the lead. The sports world is what ignited a lot of action in our country. I think looking back, I definitely agree with the decision, and I think it shows the power of what influential groups like that can have over our country.”

In the weeks since, Theegala, Srinivasan and Bachmann have continued with classes, though online. There have been group texts and video meetings with their teammates, Netflix and video games. Play has been alone, if at all. Srinivasan has managed to practice daily, while Theegala has played just once, and Bachmann’s clubs have been stored away.

“Hitting a few putts here and there, but that’s been about it,” said Theegala, who was also one of the athletes who honored the death of the NBA’s Kobe Bryant earlier this year when he put on a Bryant jersey on the final hole of a tournament he won. “It sucks, because I really want to go outside and play.”

Through an NCAA decision recently that restored the eligibility of spring athletes, Theegala, Srinivasan and Bachmann could possibly return. They likely won’t. Bachmann has been applying for jobs, with hopes of one day landing an apparel gig. Srinivasan, who tied for 17th last year at the first Augusta National Women’s Amateur, says she will turn pro sometime shortly after graduation. Theegala, too, hopes to start professional play, but wouldn’t rule out returning if his options are limited due to the coronavirus.

If it’s indeed it, they leave proud.

“I was just looking at all the positive opportunities I had this semester, and looking back through all this, that has been what has helped me get through this tough time,” Srinivasan said. “Our team has had so many positive memories, and I am so glad that I had the opportunity to play with these girls one last time this year.”

“When you consider the larger context of what’s going on, we’re very fortunate to get that opportunity to compete and play college golf in the first place,” Bachmann said. “For it to be cut short is tough, but you kind of have to appreciate what’s happened along the way as well. It’s not all bad.”