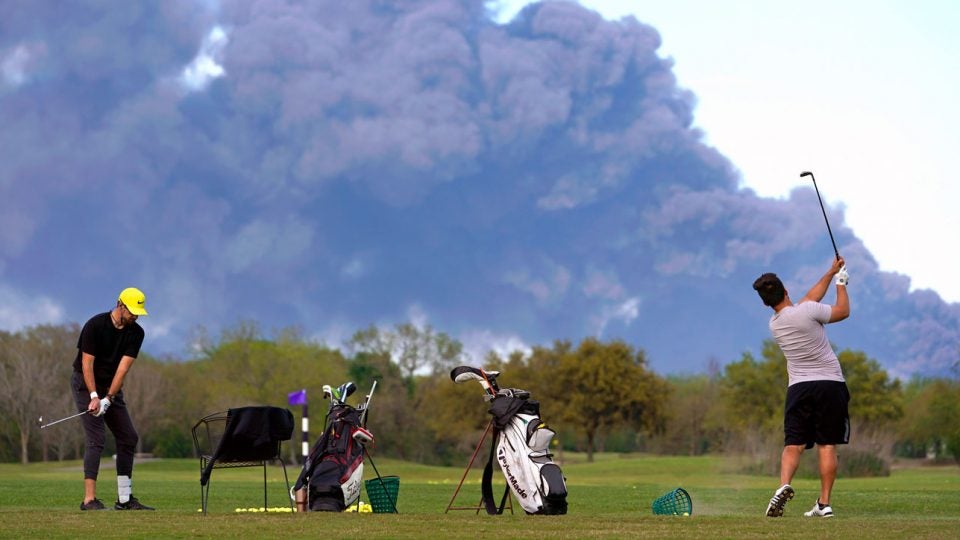 A dangerous chemical fire continues to burn outside of Houston, Texas, but that’s not stopping a couple of hardy golfers from getting in some practice on the range.

You’d think people would be wary of going anywhere near those toxic smoke clouds, but, based on the photo in question, you would be wrong.

News
PHOTOS: Golfers brave erupting volcano in Hawaii to sneak in a round

On Tuesday, photographer Melissa Phillip of the Houston Chronicle captured two golfers practicing on the range at nearby Battleground Golf Course with giant plumes of smoke from the chemical fire towering above them. 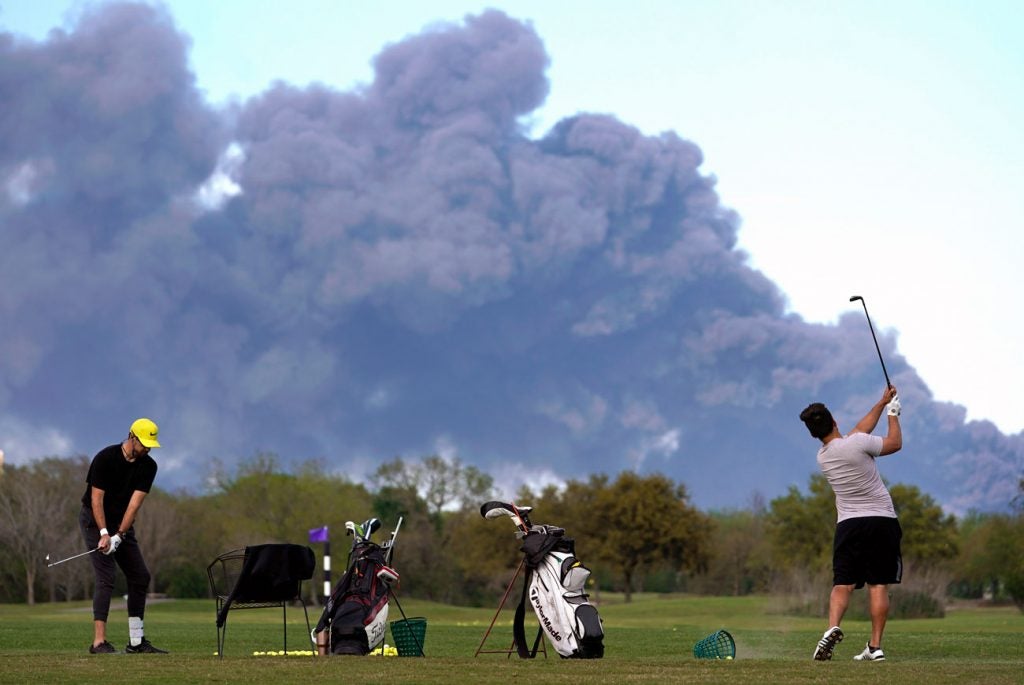 According to the Houston Chronicle, various chemicals were ignited in the fire, including “Naphtha and Xylene, two components used in gasoline,” as well as “Toluene, a chemical used in nail polish remover, glues and paint thinner.”

The Chronicle notes that “health officials warn of side effects from exposure to these chemicals.”

Despite that warning, Harris County Public Health officials said in a statement that the risks are low for local residents “because the smoke is several thousand feet above the ground.” However, they do warn that anyone experiencing suspicious symptoms should contact their healthcare providers.

There are no reports of any damage to the golf course, which is fortunate considering the seriousness of the blaze. Two historic golf clubs were not so lucky over the last year. The clubhouse at National Golf Links on Long Island was damaged by fire in April. Then in December, the ancient clubhouse at legendary Machrihanish Golf Club in Scotland burned to the ground.