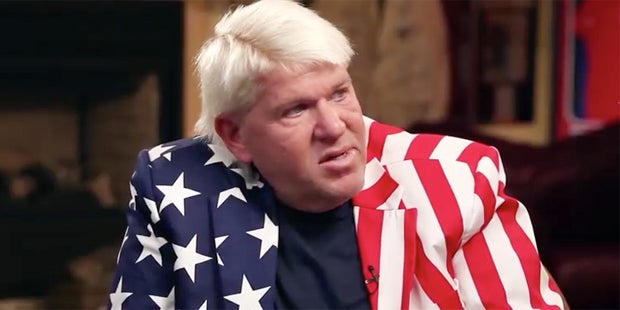 If you could dress up as one golfer for Halloween, wouldn’t the obvious choice be John Daly?

These guys thought so too.

The Jordan Spieth and caddie Michael Greller idea was great as well, but Barstool Sports posted an Instagram photo on Thursday of what looks to be a father and his son ready for trick-or-treating — and it rivals the Spieth-Greller duo.

The kid’s got it all: blond wig (we hope it’s a wig), crazy pants, mini driver and, uh, a fake cigarette.

If there’s a better Daly costume out there, we haven’t seen it yet. Here’s to more dads passing down the legend of John Daly to their children.